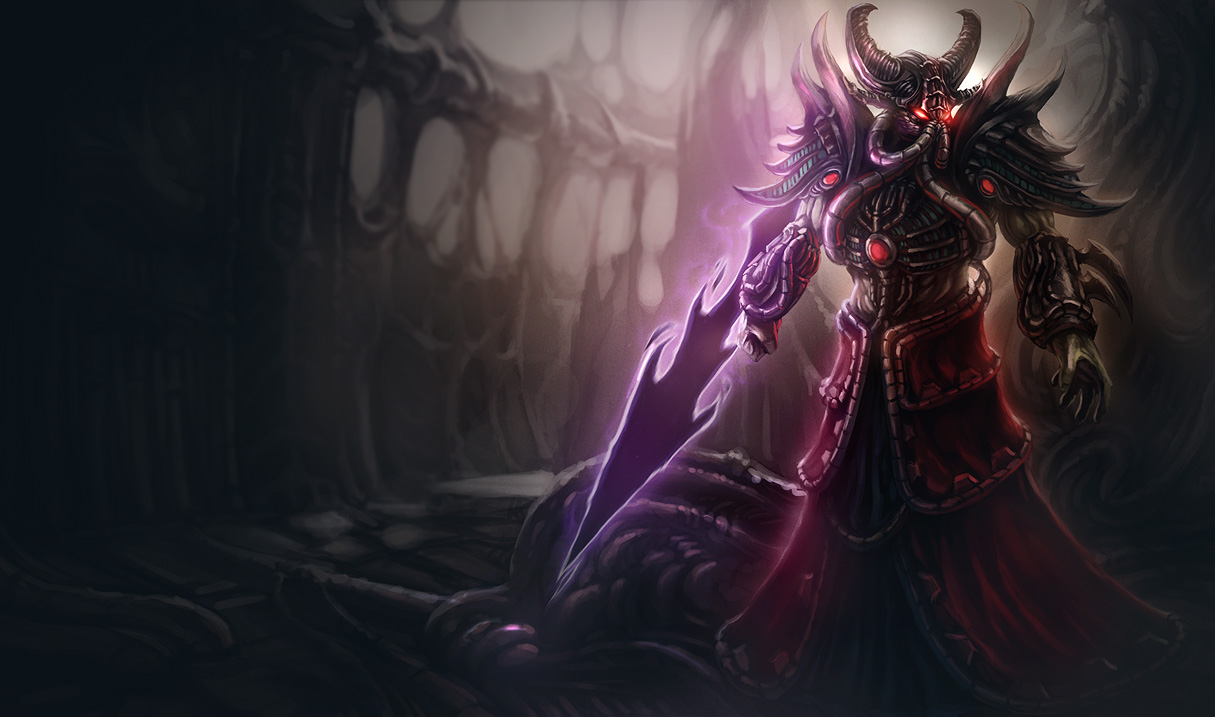 I want to talk about kassadin, a champion that got completely forgotten after the 5.4 nerfs but riot gave him some love. I will try and convince you why he is just as good or even better than on 5.3 when he was a top tier pick in both soloQ and competitive play.

I made a video about this so if you rather listen to my explanation check here: https://www.youtube.com/watch?v=vDvJA5JxJt8
Not the best quality, apologies for that.

A big nerf, the slight mana cost reduction hardly makes up for the range decrease from riftwalk. It was pretty obvious after a few games that kassadin was not very strong anymore on the highest lvls. His engage and poke potential during teamfights were very weak and long range marksmen could easily dmg him without response.

Only buffs this patch, the range slightly increased, even less mana costs so you can ult more before it stacks to high in cost and reducing the cooldown to jump more frequently. Remember that kassadins ult stacks multiplicatively so it goes 50/100/200/400/800 (stacks 5 times maximum.) so 10 mana seems small but it’s a lot more impactfull in the big picture. the cd reduction on riftwalk also seems linear but it’s stronger on lvl 16 since the cd got reduced by 33% while only a small 15% at lvl 6. All of this is nice but it didn’t really convince players.

Finally, let’s look at the overall difference between 5.3 and 5.5 since it seems like most ppl just look patch to patch.

His overall burst never got touched in these patches, don’t forget that. Overall he lost some range on his ult but now he can ult more often for less mana which makes sure that he can actually afford to ult more often.

Where does that put him really, well let’s take an example.

So you pay 225 more mana to jump 100 range less far but 1 second quicker. I think overall I can live with that since his dmg is unchanged. Realise that overall his dmg is bigger since his ult will be cast one more time and it stacks one more time which also increases the dmg of the ult itself. Riftwalk damage is very low but you get that little bit of extra burst in and it’s easier to get a lich bane proc if you bought one. Other than pure range, the fact that you jump 4 times means that you can potentially jump over 4 walls, overall increasing the effective mobility of his ults.

Of course his overall range potential early got nerfed but with less mana costs it will be easier to still fight with other abilities, and the lesser cd makes easier to all in or to escape over walls more often. In a vacuum his ult isn’t really nerfed that much in terms of range and the buffs in mana and cd open up the field for even more mobility which good kassadin players can abuse especially in close quarters like the jungle.

Yes in many occasions you’ll always have less range but you will always have more mana to use, more dmg and less CD to make plays. If you adjust to the range and realise you can’t jump over every wall anymore you’re fine, more than fine imo.
Kassadin in 5.5 is at least as strong as before, his laning is still very safe against most AP champs and his kill threat lategame on the backline plus just overall cleanup potential is huge.
The way I like to describe kassadin: a reset champion that doesn’t need kills to get a reset. you’re a kha’zix that just hops whenever he wants and cleans up the fights while doing tons of damage.

3. Where is he in the current meta?

Well he is a sleeper atm, unless some teams start playing and winning with him he won’t come back I’m afraid. Maybe you can help with that, start playing him in ranked again, in normals. He is freelo against so many top picks atm. If you don’t think he is worth banning or picking in ranked, fine. Then I will and destroy your team with him. Even competitive he is a very usefull pick, still a flex pick that can be used top, one of the few AP champs that has no problems with Leblanc and even outscales her.

I hope I convinced the doubters and I will bring out an actual guide how to play him, matchups etc so you can also play him in soloQ or just realise when he is a good pick competitively.