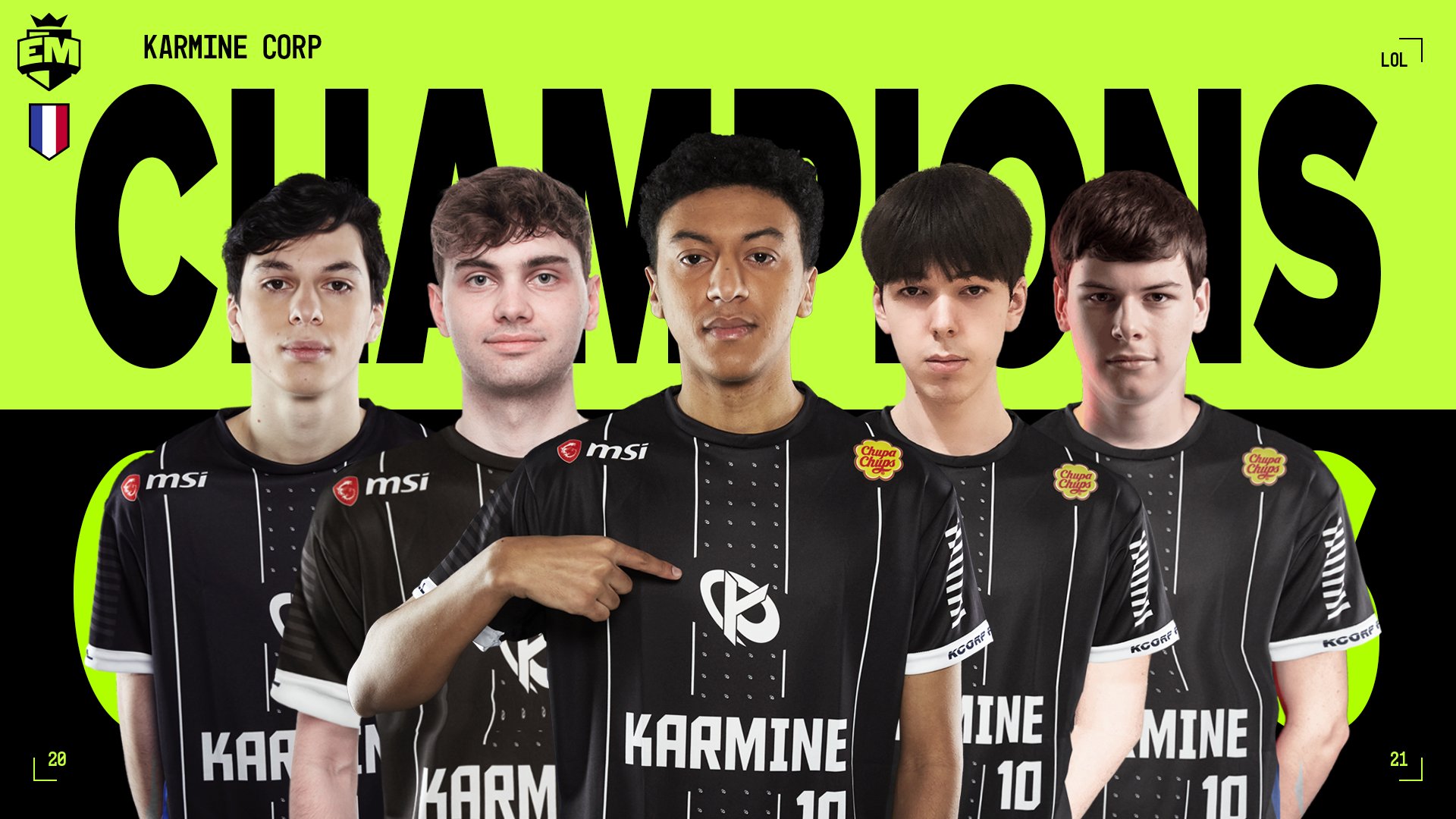 EU Masters Spring has drawn to a triumphant close. As the premier home of young League of Legends talent in Europe, the European Masters circuit is an opportunity for talented rookies to prove their worth on what is, for many, the biggest stage of their careers so far. And today, LFL representatives Karmine Corp proved they are the strongest team in Europe’s emerging regions with a 3-1 win over the NLC’s BT Excel.

The series looked to be KCorp favored heading into the finals. They dropped only two games in the entirety of their EU Masters run to the finals and had taken down BT Excel twice in the tournament’s group stage. But the 3-0 predicted by many proved to be an overconfident prediction. After going into an almost 10,000 gold deficit, BTXL swiped the first game from under KCorp’s noses with a well-executed teamfight.

As has been the case throughout EU Masters, BTXL’s AD carry Deadly was the difference-maker for their opening game. Alongside him was ex-LEC top laner Orome, whose unkillable performance on Ornn set up the perfect engages for Deadly to clean up on Jinx. The surprising victory for BTXL could have been the start of a heroic upset from the NLC representatives. But unfortunately for the team, KCorp came into the second game with laser focus after the comeback.

BTXL didn’t take their foot off KCorp’s necks the entire series. Every game came down to numerous late-game objectives and nail-biting teamfights, and both teams fought their hearts out. KCorp, however, proved their early-game macro could not be underestimated, securing the vast majority of early dragons throughout the series. Stacking dragons has proven an incredibly viable strategy in the current meta, and BTXL were no match for a buffed-up KCorp running at them from all angles across the Rift.

It’s hard to narrow down a star performer for KCorp throughout the course of the tournament, but a strong argument can be made for mid laner Lucas “Saken” Fayard. After a brief stint as a substitute for Vitality in the LEC, he’s dominated the LFL all throughout the Spring Split. Famous for control mages like Orianna and Ryze, he’s been the sturdy pillar of KCorp all throughout their EU Masters run. An honorable mention goes to AD carry Matthew Charles “xMatty” Coombs, the first EU Masters finalist to hail from the United Kingdom, whose incredible performances on Aphelios, Jinx, and Ezreal carried KCorp through teamfights all throughout their championship run.