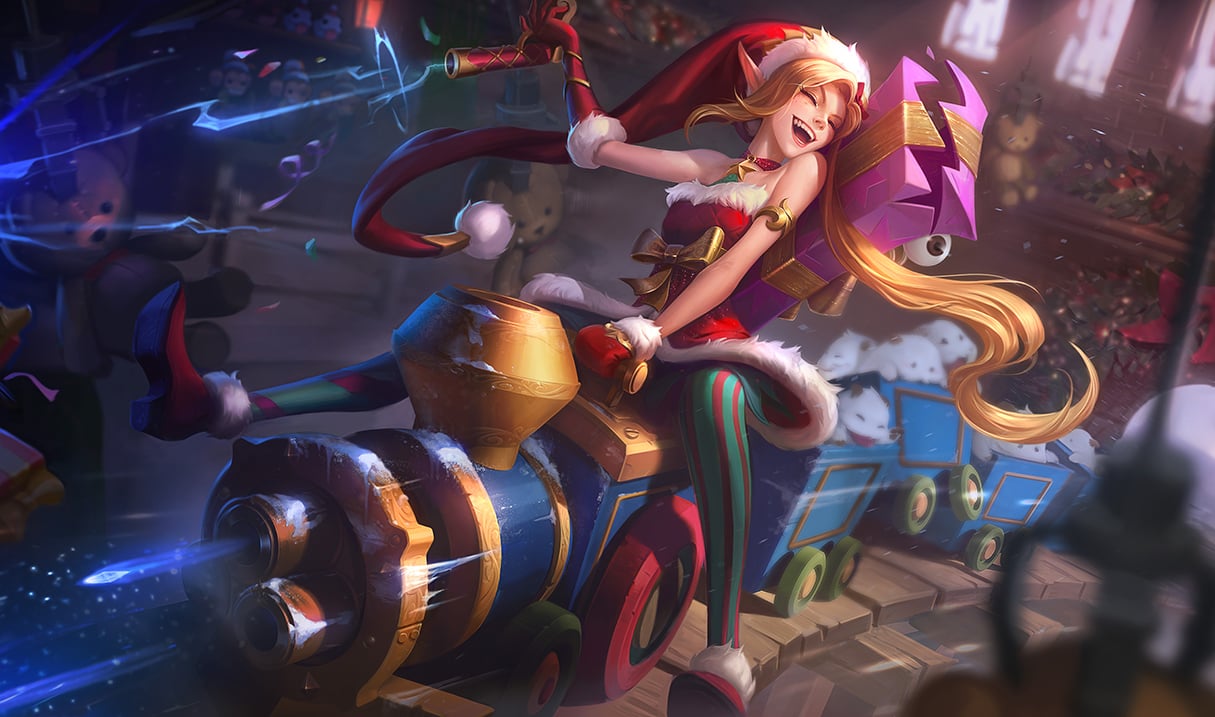 Jinx hasn’t had an easy go the past year or so. She’s been one of the least played and least successful marksmen in League of Legends for a long time—until recently.

She was buffed in Patch 8.2, gutting the attack speed stacking from her passive and level-based attack speed on her minigun, and it was replaced by a cranked-up attack speed buff from the ability’s rank. It was increased from 70 to 130 percent at max rank, which was a monstrous buff.

The thing is, though, since the level-based attack speed was removed from the ability, you don’t feel the buff until Jinx hits the later stages of the game, when attack speed matters much more. That might be why it took players so long to really figure out that Jinx is so much stronger, simply because the buff wasn’t as straightforward and up in their faces as regular buffs are.

She is much stronger though, the stats don’t lie. Jinx is now one of the top two or three most successful marksmen in the game, depending on the day, according to League stats site OP.gg and Champion.gg. Not only has her winrate skyrocketed, she’s also more popular than she’s been in a long time with a playrate hovering around seven percent. She’s not the only one, either.

The ADC meta as a whole seems to have evolved into something much stronger than it previously was. Last season, ADCs were at the mercy of other carries on their team due to insane crowd control and comically large health pools running the show. This season, though, they can assume the roles of carries much easier. Again, the stats don’t lie.

Only five ADCs in the game have winrates below 50 percent, according to Champion.gg—Kalista, Lucian, Jhin, Ezreal, and Miss Fortune. Most people wouldn’t count Ezreal, because his winrate is probably bogged down largely because of his insane 15 percent playrate. That means that, aside from these five, the other 12 ADCs in the game have winning records.

To put that into perspective, 71 percent of the game’s ADC champion pool wins more games than they lose, even if only by a little. This means that the marksman is the most successful role in the game by a long shot.