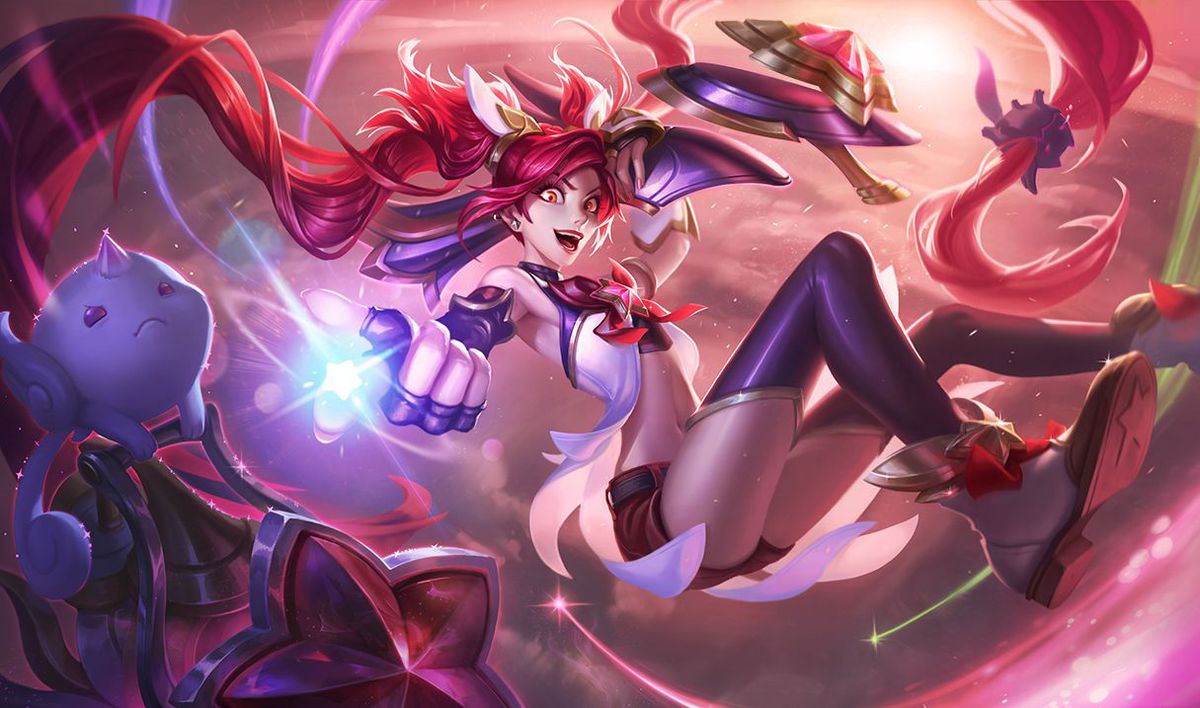 While other hyper-carry lategame ADCs like Kalista, Kog’Maw, and Twitch have been bolstered by the new rune system this preseason, the crazed, explosives-obsessed Jinx has been left in the dust. That’s why Riot is planning a massive buff for her in Patch 8.2, according to the latest PBE update.

The buff is a simple one—it raises the attack speed boost from her Q’s minigun form so that she scales harder into the lategame. Although it sounds innocent enough, the sheer amount of attack speed being added onto the boost is mindboggling.

You read that correctly—130 percent.

The clip we recorded above was played with an average lategame build, but even if you’re in the game for just 30 minutes, the only items she won’t have are the Lord Dominik’s and the Rapidfire Cannon, and only one of those affects her attack speed. On top of that, the clip wasn’t filmed with any Legend: Alacrity stacks at all, so realistically, attack speed would climb even higher in an average game.

Now, this is certainly a dramatic buff to Jinx’s lategame power. With a maxed-out Q at level seven or eight, it’s actually more like a massive buff to her midgame, too, but that doesn’t necessarily mean it’s too much.

After all, Jinx is severely underpowered right now, due to her lackluster damage when compared to Vayne or Kog’Maw. With a buff like this, she’d certainly be in the running. Despite being sorely needed, though, this does seem like overkill, even if only by a little. Even if Riot capped the Q’s boost to 100 percent attack speed, which isn’t much less than it is now, it would feel healthier. As it stands though, it’s a tad much.

These changes hit the PBE this week, and as with any PBE update, there’s a chance it will be changed or even completely removed before making it live in Patch 8.2. If it does make it all the way, it will certainly be a game-changer.