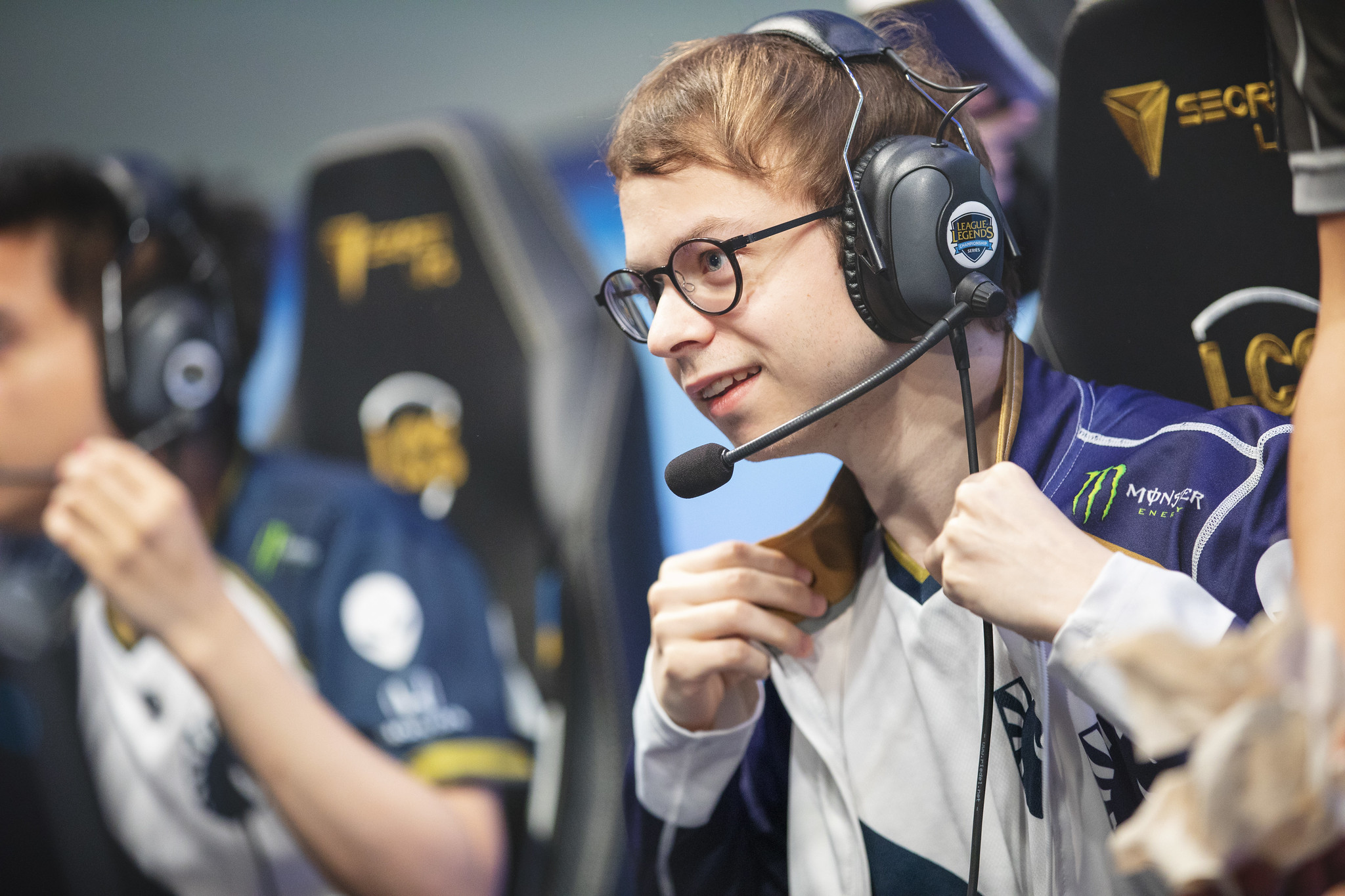 It’s been almost two splits since Jensen left Cloud9 to join Team Liquid. In addition to wearing a new jersey and adding “TL” in front of his name, a lot has changed for this veteran mid laner. The biggest difference? The change in atmosphere at Team Liquid.

“I think people think that TL would be a more stressful environment and all that, but honestly—it’s obviously serious and all—but it’s just that they care a lot about player comfort here,” Jensen told Dot Esports.

He added, “Since we are all very experienced, we all know what’s best for us what’s most comfortable for us and then you know, obviously, we just find a balance between us and the management to find a good base for what feels comfortable.”

When Jensen switched to Team Liquid, it was the end of an era. Since 2015, he had been the starting mid laner for Cloud9. And for four years, he was consistently rated as one of the top performing mid laners in the LCS. Despite Jensen’s individual prowess, he was never able to accomplish his goal of winning the NA title.

Cloud9 and Jensen have come close to taking home first place multiple times. Their latest attempt was against Team Liquid during the Summer 2018 finale. Jensen was one series away from a first-place finish, but Liquid crushed any hopes of making that dream a reality. The series ended 3-0 with Team Liquid claiming the number one spot in NA once again.

“I think one of the things that was really painful for me when I was on C9 [was] obviously losing in finals over and over and just losing playoffs. Never being able to win—like that sucked,” he said.

The year continued with Cloud9 later making it to semifinals at Worlds. This wasn’t enough for Jensen, however.

On November 19, he officially made the move from Cloud9 to join Team Liquid. About five months after that, he finally took home a first-place trophy after years in the LCS. Although winning NA was monumental for Jensen, he has had moments where he felt he could have won with Cloud9 last split.

“I honestly think if I was on C9—I mean this could obviously be a wrong feeling—but I really feel like we would have won last split,” he said. “It’s all hindsight. But yeah, I really feel like C9 stepped it up last split. When I was on C9, we weren’t really improving much. I didn’t see much growth in the team, but they definitely played better than I expected.”

It’s impossible to know, of course, if Jensen would have seen the same success if he’d continued with Cloud9. He believes, however, that moving to Team Liquid was the correct choice no matter what happened in spring.

Now that his goal to win NA has been completed, Jensen has his eyes set on the primary reason he left Cloud9: a chance to win Worlds. Though the team went out in the semifinals last year, he still felt as though he couldn’t progress internationally while in Cloud9.

“I think a big reality check [was] when we lost against Fnatic in semifinals at Worlds,” he said. “I realized these players are way better than us in almost every position…I thought there was no way I would ever win worlds if I stayed on C9. I just thought if I wanted to try to win something I had to try to make a change and it wasn’t to win NA.”

He added, “I realized [at] Worlds last year that any region can actually win it if you just try hard enough and if you play good enough. So I thought with TL it would actually be possible to win Worlds if I made the change.”

Cloud 9 were the first North American team to reach the semifinals since season one. When compared to Cloud9, Team Liquid clearly has less experience performing—let alone attending—Worlds. But Jensen believes if he had been on Liquid last year, their run wouldn’t have ended so quickly.

“I really thought when I looked at TL, their mid laner was a big weakness point for the team,” he said. “I don’t think Pobelter’s like super bad individually, but I just don’t think he really clicked too much with the team, so he would be exposed by the better teams internationally. So yeah, I thought if I was in that position—I thought for sure TL would look way better.”

Before heading to Worlds, Team Liquid and Jensen still have a split to finish. They’re in sole possession of first place with a 12-4 record. Right behind them is CLG with an 11-5 record. The team has remained resilient throughout summer and show no signs of slowing down.

“I think we are playing really well right now, so it’s hard for us to really improve a lot more,” he said. “So it’s just maintaining what we’re doing right and just keeping up with the meta basically. I expect other teams to catch up more towards playoffs. Then we’ll just see how they do, because I think it’s just really up to the other teams to improve.”

It’s not impossible for a team to surpass Team Liquid. But it’s not likely they’ll drop from first considering only two games remain this split. And with Jensen’s confidence inspiring his play, Team Liquid is looking closer to winning another North American title.