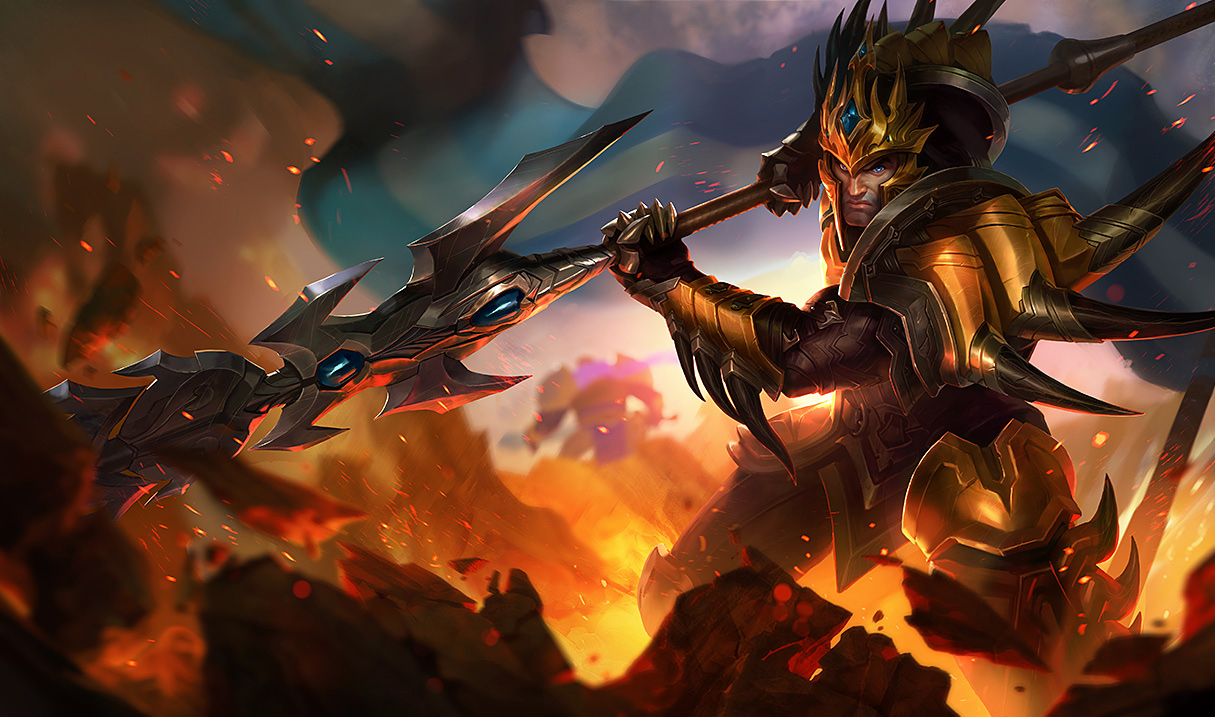 Before the midseason update in April, Ivern was running rampant through the jungle as perhaps the only tank that could keep up with the early game junglers in the meta at the time. Since then, he’s fallen exceedingly short of being viable thanks to a ton of nerfs followed by buffs to other tanks. Jarvan IV, on the other hand, was very weak back then, but has recently dominated both solo queue and pro play.

To balance the scales, Riot is experimenting with some nerfs to Jarvan and big buffs to Ivern on the PBE right now. Significant nerfs are also being tested on Knight’s Vow, one of the strongest support tank items in the game.

By my will, this shall be nerfed

Jarvan has been played a lot recently, both professionally and in solo queue, but he’s not that terribly strong. He benefits a lot from the current tank meta thanks to his high raw damage and armor shred, but he’s only seeing so much play recently because many of his meta competition tanks are banned so often. He’s played a ton both top and jungle, though, so something has to be done to alleviate his pressure on the meta, even if it’s only a little bit.

The nerf being tested right now will hit his shield, dropping its base protection by a very small amount and lowering the percent max health boost it receives for all nearby enemy champions. The percent max health nerf will hit him harder than the base nerf, since the base nerf is so little in comparison. This will take a good portion of his natural tankiness away without making him too weak to play, which would be a healthy balance.

Ivern is on the opposite end of the spectrum from J4. He used to be absolutely monstrous, and following four separate patches worth of nerfs, he ended up being way too weak after his other tank friends were all buffed. It’s especially odd because he’s not just a tank, he’s also an Ardent Censer and Redemption user, so he should be super strong. His abilities’ base stats are so low, that despite all that, he’s still so weak.

The buffs on the PBE increase the damage of his shield, Triggerseed, at all ranks, and its AP scaling is also being raised. The AP scaling is fantastic, because he’ll build AP support items like Athene’s Unholy Grail and Ardent Censer, and the damage from the shields will help his ganking power. There are some concerns, however. Ivern was massively overpowered for months, and it took four patches of nerfs to bring him down to Earth, and that ended up killing him too much. So, with any buff headed his way, the risk of putting him back over the top is always there.

Much of Ivern’s historic power revolved around his camp clear, which isn’t being rebuffed at all here, so he shouldn’t be OP following this buff—if it sticks. It probably won’t be enough to suddenly make Ivern a meta pick, but it should help his case.

One of Ivern’s most purchased items, Knight’s Vow, is also seeing some changes. In fact, it’s meta on most support style tanks. Knight’s Vow is very popular right now, mainly because it’s an extremely effective item for how cheap it is. That’s why it’s being nerfed. The cost is actually being dropped by 100 gold, but the health on the item is also being decreased from 350 to 250, meaning it’ll be way less tanky.

These nerfs are very tentative, since we’re so close to Worlds, so they may never see the light of day. If they do go live, it’ll be in about three weeks when the next patch hits.