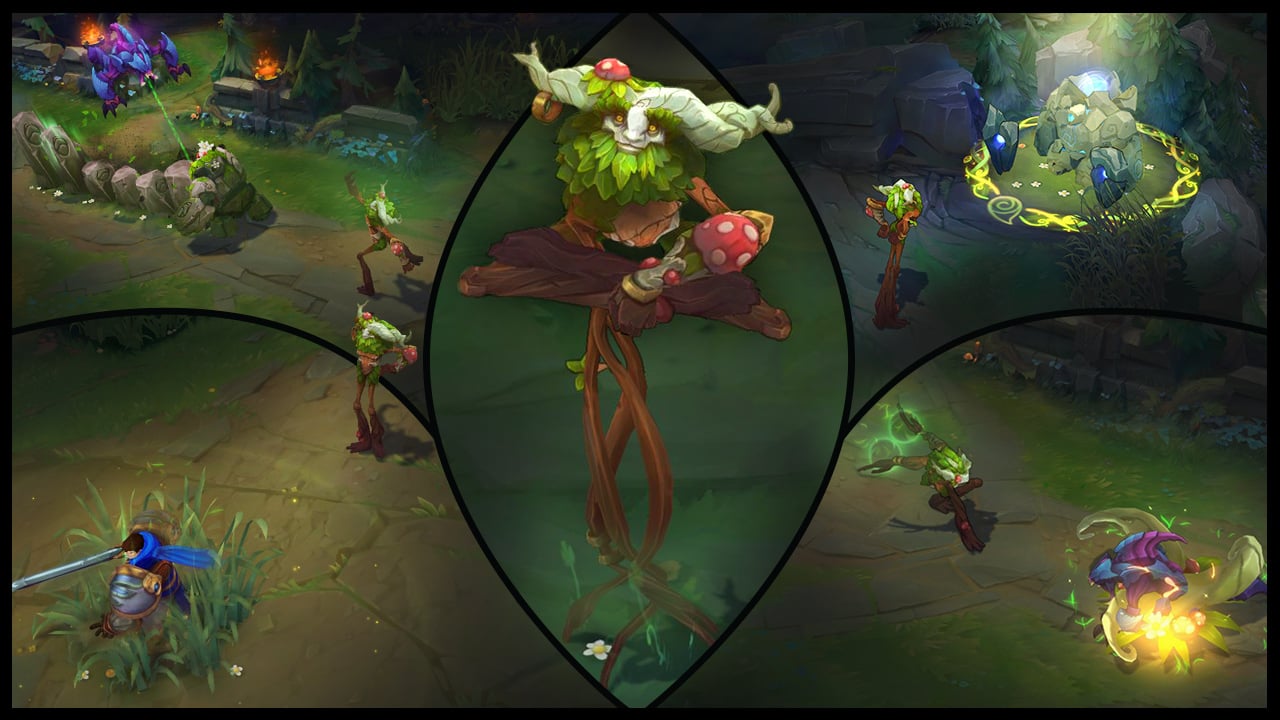 Ivern reigns atop the jungle ladder for yet another patch in League of Legends. His win-rate is a frightening 57 percent, according to League stats website Champion.gg, despite getting hit hard with nerfs earlier this year. He wins more than any champion in the entire game.

The reason for his overwhelmingly great performance isn’t that he’s a tank jungler, because there are plenty of tank junglers that aren’t nearly as effective as he is. No, the real source of his power comes from his camp clear. Thanks to his passive, he doesn’t have to fight camps to clear them, he simply captures them peacefully with the click of a button.

The fact that his camp clear is short isn’t why it’s so broken, though, because in general, the high-damage junglers also clear camps very quickly. It’s the combination of him being a tank and having fast camp clear that propels him forward. Tanks are all-around better for mid and late game than damage-dealing junglers like Elise and Lee Sin, but their one shining weakness is that their camp clear is so slow that it’s difficult for them to reach that point. Not Ivern, though. He’s a tank that can clear camps as fast (maybe faster) than most damage dealers, so he can keep up with them in the early game. He’s also the only tank jungler that can invade an enemy jungle effectively (almost too effectively).

Scary, right? Of course it is. That’s why Riot is planning a series of nerfs to the jolly green giant. The nerfs are actually targeting the root of the evil, Ivern’s clear speed. The nerfs are expected to hit in Patch 7.10 in a few weeks, but last time he was nerfed, his win-rate actually increased even though it was a complete all-around nerf. With the next nerfs aiming to hit him where it hurts the most, it should have a more dramatic effect on his stats, however.