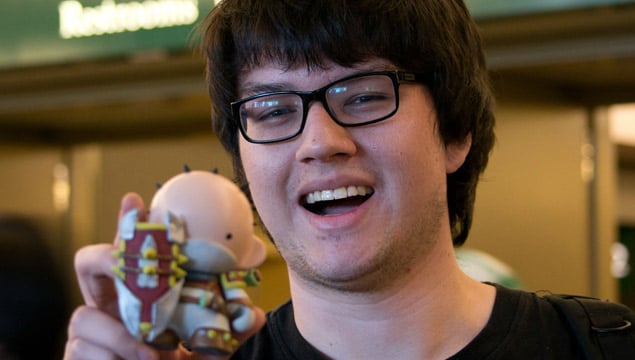 In TSM’s first round series against Gravity, they brought out a very unusual draft strategy which eschewed most of the popular meta picks in favor of less popular champions such as Olaf and Lulu. Dyrus’s dominating performances on Olaf led fans to dub TSM’s team comps as “Dyrus comps” built around helping their veteran top laner succeed. While Dyrus’s success was integral to TSM’s victory, I wanted to take a look at TSM’s overall compositions and how the overall team composition countered Gravity more than any individual player. Dyrus’s Olaf play was the most important part of TSM’s victory, but it wasn’t the only thing.

In 2 of TSM’s games, they banned the same three champions – Rumble, Alistar, and Janna. (In TSM’s third game, when they banned Shen and Tristana, they still banned away Rumble, Rumble also went banned for the last game.) These bans do a great job of highlighting Gravity’s weakness as a team. I wrote here and here that Gravity’s key players are Altec and Hauntzer. Specifically, Altec is their main damage dealer and Hauntzer is their main engager/peeler/playmaker. These bans from TSM serve to underscore the weaknesses of Gravity, and give TSM an easier time countering them as the game goes on.

By banning away Hauntzer’s Rumble, which is one of his mains and also only top laner which both deals enough damage and allows him to engage fights, TSM is forcing Gravity to choose between giving up Hauntzer as a damage threat (by placing him on champions like Shen or Maokai) or as a reliable engager (by placing him on a damage threat like Ekko or Ryze, something they haven’t done after those champs fell out of the meta.) Gravity chose to keep Hauntzer on engagers, so they gave him tanks like Maokai and Shen. (This fell into TSM’s hands, as those champions are also very weak against Olaf.)

TSM also banned away Alistar and Janna. Bunny is a good Alistar and Janna player, but this season he’s been better known for his Thresh and pocket Shen, so at first glance it would seem confusing why TSM is banning those picks instead. This series, Bunny got Thresh and had the chance to pick up Shen too, but TSM didn’t care because those picks aren’t nearly as good at peeling as Alistar or Janna is. If Bunny isn’t on a peel champion, that leaves Hauntzer (who already has to engage Gravity’s teamfights) as their only peel-oriented player, as neither Move nor Keane are comfortable playing defensive roles. It’s important to note that after leaving Janna and Alistar unbanned for Game 3, TSM also left them unbanned for Game 4. This is probably because they realized that even on champions like Alistar/Janna, Bunny isn’t much of a peel player, no matter what pick he is on he is first and foremost a pick-oriented playmaker. Overall, TSM’s ban phase ensured that Altec was GV’s main damage threat and that they only had one player to reliably protect him – Hauntzer.

In Game 3, TSM deviated from their ban strategy to try and focus down the picks which they thought helped GV won Game 2. Hauntzer’s playmaking on Shen (involved in every kill but one, flash taunt to win the game) and Altec’s positioning on Tristana (she could reset and jump away from the Olaf) were considered threatening enough to be banned away. TSM kept on banning Rumble and also banned those two champs, which gave Bunny the chance to pick Janna, which should have helped peel away TSM’s non-Olaf threats. Unfortunately, Altec turned to Ashe with Tristana banned, and got run over by Dyrus’s extremely fed Olaf.

One of Gravity’s biggest problems is that they are awful at lane swaps and rotations, but their two most important players play the side lanes. Because GV highly (and rightfully) prioritizes Altec’s farm, their poor understanding of lane swaps means that Hauntzer is often swapped into extremely poor lane situations. (In Game 1, he swapped into Dyrus’s Olaf down a level and a half + 2 waves at the 4-5 minute mark.) By banning Rumble, TSM ensured that Hauntzer would either play a melee tank or wouldn’t be able to protect Altec. In all 3 games Olaf went unbanned, TSM last-picked Olaf for Dyrus, who counters melee champions if he gets ahead. If Olaf gets a level advantage, his E true damage more or less guarantees that he wins every single trade in melee range. In Game 1, Dyrus was able to build up a massive CS score lead (over 50 creeps) on Hauntzer by bullying him repeatedly off of a poor lane swap. In Game 2, Gravity played the lane swap correctly and Move was able to find an early gank on him, so Dyrus wasn’t able to keep Hauntzer down, leading to a G2 win for Gravity. Game 3 however, was a definite return to plan. An early roam from Bjergsen to the bot lane helped Dyrus and Lustboy kill an overextended Hauntzer, and by the time Hauntzer’s Maokai returned to lane Dyrus had already gone a level up in addition to his gold lead from the kill.

Neutralizing Hauntzer in lane was critical to TSM’s success, but killing Altec in teamfights was even more important. Whenever Dyrus got ahead in lane, he was able to translate that into a devastating teamfight presence. Fans will fondly remember Dyrus’s quadra-kill off of his Teleport flank in Game 3, but Dyrus’s Olaf was a notable threat to GV even in their 19-2 win in Game 2, a game where Dyrus went 0-5-2. Dyrus did a great job of holding his ultimate until the last needed moment, so he was able to zone out Altec which delayed GV’s teamfight wins even in spite of their massive kill lead.

At this point, it’s somewhat inaccurate to call GV mid laner Keane a cheese player – even my pet goldfish could guess that Jarvan and Urgot picks are coming. In Games 1 and 3, the normally carry-oriented Bjergsen picked the supportive Lulu and gave up overpowered mid lane picks like Viktor (Viktor went undrafted in all 4 games, because TSM wouldn’t pick him and Keane isn’t a Viktor player.) While Viktor has a lot more carry potential than Lulu, there was a good reason for Bjerg’s Lulu pick. Lulu is an extremely resilient laner who has a very favorable match-up against bruiser picks like Jarvan or Urgot. In addition, Lulu is able to support Dyrus’s Olaf with her speed-ups, making it even harder for Altec to escape his clutches. It’s important to note that in the games he didn’t pick Lulu, Bjergsen still picked to kill Altec rather than to hypercarry. Orianna is a champion similar to Lulu in that she has a resilient laning phase and can speed up Olaf in teamfights. Ahri has three gap-closers and could easily get onto Altec’s Tristana in teamfights. Bjergsen’s changed mentality was apparent from his damage per minute statistics. In this series, Bjergsen dealt 300 less damage to champions per minute than in the regular season, per OraclesElixir.com.

Normally, TSM is reliant on Bjergsen to do damage, but against Gravity, the situation is different. Because GV only has one damage threat, all TSM needs to do is kill Altec. If they do so, then they are guaranteed to win the teamfight. One point that’s noteworthy is thatTSM picking high damage threats in their other roles. The normally supportive Santorin played Nidalee and Elise in this series, and WildTurtle got to play a Jinx game in Game 3. This might seem like a risk, because both Santorin and especially Turtle have had very underwhelming carry performances all season long. However, these sources of supplemental damage meant that even if Bjergsen had to give himself up to kill Altec, TSM’s remaining members should be able to beat out Gravity’s.

In the case of Dyrus and Santorin, this plan worked perfectly. If we look at TSM’s damage to champions stats on OraclesElixir.com, we would see that Dyrus dealt nearly 70 more damage to champions per minute than in the regular season, and that Santorin boosted his damage count by 100 damage per minute (4000 damage in the course of a 40 minute game.) Unfortunately, WildTurtle’s damage count remained poor, his 412 dpm mark was just 7 points higher than his usual 405, and would have kept him in second to last for the regular season. However, this didn’t matter in the slightest to TSM – their anti-Gravity comps held Altec to 386 damage per minute – nearly 200 damage lower than his regular season mark. TSM knew it was more important to keep Altec down than for Bjergsen to carry.

TSM had a strange drafting strategy where they prioritized champions that countered their opponents rather than OP meta picks. I wanted to highlight the things that TSM did right and why these particular champions were extremely effective against GV’s playstyle. TSM has a rich history of adapting in the middle of a play-off series, but this time they came prepared right from the start. We’ll have to see if TSM have any interesting comps they can bring out against TL as the play-offs continue.