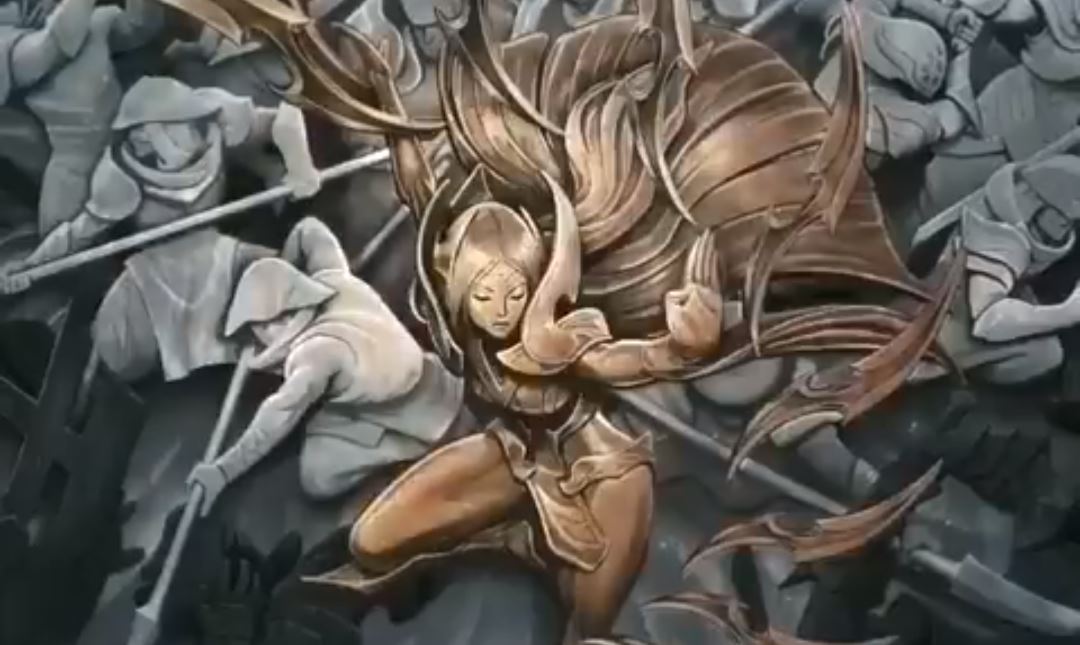 Long ago, Ionia lived in peace and harmony. But then, the Fire Nation atta-… Sorry, Noxus attacked, leaving countless homes, families, and the land permanently scarred. Irelia was a child when the occupation began, but she wouldn’t let herself succumb to Noxus’ iron fist forever. She’s now a grown-up, and she’s ready to kick some Noxian butt.

Irelia’s large-scale update was teased today on Riot’s League of Legends Twitter account, and her super-badass backstory was revealed alongside a still image of a sepia-tone Irelia sporting her brand new look.

Sure, we know next to nothing about the update just yet, aside from what she’ll look like, but we have a few of last year’s updates that raise expectations almost to an unhealthy level—the higher players’ expectations become, the easier they are to let down.

Urgot, Evelynn, Warwick, and Galio’s updates last year were booming successes, if you don’t count the myriad of balance changes that were needed to fix Galio and Evelynn afterward. In fact, Riot is still trying to figure out Galio, but that’s a discussion for another day. Irelia is the star of this show, and if she follows in the footsteps of each of these reworks, she’s looking at spiked playrates and an ability kit that’s much more fun and satisfying to play.

The next official patch arrives next week, and since Riot has only released a teaser for Irelia, that means she’s almost definitely not going to be in that patch. Instead, she’ll likely be in Patch 8.7, which means she’ll be added to the PBE next week for testing.