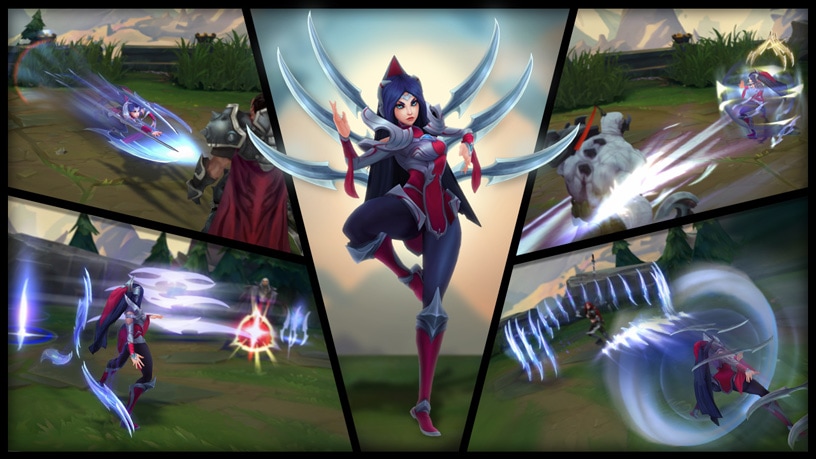 Players are all aboard the hype train for Irelia’s rework, with Riot continually releasing more info on it over the course of the past week. Today, her official reveal was published, including videos and comprehensive descriptions of each of her abilities.

We can say for certain that this new Irelia will require much, much more skill to use properly than the old Irelia. Rather than dashing into people and dumping your abilities on them, she requires a lot of mobility, angling, and dancing around the battlefield.

Instead of building from a damage item or two into full-tank, she’ll also be better as an assassin-duelist, much like Fiora, and she’ll probably build a lot more damage. She’ll also be the first anti-shield champion in the game thanks to her brand new passive.

Here are all of Irelia’s new abilities.

“Irelia dashes to a target, dealing physical damage (increased if it’s a minion or monster), applying on-hit effects, and healing for a small amount.

“If the target was marked or dies to Bladesurge, its cooldown is refreshed.”

“Irelia begins charging her blades, losing the ability to move or attack but gaining significant damage reduction for a brief period. This channel can’t be interrupted.”

“Irelia lashes out with her blades, dealing physical damage in a line. The damage increases as Irelia charges.”

“Irelia sends a blade to a location, and can recast Flawless Duet to send a second blade to another location. The blades will then fly towards one another, dealing magic damage and stunning enemies caught in the crossfire. Flawless Duet also marks champions and large monsters for a few seconds.”

Irelia is slated for release in two weeks with Patch 8.7.