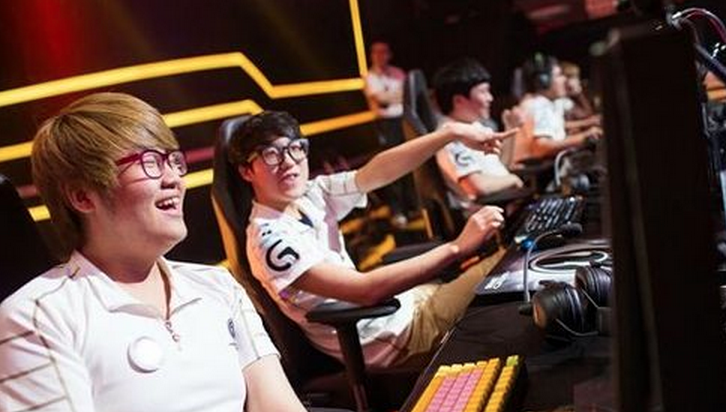 Hi Xiao Luo. After playoffs, it’s been a while since your team has played. How are the players? In terms of the gauntlet, what do you think about the teams?

Xiao Luo: For the teams, the main priority is adapting to the new patch and fixing their mentalities. Faced with the gauntlet, the pressure is really big. The mentality when you’re playing there for a long time can be the deciding factor between winning or losing. A pretty good indicator is after playoffs, the team experienced an 0-2 deficit in their series. From this, they can learn to adjust their mentalities.

Xiao Luo: I don’t necessarily think we suppressed EDG with our pick and ban. Their team champion pools are big and so are their play styles. So at the time, during pick and ban, we didn’t think there was that much pressure. Victory comes from seeing how your own players do and how they perform.

You’ll be facing QG – what do you think your chances are for winning?

Xiao Luo: Against QG, each one of our players will meet them evenly (smiles). When we play against QG, each player is proficient with their champion pool–they know how to restrain themselves. Purple side might be a problem for us. These two weeks, we’ll try our best to make up for it through practice.

This year, you’ve been faced with all sorts of pressure. Do you think the pressure on the team is big? How will you change things?

Xiao Luo: The pressure is huge! We’ll just try our best through practice. I think that this is iG’s strongest year, so every player has been holding their breaths and putting their trust into one another.

What do you think the chances are for your team in the gauntlet?

Xiao Luo: From each angle, I think iG deserves to be on the S5 world stage to show everyone some amazing games.

Lastly, do you have anything to say to the fans? A lot of old iG fans are still following from Season 2.

Xiao Luo: Thank you to the fans who haven’t left us through this entire journey. And welcome to the fans who have put their faith into us. iG’s goal is to give everyone a fighting spirit. During the regular season, we’ve struggled and fought hard. No matter what walk of life you’re in, you must work hard! When we think of you guys, we have endless strength to go forward and compete. iG FOR THE WIN!