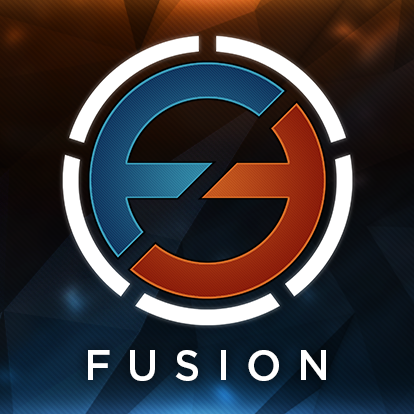 The rise of E-sports as a legitimate business has been well documented. Professional League of Legends players can now make a very comfortable livings through playing the game that they were once told was a waste of time. However, this success has expanded far past just a handful of professional players. Large organizations have expanded in order to stay competitive. Teams have hired head coaches and created gaming houses in order to optimize their performance. Due to the increase in budgets for these teams, teams have hired additional analysts to try and stay ahead of the rest of the league. In this article, we interview the new analyst of Team Fusion Hauk “Haukeye” Nelson.

Haukeye was recently brought on as an addition to Team Fusion right after the expansion tournament.  Unfortunately for Team Fusion, they were unable to make the LCS, losing a heartbreaking Bo5 to Team Coast after going up 2-0. However, the team is now looking incredibly strong as they replaced some of the weaker points of the team following the expansion tournament. Huhi and Nien look to carry Fusion to a first place in the challenger series, which would earn them a guaranteed, coveted spot in the NA LCS.

5 months ago, Haukeye was a freshman at University of San Diego. However, now he is living his dream of working in the Esports industry. We asked him how he first got started and what its like to be working with Team Fusion:

At what point did you see that LoL could become a viable career for you?

Ever since Riot introduced the LCS to us back in Season 3 I knew that professional gaming was taking a very serious turn towards professionalism and career building.  Ever since its inception I’ve wanted to be involved in some way but I wasn’t sure how.  I knew I would never be good enough mechanically to come in as a player so I was planning on going to school and starting my own organization and building my own team.  I’m obviously at a very different point now but I couldn’t be happier with the way things worked out.

How did you first get into the competitive environment?

I started watching competitive play during 2011 Dreamhack for the Season 1 Championship.  I was very intrigued by it and by the time Season 2 started I watched every North American game and several European and Korean games as well.  I watched a lot of these games with a good friend of mine, Kevin.  He and I would play League and watch the tournaments together, and sometimes we would play with his older brother Wei.  Wei and I eventually started talking about League and I learned of his connection with Maknoon, so he and I would discuss OGN games and talked about Najin Sword during the Season 2 Championship.  A few years down the road and Fusion approaches Maknoon about coming to NA and Wei gets involved to protect Maknoon’s best interests.  Wei ends up becoming the head coach of Fusion, and when I heard they were looking for an analyst I started talking to people within Fusion and sending them my work on team compositions and specific opponents Fusion would face in the Expansion Tournament.  They liked my work and decided to bring me on as the head analyst once the Expansion Tournament ended.

Was it a difficult decision to leave college?

Not really.  I had actually been considering leaving school anyway.  I wasn’t really a big fan of the school and I was completely lost when it came to my major.  Due to all of my AP credits I would have been a junior for Fall 2015 and that felt like a huge due date on my academic career.  This position serves as both a respite from academic life and as an opportunity for something else.

What has been the biggest surprise from moving into a gaming house?

There haven’t been any surprises while I have been living here yet.  I guess if I had to pick one it would be the very odd sleeping hours some of us keep, but that has more to do with the fact that we’re on a break right now.  We’ll be ramping up for the NACS within a week and that’s when schedules will become more solidified again.

Favorite Moments from living in the house?

Watching the LCS with all of the players has definitely been surreal for me.  I’m sitting on the couch watching LCC in between Nintendude and Nien, both of whom I have watched since their days on Team Dynamic and Orbit respectively.  It’s crazy to be working with the guys that I’ve watched for so long.

It’s been a awhile since the loss but I think overall we are very much looking towards the future, not the past.  To be fair we have two different players than our original Expansion Tournament roster so obviously the lack of that experience will affect their outlooks, but all of the players are ready to prove Fusion’s calibre as an LCS level team.

What are the team’s expectations for this year?

We expect to place top 2 in the NACS.  We’re obviously hoping for first place for the automatic placement into the LCS, but top 2 at the minimum is expected.  Fusion actually has a distinct advantage over other challenger teams that we didn’t have before due to the fact that we’ve been around for a while.  We see a lot of organizations creating “Academy” rosters as well as some stronger challenger teams forming, but we have more experience playing together as a full roster.  I think our “veteran” status will definitely help us because we’ve gone through more as a roster.  Once we make LCS we’ll be working hard to get as good of a placement as we can get.  Obviously making it to the Championship is a little unrealistic but why even bother trying if you don’t aim to be the best?

What is the team’s daily schedule? What is yours?

Fusion typically does two blocks of scrims a day just like everybody else.  The coaches will usually be in the gaming room with the players to go through the draft phase as well as emphasizing what the team should be focusing on for the day.  The coaches and I all watch the scrims and record things from the scrim we want to discuss later, such as item builds, proper objective control and team fights.  Along with that the coaches and I watch a lot of LCK, LPL, and EU LCS so we can be on top of what’s going on meta wise in other regions.   Along with watching a lot of games, players and coaches will ask me to research certain teams/champions in depth to improve our own situational understanding.

How have your friends and family reacted?

The first people I told once I learned there was even a chance of this happening was my parents.  They want what’s best for me so they were bound to be apprehensive at first, but they’ve since come around after seeing how big esports is getting and are now my biggest supporters.  My friends that play League were very excited for me and the ones that didn’t were surprised that it was even possible to make money playing video games, let alone just watching them.  Oh and since we’re on the subject of friends, I’d like to do a special shoutout to USD Esports and my old team “Please Don’t Ban Anivia”.

What do you look for when you scout other teams?

I think something very important to notice in other teams is what they prioritize, be it certain champions, players or objectives.  Knowing when a team will do something before they even do it and being able to counterstrike instantly puts you at such an advantage.  You can bait them into certain picks or force them to play your own game when it comes to objectives.

The esports scene is hugely nepotistic. Always make the best impressions and try to make friends with anyone and everyone; you never know who might owe you a favor one day.  If you’re trying to become an LCS player the best way is solo queue.  Unfortunately it’s not always the best indication of skill or player caliber but it’s by far the best way to get your foot in the door.  If you’re in the top 10 of Challenger people will start to notice you.  If you’re looking to be a coach or analyst the best thing you can do is just push out content and put it up wherever people will look at it.  There are a lot of websites that all need writers for content and if your content is consistently well above average people will start to notice.  Put it up on Reddit and just keep networking as best as you can.  Get involved with your school’s club, be it high school or college.  Meet everybody you can and work as hard as you can.

What has been the biggest adjustment for you

Nothing has been that different for me.  I still watch the same amount of League as I would be normally, but now instead of it being the bane of my academic endeavors it’s now my livelihood.  It’s a very welcome change.