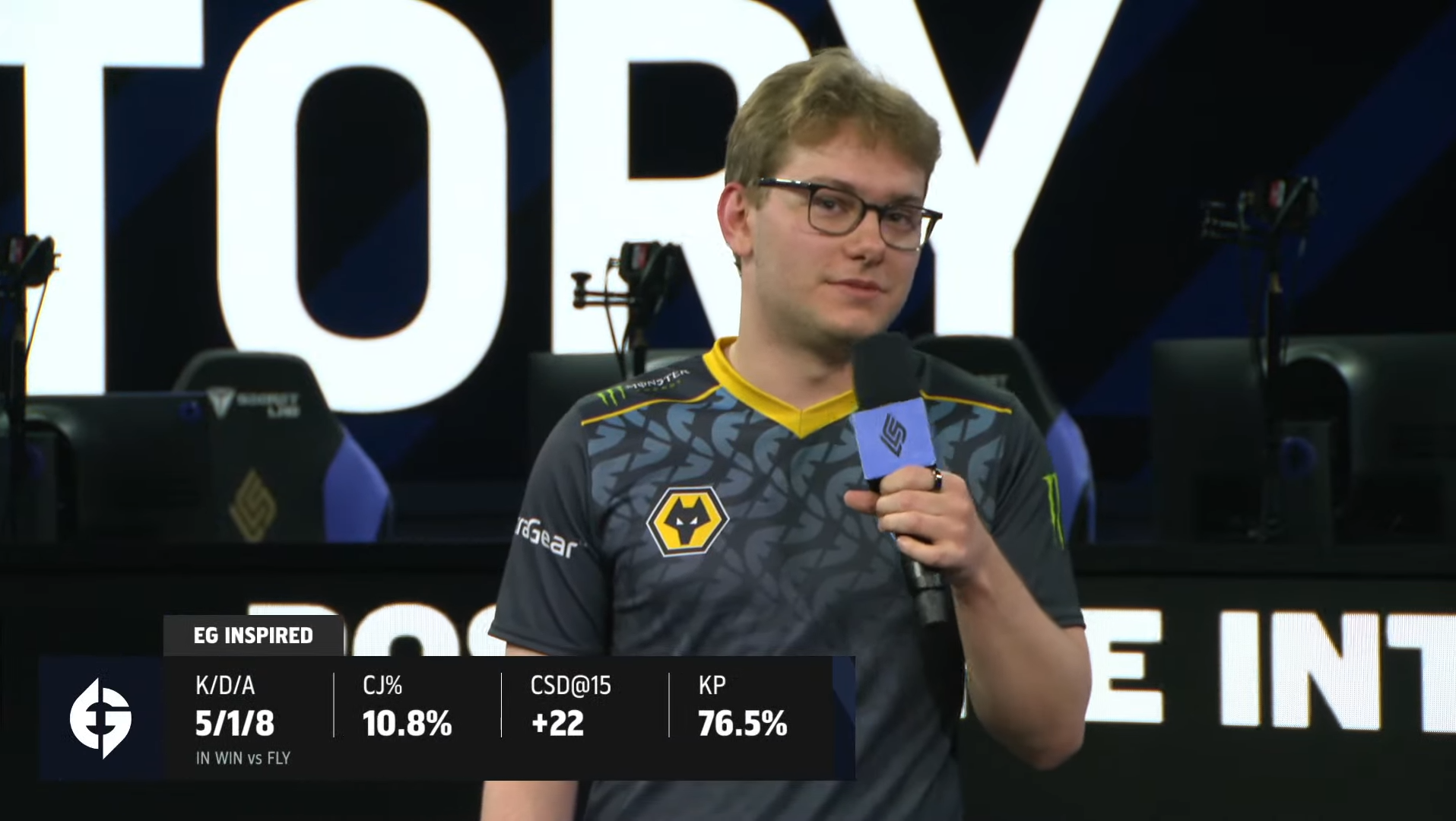 There are only three spots remaining in the Mid-Season Showdown, and the LCS teams that have yet to qualify are looking to do everything they can to take hold of what could be a major step in the histories of all of these organizations.

Evil Geniuses continue to claw for a spot in the upper bracket of the Mid-Season Showdown following a victory over FlyQuest in their start to the final week of the 2022 LCS Spring Split. This victory brings them to a tie with FlyQuest for fourth place, though both teams need to accrue more wins this weekend to officially qualify for playoffs.

In her first appearance in the LCS in years, Riven returned to the Rift under the control of Kumo as an answer to Impact’s Graves. Unfortunately for FlyQuest’s top laner, the melee-vs-ranged matchup did not bring the odds into his favor, falling quickly to a pre-10-minute dive that put him behind, struggling to survive even under his turret.

The reigning LEC MVP Inspired thrived off of this successful dive onto Kumo. Not only was he able to hit level six before his opposition in Josedeodo, but access to his ultimate gave EG a large advantage in the game’s first major team fight.

As Viego, Inspired ensured that no part of the map was safe for FlyQuest to roam freely—even their own jungle. With a Guardian Angel under his belt as his second item, Inspired made up for EG’s lack of a tanky frontline while finding even more reasons to fearlessly engage. His performance as the Ruined King earned Inspired player of the game, ending with a 5/1/8 KDA.

Unfortunately for FlyQuest, utilizing numerous important abilities to take down just a single member of EG allowed their opponents to take control of what started as losing fights. Kumo never had the chance to showcase the true potential of Riven, watching from afar as EG continued to secure objective after objective.

Despite numerous attempts at engaging on EG from their blindspots, FlyQuest ultimately fell in their first match of the final weekend of the 2022 LCS Spring Split. EG’s victory over them brings the two teams to a tie for fourth place, both still possessing the capability of qualifying for the Mid-Season Showdown.

Should Golden Guardians and Dignitas achieve victories of their own this weekend, there is the potential for multiple tiebreaker matches to determine the final three teams entering the Mid-Season Showdown. Only Cloud9, Team Liquid, and 100 Thieves have qualified thus far.