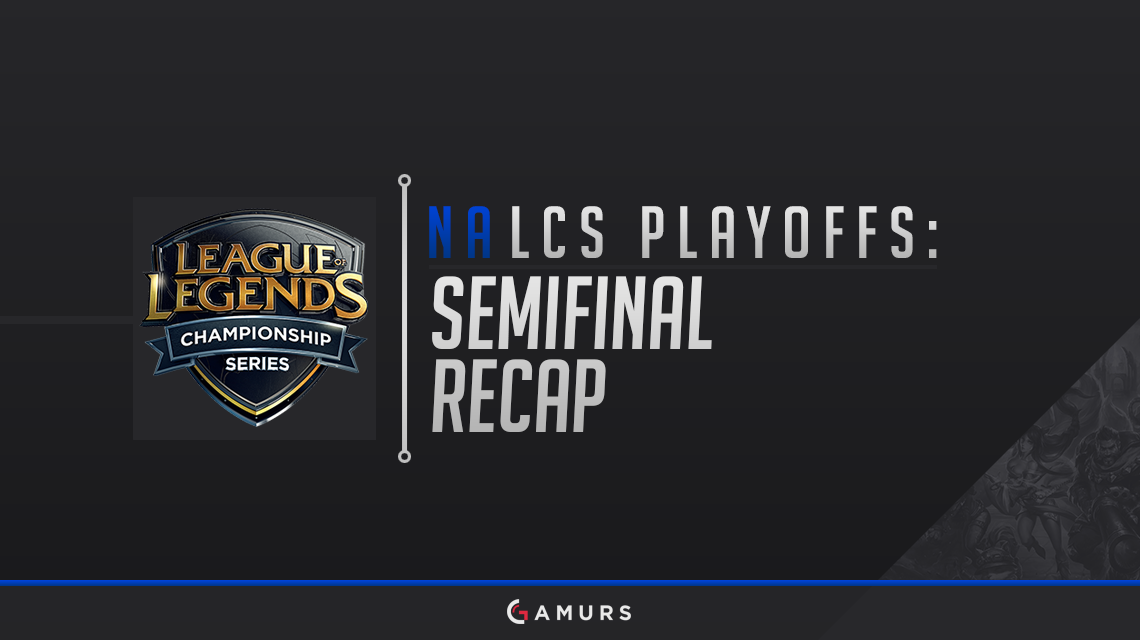 Here is what happened in today’s semifinal match:

Immortals may have started a little slow, but that should be expected by now. This is the first playoff win in the organization’s history, after being swept in the semifinals against Team SoloMid last split. They were punished for not adapting to the new meta, and being too cocky. Things were a little different this time.

Heo “Huni” Seung-hoon made up for last split’s Lucian fiasco with a fantastic 6/3/9 performance on Rumble, demolishing Cloud9 in fight after fight. Both team’s drafted strange compositions, but Immortals came out on top.

GG! Sneaky’s solo defense only works once, and @Immortals_gg take the win in game 1! #NALCS pic.twitter.com/JXNmNtV4kb

Immortals took over this game from the beginning, but slowly (very slowly) Cloud9 clawed back into it. Huni looked to take over the game just like he did in the first game of the series, but his cheese pick of Riven was shut down as the game went on and he became a non-factor. This game was pure chaos, or in colloquial terms, a “clown fiesta.”

No single player stood out for Cloud9 in their comeback for the ages, as it was a full team effort. Still, Jung “Impact” Eon-yeong survived Huni’s strong early game and ridiculous jungle pressure from Kim “Reignover” Yeu-jin, and kept himself alive long enough for his team to scale into the late game.

Game three was an entirely different story. Cloud9 dominated this game from the start. They lost their grip a little bit at different points later in the game, but the game was always in their control. Almost a 10,500 gold lead over Immortals has practically never been seen, but that is how this game ended. All three Immortals inhibitors were down, and Cloud9 methodically shoved into the base to win.

Once again, Impact was the player to watch. Playing Gnar into Huni’s Kennen and Reignover’s constant pressure with Rek’Sai, Impact went 7/3/5 and absolutely took control of the game.

GG! @Cloud9 rally after game 1 to win 2 in a row – and now match point is theirs! #NALCS pic.twitter.com/5Pkle6uOr9

Game four was the closest of the entire series, as Immortals took the win and pushed it to the final game of the set. This game was close, really close, right up until the final few minutes when Immortals took total control. Impact was taken off of his Gnar, and Reignover went off on Elise.

The most important player for Immortals in this game, though, was Adrian “Adrian” Ma. His stuns and ultimates as Taric constantly kept the key damage-dealers of Immortals alive during teamfights. Though, Huni was also pretty important considering he did about 42% of his team’s damage this game.

GG to @Immortals_gg as they even the series 2-2! #NALCS pic.twitter.com/iqKf6Y96h3

This game was intense from start to finish. Cloud9 and Immortals traded blow for blow, giving us one of the best games of League of Legends in recent memory for North America.

There is honestly too much to talk about here for just these short paragraphs, but here is all you need to know: Impact is a monster, and the top lane is very important in this new patch.

GG to @Cloud9 as they move into their 5th Finals appearance! #NALCS pic.twitter.com/aQvRtXRawA

What did you think about the action in today’s LCS playoff match? Will Cloud9 be able to win it all? Let us know by commenting below or tweeting us @GAMURScom.