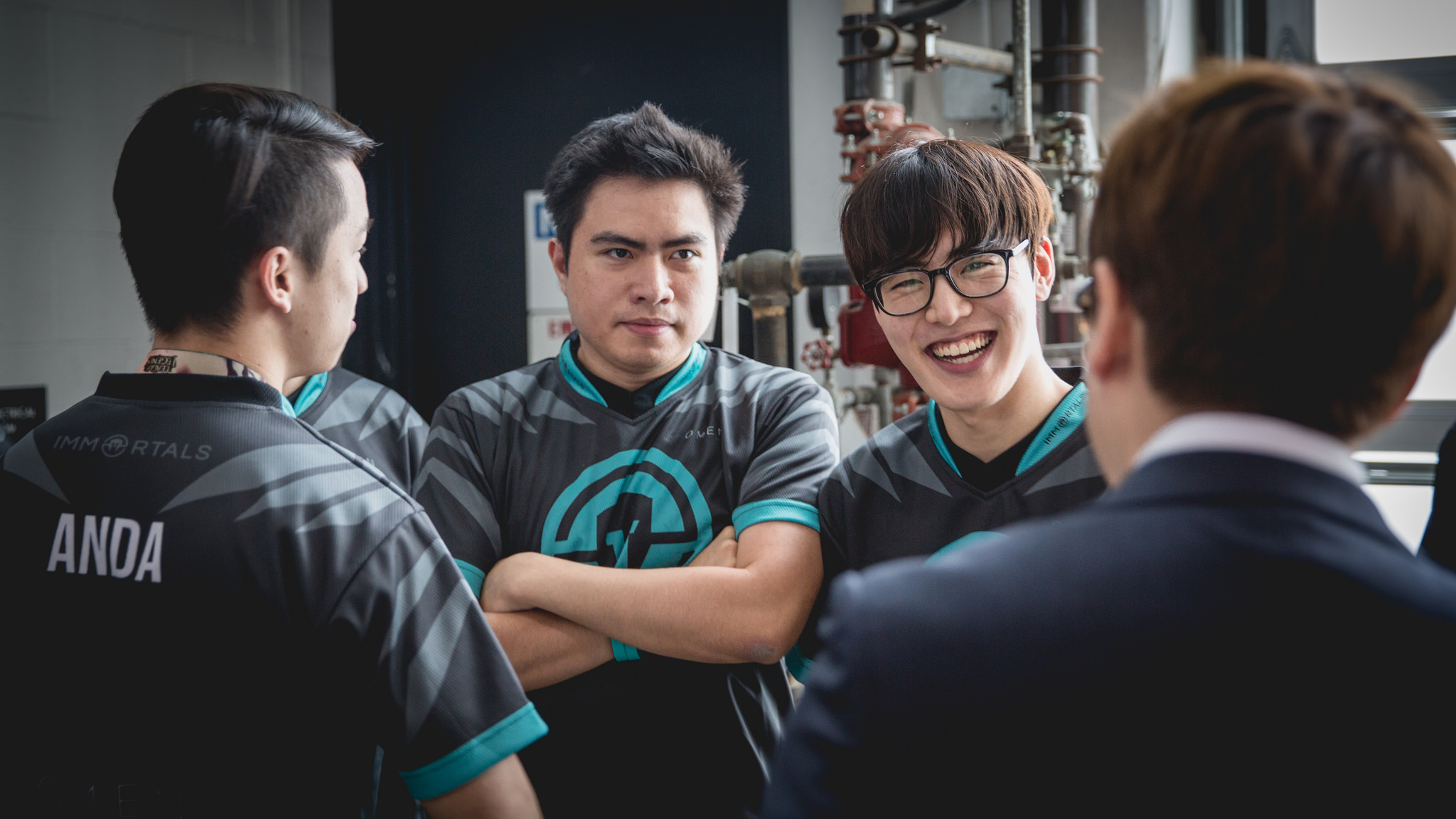 After beating CLG the day before, Immortals had one more obstacle to overcome in order to take sole possession of the league’s No. 1 spot. But after game one against Dignitas, things weren’t looking too good for the team.

Dignitas, who managed to get both Zac and Ashe in the draft phase, executed their pick composition beautifully. They found countless kills off Ashe Arrows into Zac’s Elastic Slingshot to earn a lofty lead.

Immortals quickly realized they were facing a gold deficit and went for a desperate engage. But they were too far behind. Dignitas easily turned the engage around and took Baron to end the game.

Looking to keep up their momentum, Dignitas went for an early dive in game two. But Immortals top laner, Lee “Flame” Ho-jong, was determined to survive and managed to outwit his opponents to get first blood for himself.

From this point on, Immortals had full control of the game. Dignitas tried to force more picks but weren’t unsuccessful, instead dying in the process. Immortals quickly spiraled their lead, defeating Dignitas with ease.

Seeing how well Flame did in the top lane, Immortals put their attention onto their top laner in game three. Luckily this plan worked out and Immortals were up five kills seven minutes into the third game due to their top lane ganks.

Dignitas, unable to find leads themselves, fell extremely behind to the point where they couldn’t even defend their turrets. By 20 minutes, Immortals were inside Dignitas’ base, eager to close the series with a perfect game. And although Dignitas found three kills in the game’s last few minutes, it wasn’t enough to stop Immortals from decimating their base.

Now alone at the top of the standings with a record of 7-1, Immortals will face TSM on July 1 to start the second half of the NA LCS.