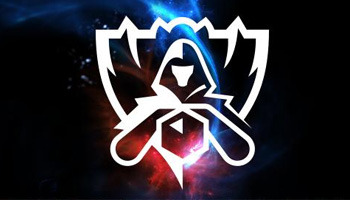 The group stage of the League of Legends 2015 World Championships are currently taking place in Paris. The 16 teams that qualified have used all their energy to give their best performances. But the three teams from China haven’t performed to expectations. Today, we invited Chris to talk about his viewpoint.

After leaving LGD, why did you decide to help out IG?

Chris: At the time, a lot of teams contacted me. IG is actually where I started my career, and it also meant I had a chance of qualifying for Worlds. So I chose to help out IG.

What are you in charge of on IG?

Chris: My job is to give them advice from my extensive experience. For example, I help out with planning the early game, as well as lane swaps. I also give some advice in pick and ban.

Are the players’ states of minds stable right now? The public has been criticizing Kid a lot lately–has his confidence dropped?

Chris: All the players have a steady state of mind. Kid hasn’t been affected by what’s said online. Everyone has focused their attention on the game today.

KaKAO’s performance since the start of Season 5 has been completely different. From your perspective, could you elaborate on why this is?

Chris: To me, KaKAO’s performance isn’t as worrying as most people think it is. In fact, I think he’s improved. Just because a team loses doesn’t mean you can apathetically blame one player. I can only say it’s because we didn’t have good synergy.

IG doesn’t have much international experience. Do you think that’s why you’re having trouble performing?

Chris: Not having much international experience isn’t a good excuse at all. The reason why we lost is because we didn’t play to our strengths. We’ll work hard to fix this.

Chris: IG’s mid laner and jungler are the best Chinese speakers of all the Korean players. Everyone uses Chinese and English to communicate during games.

You haven’t really been showing good results. Have you been criticized by the president of IG?

How have the changes been in preparing for your games? You still have a chance.

Chris: Looking at the top two seeds, we’ve already used a lot of energy to speed up the changes we’re making. Before the games start, we’ll talk over pick and ban with the players. Ultimately, we have to see if they can put up against the pressure.

As everyone knows, LGD was the winner of the LPL Summer Split. After you left, LGD’s World Championship performance wasn’t great. What are your thoughts?

Chris: They’re in the group of death–and that’s one aspect of it. The other problem is their pick and ban. There might also be a problem with the players. I just hope they can find their strength and win four games in a row.

What do you think LGD’s biggest problem is?

This year, Europe has been looking a lot stronger, even though it’s only been a short amount of time. Why is that? They’ve advanced by leaps and bounds–and they look like world class teams.

Chris: While they’ve been improving, we’ve stayed the same. To be honest, Europe and North America might be strong, but they might not necessarily win. Just look at AHQ. But I guess we should cheer for China’s teams.

This year, players haven’t performed up to expectations. Each team has been so variable. Which team do you think has had the most unexpected performance and why?

Chris: For now, I think it’s been rather reasonable. You have to wait until the group stages are over–then you’ll know.

In this patch, Darius and Braum are both really strong but they don’t have very high win rates. Will they turn out like Urgot at MSI?

Chris: Darius has been overestimated. Braum is still a champion worth first picking.

I’m sure you watched SKT play EDG yesterday. Even though EDG lost, most people say they weren’t using their full strength. What do you think?

Chris: It’s mainly that play at dragon. After they used so many resources to kill Faker, they decided to start dragon. Maybe they forgot he brought Teleport or something. After that play, the game was pretty much over. In fact, Aaron (coach of EDG) said–“We still have Koro1.” So we’ll just have to wait for them to adjust things.

Half of the group stages are over. Who do you think will be the top 8 teams to make it through?

Chris: SKT, EDG, Flash Wolves, KOO, KT, C9–and the last two teams… we’ll have to see if us Chinese teams will fail to live up to expectations.

Lastly, let’s talk about each team’s chance of winning worlds.