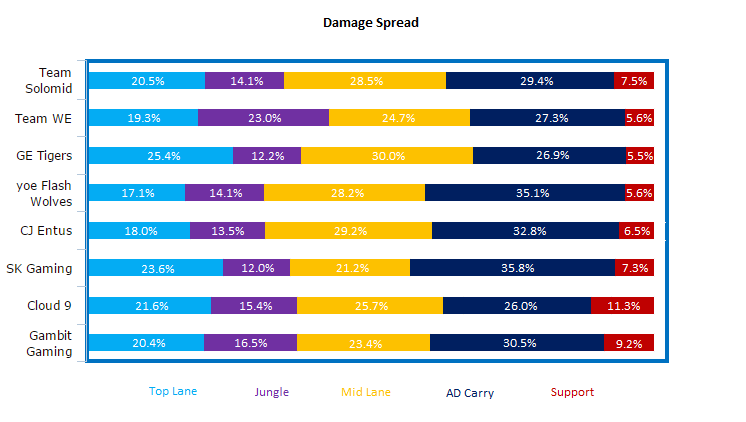 There are two things players do once the game ends; get into a tirade with the enemy team or look at how much damage you dealt to enemy champions. Though not necessarily 100% indicative of how much you carried, it is still an objective way of seeing your contributions to the team. I have compiled a data of how much damage each player in IEM contributed and perhaps this may reveal the team’s power balance and how much weight they put into the team’s respective carrys.

Some points of note