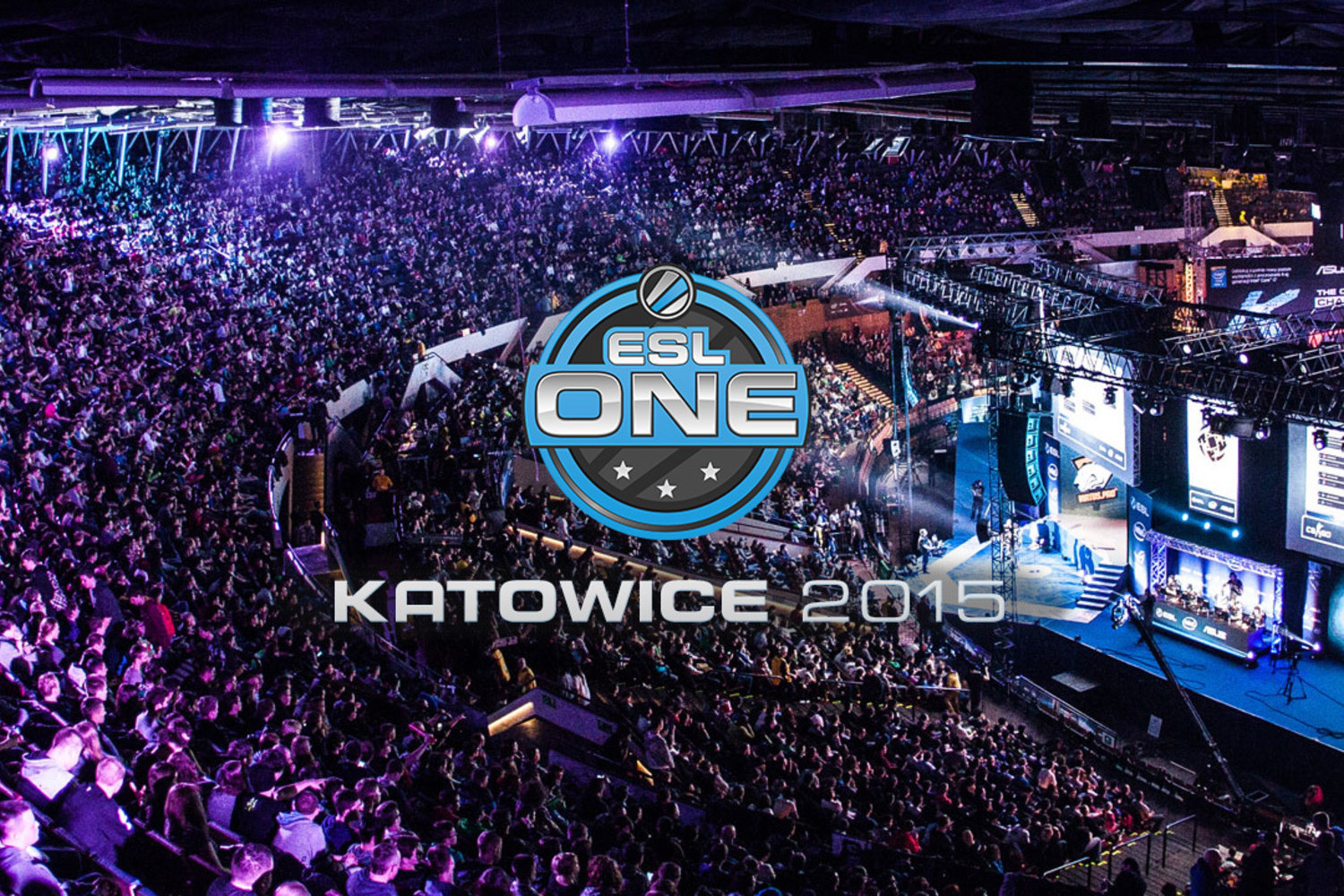 It is that time of the year again. One of the biggest E-sports tournament of this year, the ESL Intel Extreme Masters world championship Katowice, is upon us. This year’s tournament team roster does not disappoint (except for China and SEA) as fans and spectators alike wait to see which region is superior and whether their region can take down the infamous Korean teams. All eyes are on GE Tigers as they are the favorites to win the tournament. Will they be able to continue the Korean dominance at IEM and claim the third consecutive title at Katowice this year?

On paper, it is very likely that they will indeed become the champions of IEM Katowice 2015. However, history has shown that stats does not necessarily guarantee success. There are factors in play that could prevent GE Tigers from winning IEM Katowice. This will not be an analysis piece about what teams could do inside the game against the GE Tigers. If someone as knowledgeable as MonteChristo can’t think of a weakness a valid strategy against them, whatever I say is going to be nonsense so I won’t even bother. Instead, let us look at the factors outside of the game that could give the other teams a slight advantage against GE Tigers.

Due to IEM’s format of hosting both Stracraft 2 and League of Legends tournament, group stages are played in a best-of-1 double elimination, best-of-3 semi-finals and a best-of-5 grand-finals due to time constraints. This is understandable since the tournament is not a League of Legends only tournament. Fans might be disappointed that the group stages will be short, but you get what you can get. Bo1 matches does not mean much. Cloud 9 can beat GE Tigers in a Bo1, but does that mean Cloud 9 is better than GE Tigers? Not in the slightest. Allow me to give you an example from the Street Fighter scene. At the fighting game world championship, Evolution tournament (EVO), Xian from Singapore won 1st place in Street Fighter 4. Xian was a relatively new player which made his victory a big surprise among many. Daigo Umehara, who is known as the best Street Fighter player in Japan, finished 7th place at the tournament. Going by this, Xian must be a superior player than Daigo Umehara right? No. At PAX Prime shortly after EVO, Xian and Daigo Umehara met at the Mad Catz Unveiled event for a first to ten exhibition. Guess what happened? Daigo beat Xian 10-0 without giving up a single game. No Bo1 game will determine if one team is better than the other. However, it does allow for unexpected things to happen.

Different teams excel at different formats. Some teams are better in a best-of-5 such as TSM. Some teams might be better at Best-of-1’s because they can use one-off strategies and team compositions that would not work in a best-of-3 or best-of-5. Historically in the LCK, GE Tigers rarely lost their first game and usually 2-0’d their opponent except for their one loss against SKT T1 and Jin Air Falcons. I agree with many analysts and opinions out there that at this given time, no team can defeat GE Tigers in a Bo5. They have many strategies that could last a Bo5 while other teams don’t. However, if GE Tigers get caught off guard by some unorthodox composition or make a crucial mistake such as a late-game team fight error, the group stages is where it will cost GE Tigers the most. AHQ took a game off of EDG at last year’s world championship group stages; even if EDG was trying to style on them. Even so, a win is a win. Let us look at the first factor that could hold GE Tigers back; lack of international experience.

Looking at the roster of GE Tigers, only two members on the team have competed outside of Korea and gained international experience; Pray and Gorilla. Gorilla played with Najin White Shield at last year’s world championship, facing against Alliance, Cloud 9, Kabum and OMG. Pray, the veteran in the team, has the most international experience from his time in Najin Black Sword from 2012 and onward; 2012 MLG, 2013 All-Stars Shanghai and 2013 Season 3 world championship. Meanwhile, Smeb, Lee and Kuro has only competed in Korea. This might not mean much since many believe that Koreans can easily overcome anything the world can throw at them. However, playing in a foreign country with different climate, food, time zone difference and audience size could affect the players in a negative way. Cloud 9 on the other hand, has more international experience as a team. If anything, I believe Cloud 9 has the best chance to upset GE Tigers and set the stage for IEM Katowice.

Once again, on paper, GE Tigers has the edge in-game in terms of mechanical skill and strategy. However, eyes are on Smeb, Lee and Kuro on whether they have the mentality to play in an audience size that is bigger than the LCK studio while trying to adjust to the change in their environment. This issue of mentality holds true for Cloud 9 as well. However, with their history of competing at international tournaments, Cloud 9 probably have developed methods to get their mentality in check to compete at their absolute best. People can argue that past IEM winners, CJ Entus Blaze and KT Rolster Bullets, didn’t suffer from these issues and won IEM in their respective years and they would be right. Nonetheless, it is worth mentioning all the factors that goes into play during these tournaments; both in and outside the game.

Here’s a quote from Michael Jordan that explains the correct mentality of an athlete; “When I step onto the court, I don’t have to think about anything. If I have a problem off the court, I find that after I play, my mind is clearer and I can come up with a better solution.” We will see who has the better mentality going in the match on the 13th (on my birthday too!) and onward; those that have experience or those that have the superior skill.

I wasn’t even considering this as a factor for GE Tigers, but after seeing their match against Samsung during week 8 of LCK, it became prevalent that GE Tigers has a bit of an arrogant side to them. To be fair, any team that is so far ahead in the standings could play a little bit cocky against the last team in the league. Be that as it may, this game was one of the rare moments where GE Tigers had a bit of a mental breakdown when they gave up four turrets in a row at 29 minutes. GE Tigers lost the gold lead they had in an instant and was on the verge of defeat if it wasn’t for Pray coming up big during the team fights. Even DoA and MonteChristo criticized GE Tiger’s sloppiness during this game. Even GE Tigers at times can show rare moments of weakness and indecisiveness.

Honestly, I don’t think GE Tigers would act like they did against Samsung at IEM Katowice. There is lot more on the line and it would be foolish to let your guard down against the teams they are going to face. On Summoning Insight Episode 38, MonteChristo mentioned GE Tigers determination going into IEM Katowice. GE Tigers plans to not lose a single game to any team. Strong words coming from the best team in Korea at the moment and I believe that they could. Should they follow Samsung White’s footsteps at last year’s world’s and try to style on the enemy team, they could give up a game or two. But in the end, they are their worst enemy. If anyone that can beat GE Tigers, it is probably themselves. They are not on their home turf anymore where they reign supreme. If there is any place to take down GE Tigers, IEM Katowice is the place to do it.

As a League of Legends fan, I hope the tournament will be fun to watch with the great match-ups that could happen as the group stages progress. I would be more amazed if a team can take a game off of GE Tigers. Not that it would mean much unless you beat them in the semi-finals or grand finals, but the moment it happens, it would be the one of the highlights of IEM Katowice hands down for all the wrong reasons.

For anyone wondering, my money is on CJ Entus to win IEM Katowice. I bet you that a team will not ban Mundo against Shy and he will just go on a rampage.

For more articles like this, visit www.azure-mind.com and check back at goldper10 regularly because I release my articles simultaneously on both sites.