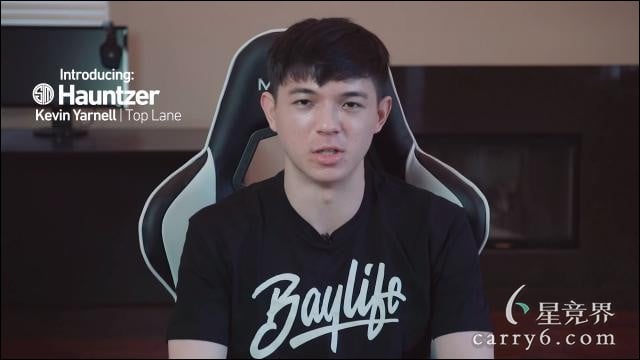 Top laner: Hauntzer is a solid top laner in terms of NA region, but he still has something to prove internationally and on his home soil. He can play multiple play styles, which is good for TSM´s roster, although when the top laners meta is in carry style will TSM play to his hand since we know that they have two carry forces in the Mid lane and ADC position. This is something we could see even this weekend in IEM: San Jose. It is also important to mention that this roster is fresh and that this could be just a showing of tendency towards certain play style, which can be fixed by coaches influence on the team, but that is for the time to tell. Will the young top laner have a fair chance to prove himself or will he be molded into a new, younger and a bit better version of Dyrus for past few splits.

Jungler: Svenskeren has a unique play style, it could be considered as a carry play style, but a different version of it. Just to clarify his play style doesn´t necessarily revolve around killing enemy jungler or farming, he carrys in a way that is different. His play style revolves around finding or better said seeing enemy jungler on a map, taking his jungle in the opposite side of map and ganking but in such annoying way that even if the gank fails he will try to take down a tower with his laner with a threat of diving an opposite laner. Now this has it advantages and it flaws, but when it succeeds, or better said when he knows he is stronger than enemy jungler he will move to lane in order to counter gank his opponent which has been starved by counter jungling and unsuccessful ganks. Now will that work with TSM roster? My answer is probably not, it could but some factors in their gameplay need to change, in order for this to work, most laners have to play safe or all have to push constantly, which will be hard to achive. We saw that trough history of his time on SK gaming, two patterns are obvious; SK´s  S4 summer roster, where you had most guys playing passively, and the attention was put onto Freddy who than acquired advantages together with Sevenskeren. Other patter of the success of this play style is the constant pushing which we can see in SK´s gaming spring split roster, where all lanes push, and they all play to win lane and translate that lead into mid game. That pattern works well with Svenskerens play style  because it frees up the map and the jungler is visible because he has to gank or his team will fall under the amount of pressure, which was put by SK´s laners, which than frees up Svenskeren to do his thing of taking your jungle and hitting your tower. Will TSM be able to fit Svenskerens play style into their team or will he need to adapt and become Santorin or Oddone with better laners? Time will tell which Svenskeren will we see, the carry or the support, which TSM rosters in the history have been notorious for molding their junglers into.

Mid lane: Bjergsen is a superstar player and the best mid laner of NA LCS. Stating those facts he can only get better with this roster, because of addition of 2 shot callers (KaSing and Svenskeren). Adding these two players into the roster frees him up to focus on his mechanical play, which was proven to be extremely strong even at the time in which he shot called for TSM, but can he take it to another level, to the level where some casters put him will be extremely interesting to see. He has been complemented by many to be something he wasn´t at that time, but can he now become it, can he truly become better than Faker? Time to prove it is next season if he fails with these names around him, I can´t see him ever to be considered world’s best mid laner.

ADC: Doublelift is also a superstar like Bjergsen, many times he was considered the best adc in NA LCS. Can both exist on the same team or will one have to take a step back, time will tell but for now let´s focus on his gameplay specifics and how it needs to fit TSM. Doublelift is known for his insane mechanics, strong laning phase, and not so good decision making when it comes to moving around the map and positioning in the team fights, but those 2 problems can be fixed by KaSing´s guidance, which he will provide, and by coaching staffs efforts of explaining to him his role in the team comp. Stating those two things make Doublelift look like a dumb player which he is not, but he most certainly is greedy. He shown restrain in the past splits when it comes to taking too many recourses and overstaying because of few extra cs, but that can fade away if he loses or doesn´t even gain trust in his team mates and his lane partner. He can be both the greatest and the worst acquirement of TSM, which one of those will he become depends mostly on him, because he is driven so much by his own opinion, which is hard to change within a person.

Support: KaSing was one of the best supports in Europe last season, accompanied by Mithy and Yellowstar. He was truly his team leader and shot caller, alongside Oddoamne. He is looking to bring these attributes into TSM. KaSing is best acquirement for TSM´s support postion beacuse he bring evrything they need, which is shot calling and strong mechanical play and map control( which is also a part of shot calling) or as popularly called “KaSing effect”.  He will have a hard job in TSM, maybe even the most important one, and that is keeping his superstars on a leash and making them not bite each other. He will, alongside coaching staff, decide which version of TSM will we see in season 6, the international one or the domestic one. Domestic TSM will have one play style and it will look weak outside of it. International TSM will be a book hard to read even for the best of analyst around the world this is a TSM that can be a world’s contender, where everything comes perfectly together and each player can play his role within multiple play styles. Will Kasing and rest of TSM write this beautiful book or will it all just stay and die as hype?