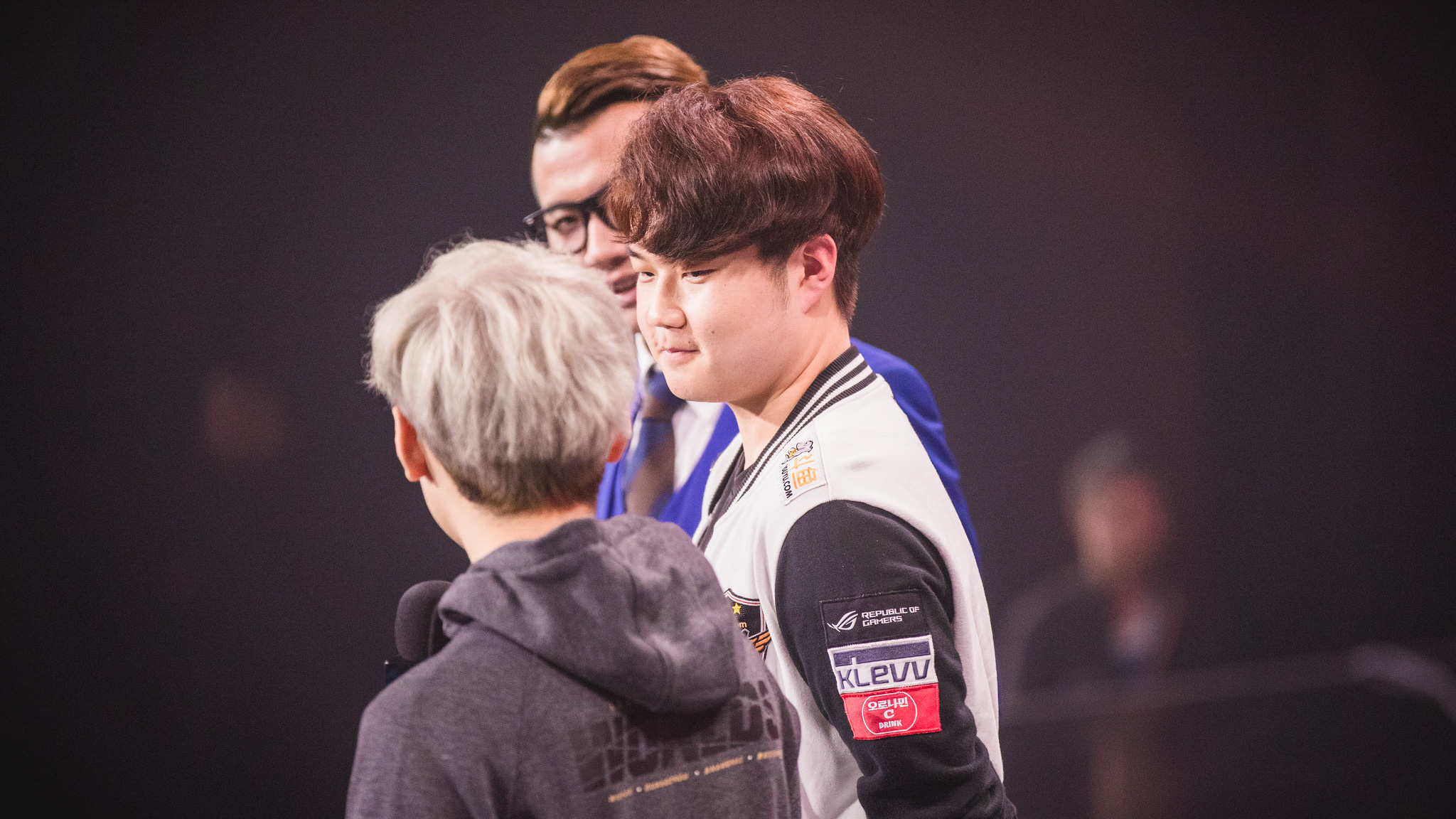 Usually when you hear that a splitpusher pressed all the way to the enemy Nexus, it’s a figure of speech.

A splitpusher’s job is to exert pressure, but they rarely do it alone. Sure, they may get a few turrets, an inhibitor even. But the Nexus is too well defended and too easy for the enemy team to turn on a single player, no matter how strong he is. When the inhibs start falling, it’s time for the splitpusher to rejoin his team for some fights.

But SK Telecom T1 are not a usual team. They don’t care for your writing constructs—when they say push to the Nexus, they mean it. This was made evident by the way they beat Cloud9 tonight in the Worlds group stage. They put top laner Heo “Huni” Seung-hoon on Jayce and literally charged him with taking the Nexus.

He did it with Cloud9 barely putting up a fight.

Of course, Huni didn’t actually do it alone. Coming off a surprising loss to ahq e-Sports Club to start the night, SKT had something special planned for this match. They went in with a very specific idea: Shut down Cloud9’s youngest player, jungler Juan “Contractz” Garcia.

They knew he would pick an aggressive jungle champ. He’s all about Ezreal and Rek’Sai, and it has worked for Cloud9 so far. But that also leaves Cloud9 with only one tank in the top lane. SKT drafted around that, getting two assassin-types in mid lane Fizz and ADC Twitch. Then, with the ability to counter anything Cloud9 threw at them, they last-picked Jayce for Huni.

The early game was all about controlling Contractz’s Ezreal. Substitute jungler Kang “Blank” Sun-gu made it his personal mission to follow Contractz around. He didn’t so much need to make plays as deny Contractz. In doing so, he kept Huni, mid laner Lee “Faker” Sang-hyeok, and ADC Bae “Bang” Jun-sik safe.

Huni was free to AFK push, Faker didn’t die despite losing some minions on a weak early champion, and Bang crushed the duo lane. The fact that SKT even walked out with first blood was just icing on top.

Getting first blood on a Twitch that was already smashing a tough matchup was too much for Cloud9 to bear. From then on, the map was out of their control. Twitch could be anywhere, and whenever they heard him yell “surprise,” it was time to run for the hills.

But somehow, Cloud9 hung around, despite little vision. Then, in a shocking turn, they caught Blank overextended. No jungler meant Baron for the NA LCS side. They went down the mid lane, determined to push into SKT’s base.

Normally that would cause panic for the defending team. Not for SKT, however. They casually gave up an inhibitor with only four players around—because Huni was busy trading for one on his own.

Huni not only traded inhib for inhib, he got an extra Nexus turret and a kill on the way out. His innovative build, getting a Tear of the Goddess early, gave him the mana to pump out spells. After that inhib trade, the game was basically over. Cloud9 simply could not match Huni. SKT calmly walked to an objective and wasted time while Huni won the game.

The clinic put on by the South Koreans mean they have solidified the first seed in Group A. For Cloud9, they are up for the fight of their lives. They’ll play ahq next, likely a do-or-die for a spot in the quarterfinals.