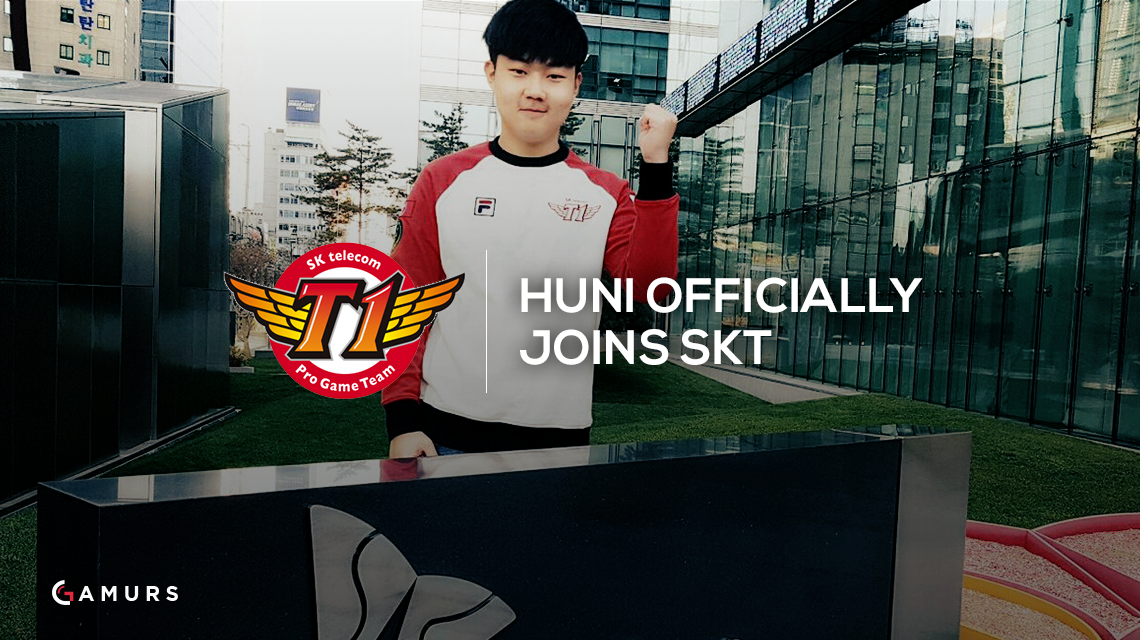 Huni spent the year playing top lane for NA LCS powerhouse Immortals. Despite having a 33-3 record in the Round Robin stage of both splits combined, Immortals failed to make it through the semifinals of the playoffs in either split. Then, in the NA Regional Finals, Immortals fell 1-3 to Cloud9, failing to qualify for Worlds after dominating the region almost the entire year.

Huni saw a mix of results in NA. His raw mechanical skill is among the best in the world, however, he was often faulted for his off-meta picks and carelessness. It is also worth noting that this is the first time Huni has not been on a team with Kim “Reignover” Yeu-jin, as they both joined Fnatic in 2015 in Huni’s rooke split, and then played for Immortals.

What are your thoughts on Huni joining SKT? What do you think their chances are at defending their World Championship during 2017? Let us know in the comments below or by tweeting us @GAMURScom