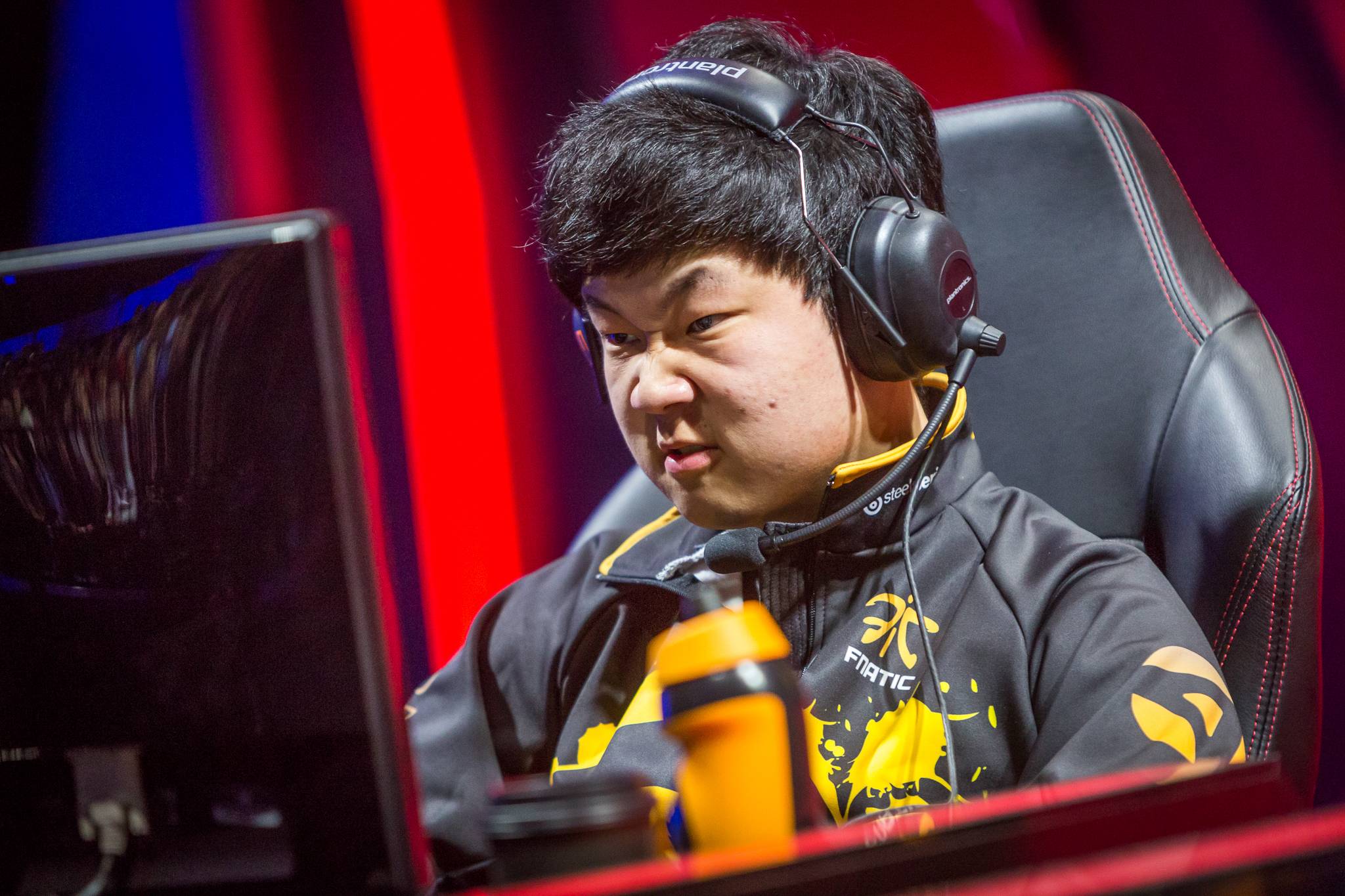 Fnatic’s fantastic play at MSI came on the back of many factors. Febiven’s ability to rival the legendary Faker for a Best of 5 series brought renewed hope to Europe’s flagship mid lane position. The brilliance and daring of Fnatic captain YellowStaR further secured his place in history as the greatest Western support ever. However, the fantastic performance of the final member of Fnatic’s star trio, Korean import Huni, has had the largest effect on competitive League of Legends.

Ever since the birth of Korean League of Legends, Korea has been known as the home of fantastic top lane play. Legends like Shy, Reapered, and MakNoon passed their flag to starry names like Flame and Expession, who have now passed it yet again to rising stars such as MaRin or Smeb. In moving from Korea to Europe, Huni has helped refocus attention to a position which has long been neglected in the West. Huni’s own rise has been accompanied by the growth of not only a fellow import, but several native-born talents. Joining up with revitalized talents like Origen’s soAZ, CLG’s ZionSpartan, or even TSM’s Dyrus, these players promise a true western top lane Renaissance.

A top laner may not be the best player on their team, but in this metagame it’s hard to argue that they aren’t the most important. As we’ll see, how a top laner plays has a huge role in dictating the play of their teams.

The defining member of this generation of top laners, Huni stands far above his peers in terms of playmaking and carry potential. Not only does Huni deal the highest damage per minute from the top lane position in either LCS, he does so while playing a key engage and utility role. Although analysts once worried about a seemingly limited champion pool which heavily emphasized Rumble and Lissandra, Huni has shown an ability to easily identify and master new champions which fit his style. His use of top lane Ekko and glass-cannon Cho’Gath this season have not only redefined how teams must approach the Korean’s champion pool but has eased the carry burden on his teammates. With the combination of Febiven (highest damage per minute in the LCS) and Huni roaming the frontlines, AD Carry Rekkles can focus on cleaning up fights and killing towers, slotting him into the supportive Genja-like role he has always excelled at.

The only player in this new generation of top laners who can rival Huni is his European rival Odoamne. While Huni is given free reign by his teammates to carry, Odo plays a utility role, oftentimes forfeiting carry opportunities to Ryu or Hjarnan. Nonetheless, Odoamne’s damage per minute rivals that of Huni’s (535 to 527) in spite of playing more supportive picks in Rumble or Gnar. In comparison, the third highest damage per minute mark in the LCS belongs to Seraph, who stands more than 50 damage per minute behind Odoamne in spite of a champion pool consisting of off-meta damage-focused champions like Vladimir and Irelia. There is no particular aspect of Odoamne’s play which can be considered weak. After all, he is a carry top laner who deals massive damage. However, one particular aspect of his play which must be emphasized is his lane dominance. While H2K’s strong cerebral play and mastery of lane swaps plays a significant part in his early game leads, Odoamne is a master of pushing out small advantages and taking favorable trades, a skill which sees him boast the largest gold lead at ten minutes in either LCS.

The rise of Team Dignitas in the NA LCS has come as a shock for even fans of a team that found itself a single game away from relegation at the hands of Team Fusion. While the overall weakening of the North American region has played a large part in the team’s success, the play of Huni’s fellow Korean import has been a revelation. In the first split of the NA LCS, Gamsu was one of Dignitas’s few bright spots. In this split, Gamsu’s roaming style has been the catalyst for the team’s victory. The key factor of Gamsu’s play is his willingness to leave the so-called top lane island to help his teammates. Whereas Huni’s teamfighting play compensates for Rekkles’s low damage count, Gamsu’s roaming compensates for Shipthur’s extremely passive laning phase. The Korean’s expertise on former jungle champions like Hecarim, Jarvan, Maokai and Fizz seems him sometimes leaving his lane even before level 6 to score kills for his team. Opposing top laners and their teams seemingly have no idea what to do against him.

North America’s lone native representative on this list remains one of the most overlooked players in either LCS. Hauntzer finds himself in an unusual position on this list, as his play contains lessened aspects of many of the previous top laners on the list. Like Huni, Hauntzer is one of his team’s primary damage dealers. Like Odoamne, Hauntzer is a well-rounded top laner with an uncanny ability to push lane advantages. Like Gamsu, Hauntzer’s roaming play is critical for his team’s success. However, Hauntzer is unable to rival his peers in any of those categories. Where Hauntzer excels is his great understanding of teamfights. He imagines engages coming from extremely unusual angles and will almost always find himself tearing up the backline. In addition, Hauntzer’s ability to act as a primary carry alleviates the burden from Keane, who is able to focus on an anti-carry role. Although Hauntzer is not at the level of Huni or Odoamne, he rivals any other Western top laner and has a lot of room to grow – he has shown this fantastic performance on a team that doesn’t even know how to lane swap.

Gambit top laner Cabochard and UoL top laner Vizicsacsi have shown strong play in spite of their team’s mediocre records. Last split, both players played key roles in bringing their teams to the playoffs. While Cabochard served as Gambit’s primary carry, Vizicsacsi was the quiet rock which held UoL together for their Cinderella run to the runner-up position. Both these players deservedly join the aforementioned names as members of the West’s rising class of top lane stars.