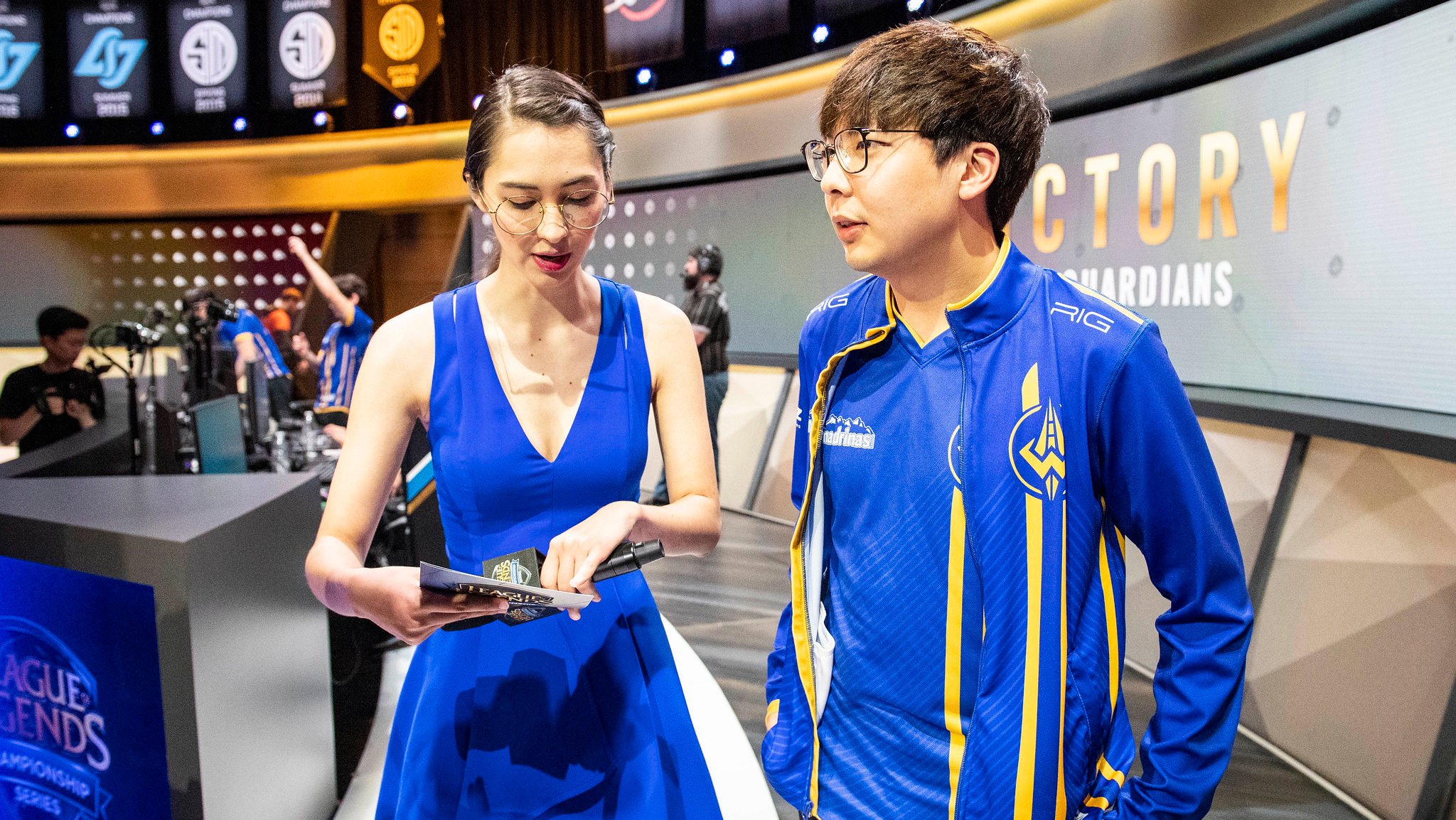 Finding themselves stagnating in the LCS, Golden Guardians turned heads by swapping out starting bottom lane duo Matthew “Deftly” Chen and Kim “Olleh” Joo-sung for Academy duo Victor “FBI” Huang and Choi “Huhi” Jae-hyun in week five. What made the swap even more surprising was the fact that Huhi has been a mid laner for the vast majority of his career, only swapping to support at the beginning of the split.

Many saw this as a simple substitution to give the starters some rest⁠. After all, Olleh has had a history of subbing himself out when his mental health takes a hit. But just one week after the change, GGS committed to its choice.

The organization traded Deftly, its AD Carry of the past three years, to Cloud9, effectively reuniting him with his former teammates while also sending a message that FBI and Huhi were here to stay. For better or worse, this is the bot lane of the future for Golden Guardians.

Despite his lack of experience in the support role, Huhi is confident in his ability to match up against other bot lanes in the league, though he admits consistency is still something he and FBI are struggling to master. As long as they keep growing and improving, though, he’s sure the duo can help the Guardians make the final push they need to get to the playoffs.

“[Consistency] is definitely something we’re working on. I’m personally not too rushed since this is only our third game of playing on stage, especially for FBI, it’s only his third game in LCS. For me, I’m playing a new role in LCS,” Huhi told Dot Esports. “We definitely need a little more time so that we’re 100 percent, but we are pretty confident in ourselves.”

Starting for GGS is something of a reinvention for Huhi, who looked like one of the worst players in the league last split with 100 Thieves. After the team crashed and burned despite having one of the strongest rosters on paper, Huhi decided he needed a change. While some fans may have been shocked by his decision to swap to support, Huhi sees it as a natural progression for him and his career.

“I think I’ve always had a thought that I want to experience other roles before I retire,” Huhi said. “I just had a really bad showing on 100 Thieves, and just in general demoralized myself. For myself to get new momentum, I figured it would be a pretty good idea to consider [role swapping] and to see what I’m capable of.

In addition to playing a new role, being a member of the Academy squad has helped bring Huhi a much-needed change of pace. He notes that Academy players will often challenge him less when compared to LCS players, allowing him time to learn and adjust to his new role. While he believes playing in the higher-stakes LCS environment forces players to learn faster, he’s glad to have had the chance to ease into the support role before needing to play on stage.

The fact that he’s one of the more experienced players in the league doesn’t make Huhi feel like he needs to teach his new teammates how to play the game, however. He doesn’t even feel like he necessarily knows more about the game than they do. Instead, he tries to help bring the team together so their games look less like solo queue games and more like professional matches.

That communication has been crucial for Huhi and his team. He says the environment on the team has been one of the best he’s experienced while playing professionally, and he points to the relationship between the Academy and LCS squads as an indicator of that.

On the Guardians, Huhi has had a chance to taste both LCS and Academy, since the organization has made a point of trying to establish a fluid 10-man roster. Due to this, the two teams share information constantly and even hang out outside of practice, which Huhi says is a novel concept to him.

“I definitely think it’s a lot closer compared to other teams that I’ve been on,” Huhi said. “When I was in LCS, we had an Academy team but we didn’t really interact with them that much. We’d probably just say hello since we see each other here and there. Here, people definitely do talk a lot more and give information to each other a lot more. They play ping pong together, too, and we watch each others’ scrims and cheer each other up.”

As for how he thinks the team will fare in the final two weeks of LCS, Huhi is confident the team can break out of its slump and make the playoffs. While he admits that because of the team’s losses earlier on in the split, GGS will need to play at a higher level in order to stay in the top six, he’s thankful for the lessons those defeats imparted.

“I do think losses give you more points to improve on, and you just have to make sure the environment doesn’t go bad when you lose. Just make sure to keep being positive and keep your confidence and you’ll learn a lot more from a loss,” Huhi said. “From now on, it’s pretty important to win every game for the playoffs, so we just have to keep that in mind, too.”

For Huhi, moving to Golden Guardians was a reinvention, a chance for a player seen as past his prime to revitalize his career and prove to both himself and the world he is still able to compete on this big of a stage. For his new organization, Huhi and his bot-lane partner, FBI, are the future, a duo brought in during the middle of the regular season to turn an entire team around.