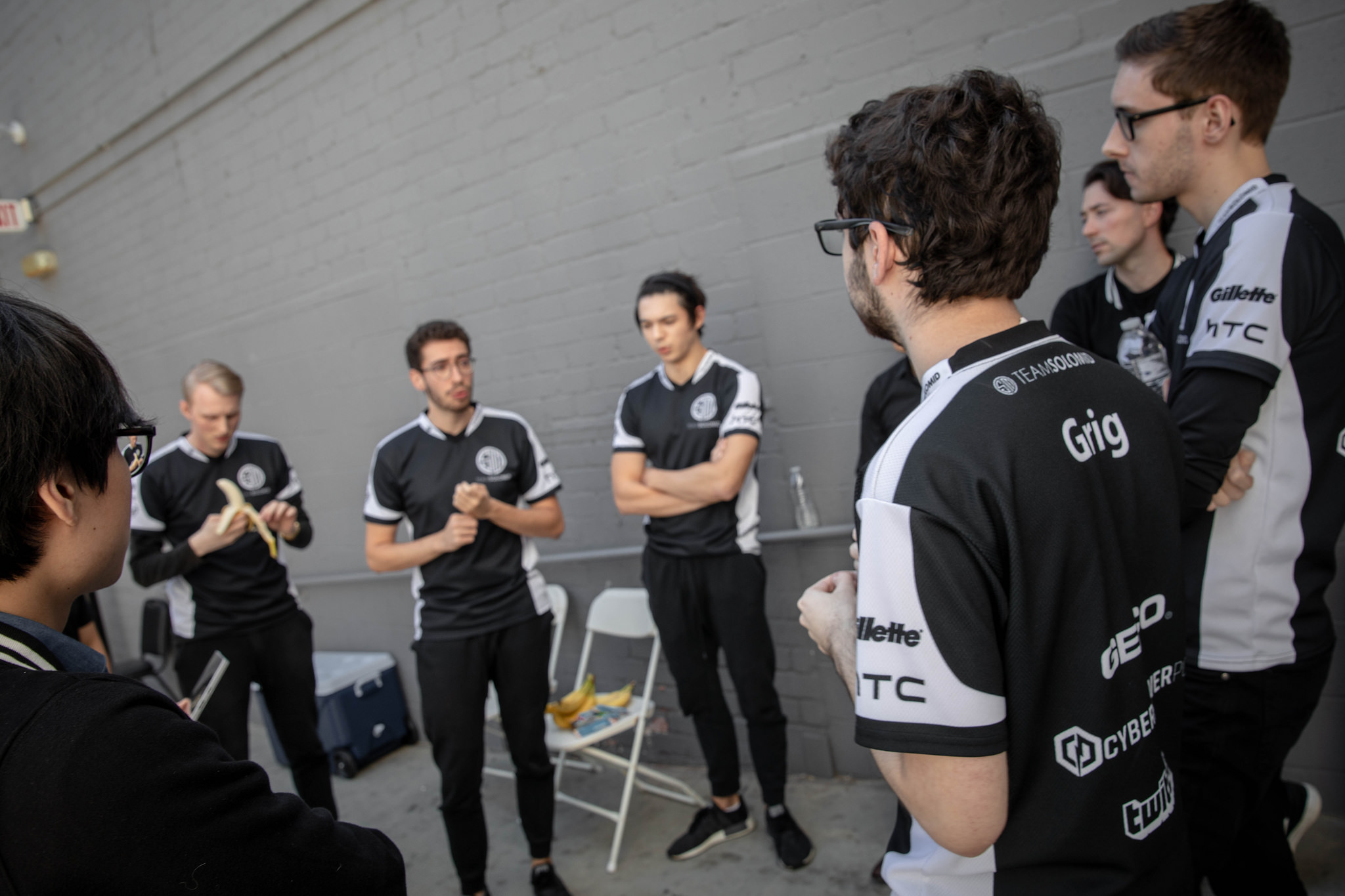 Yesterday’s surprising sweep in the NA LCS regional gauntlet sent Cloud9 to Worlds for the sixth-straight time. But because the loser was TSM, the story invariably revolves around them. They’re the most successful team in the region after all, and even though they came into the day as underdogs, it’s still shocking as the news finally sinks in: TSM will not be going to Worlds.

The problems with the team are numerous. They consistently fail to play the map from losing lanes, to create splitpush advantages, to use strong jungling to break games open, and to lessen their reliance on star mid laner Søren “Bjergsen” Bjerg. All of those are crucial issues, but none are backbreaking on their own.

The real issue is that TSM has no identity, a shocking revelation for a team named after a specific playstyle, “solo mid.” It’s an issue that’s bubbled beneath the surface of TSM’s failures for years but has yet to be fully addressed. And if it isn’t fixed, it could mean the dissolution of North America’s most storied team.

In yesterday’s series against Cloud9, one of the most glaring problems for TSM was top laner Kevin “Hauntzer” Yarnell’s clear unfamiliarity with the Aatrox vs. Hecarim matchup. Similar miscues have doomed the team in the past, from bot laner Yiliang “Doublelift” Peng’s stubborn insistence on scaling picks at Worlds last year to jungler Dennis “Svenskeren” Johnsen’s mindless invades at MSI 2017.

Hauntzer’s Aatrox play was certainly abysmal. For most of the second and third games, it felt like TSM were playing four-vs-five. But even then, TSM had win conditions that didn’t rely on their top lane bruiser. But too many plays ended like this:

The culprit at the center of that play was, unsurprisingly, Hauntzer. But the problem is more fundamental than that. Hauntzer wasn’t the only one to die, after all. Bjergsen and jungler Jonathan “Grig” Armao were both lost in the fight, a fight that TSM ran to at full speed. The result? A Cloud9 Baron that, without which, Cloud9 very likely would have lost the game.

Cloud9’s team comp, with top lane Hecarim and jungle Nocturne, had one very simple goal: Run at TSM. The problem with that comp is that, as the game goes late, running at TSM’s backline of Cassiopeia and Xayah becomes more and more difficult. Hecarim peaks at three items, Nocturne at two. TSM were very close to a point in the game where Cloud9 simply couldn’t fight them anymore. The first Baron wasn’t a luxury for Cloud9—it was a necessity.

But TSM didn’t see it. And that’s the problem: How TSM see the game. It has less to do with the execution of individual champions and more with TSM’s understanding of both team’s win conditions. As League has evolved, TSM’s style of winning individual matchups has worked less and less well until finally they got kicked out of Worlds because of it.

TSM lose because they don’t see how to win.

Slaves to the meta

You can see this issue before the games even start. It’s telling that, in the must-win third game, TSM defaulted to Aatrox in the top lane and Urgot mid, two champions that suited neither the abilities of their players nor what vestiges of playstyle they had left.

During the latter half of the Summer Split, TSM showed proficiency playing scaling lineups that could win full teamfights in the late game. But after failing in game two, that plan went out the window. And for the entirety of their careers, Bjergsen has bodied Cloud9 mid laner Nicolaj Jensen on mages like Ryze, Syndra, and Orianna. But after one bad game, his Cassiopeia was banished.

And don’t forget that TSM only picked Aatrox after support Alfonso “Mithy” Rodriguez failed to Flash an Aatrox engage from Cloud9 in the first game. That one loss was enough to convince TSM’s braintrust that Aatrox was busted and their own practiced combination of Varus and Tahm Kench was useless.

That’s how a mechanical misplay, one that’s unlikely to happen again, can snowball into a series loss. It’s the same way that elimination at Worlds last year resulted in a wholesale remake of the team that led to TSM’s worst competitive season ever.

Now TSM have to pick up the pieces once more. If history is a guide, more changes are incoming. Bjergsen, the team’s mainstay and easily a top-tier mid laner in the region, has been criticized this year. There may not be any sacred cows this time. And that’s sad for all fans of the LCS—that one of the best teams in its history could fade away without every discovering who they really are.