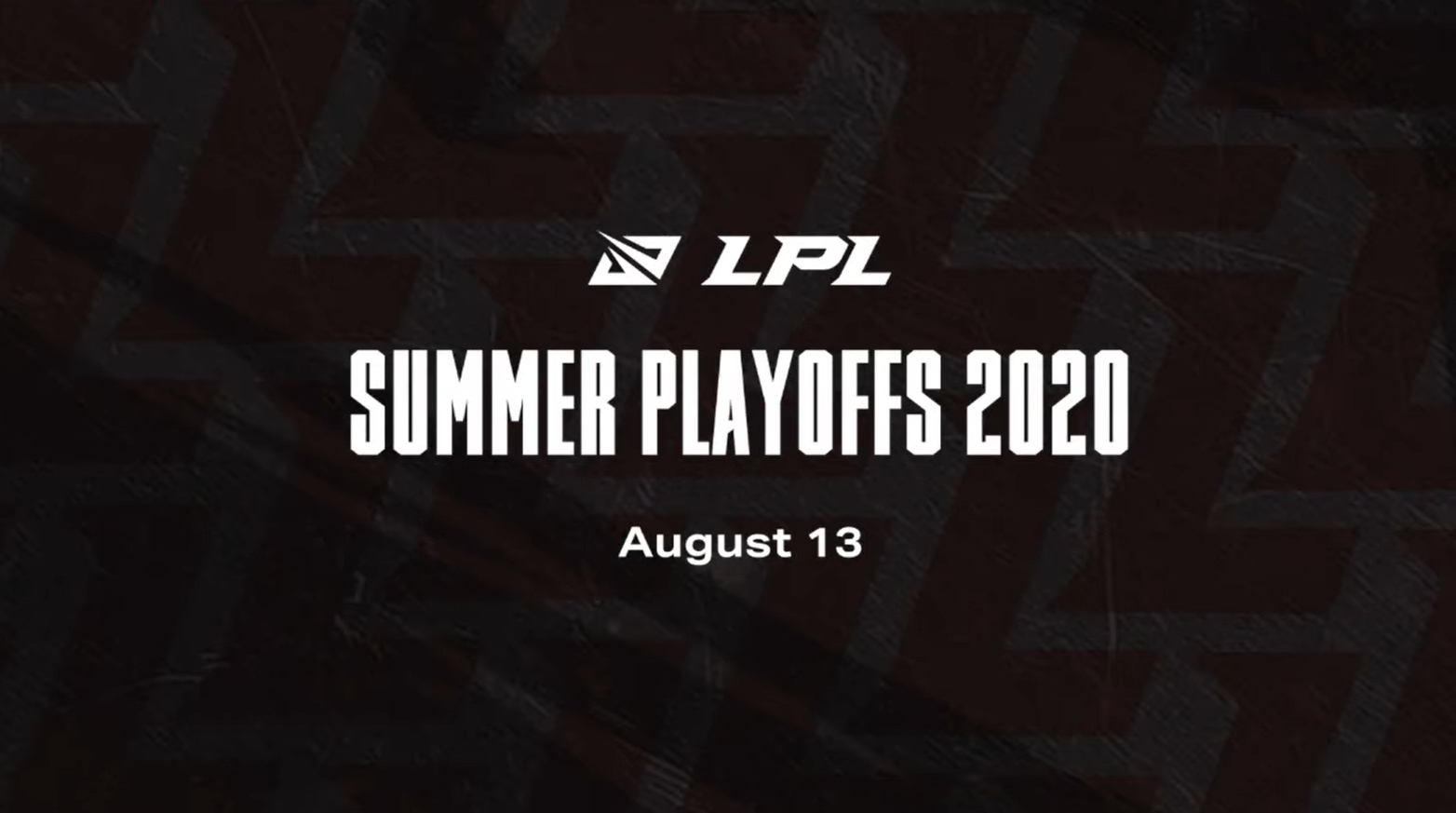 The League of Legends esports scene’s playoffs, which will mark the start of the Worlds run for all qualified teams in the major regions, will start with the LPL on Aug. 13 at 4am CT. The LCS playoffs will then kick off several hours after.

The eight best teams from the LPL Summer Split regular season will face off in best-of-five matches that will undoubtedly offer loads of action and numerous teamfights in classic LPL style. The team that hoists the trophy in the LPL arena, without an audience due to the COVID-19 pandemic, will earn its spot in the 2020 World Championship, which will be held in Shanghai later this fall.

Here’s everything you need to know about the LPL Summer playoffs, which will officially kick off this year’s postseason.

The 2020 LPL Summer Split playoffs begin with a match between Victory Five and FunPlus Phoenix on Thursday, Aug. 13 at 4am CT. The finals will take place after Aug. 23 on a date that’s yet to be confirmed.

The first week of the playoffs will feature both round one matches, followed by the quarterfinals on the weekend. The semifinals will take place the next weekend, on Aug. 22 and 23. The third-place match will be held on Tuesday, Aug. 25.

The playoffs will be available to watch on both Twitch and YouTube with English commentary delivered by casters Joe “Munchables” Fenny, Jake “Hysterics” Osypenko, Rob “Dagda” Price, and Jordan “Lyric” Corby. Replays will be available on those channels, too.

The matches will also be covered in Chinese, Vietnamese, South Korean, French, and Spanish (the channels will be further updated here). In case of delays, it’ll be updated on the official LoL Esports schedule page.

Eight teams out of 17 earned their spot in the Summer Split playoffs after nine weeks of regular season matches. Here are the teams along with their regular season records:

The tournament’s format will be similar to the 2020 LPL Spring Split playoffs. All matches will be best-of-five series in a single-elimination bracket. The four bottom teams in the rankings, V5, FPX, LGD, and WE, qualified for round one.

The top two teams, TES and JDG, on the other hand, will wait in the semifinals. The third and fourth-place teams, SN and iG, will sit directly in the quarterfinals.

The team that wins the playoffs will earn a direct spot in the 2020 World Championship. The other squads will be awarded Championship Points for their placing in the playoffs. That’s why the match for third place will be crucial since the winner gets 30 more points.

Although Lillia quickly became available in competitive matches, Yone, who was officially released on Aug. 6, won’t be available for the LPL playoffs or in any other league.