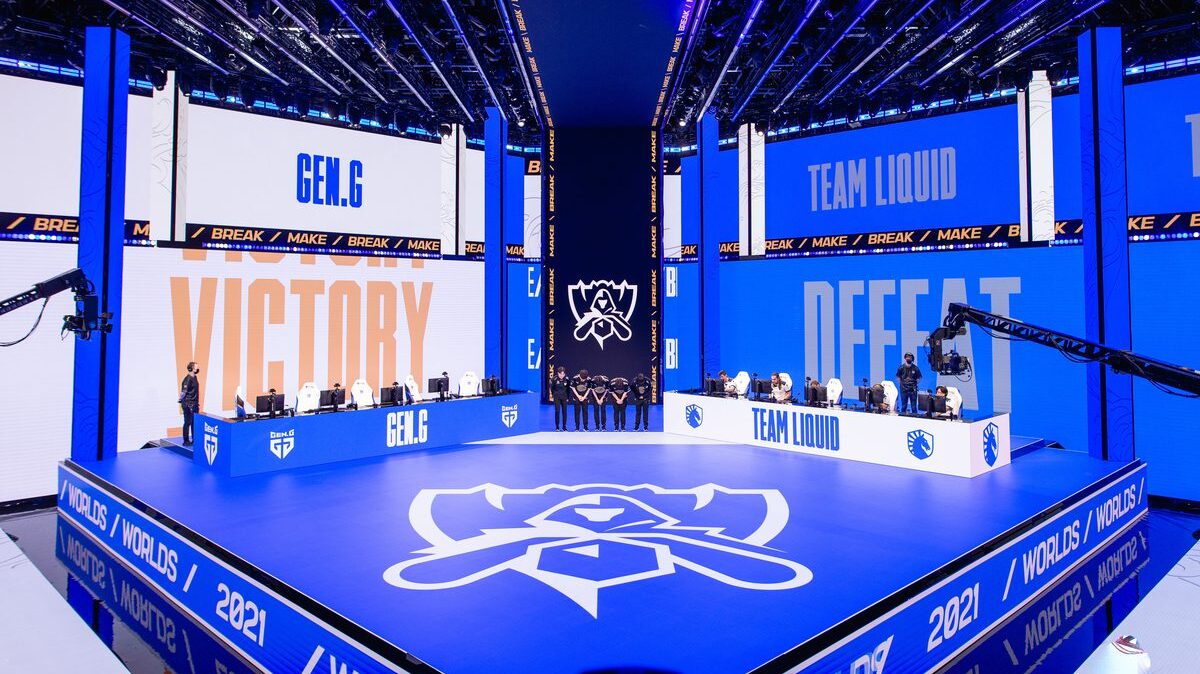 The League of Legends Worlds Championship is one of the biggest challenges in terms of logistics for an esports event. COVID-19 threw a wrench into Riot Games’ ability to build on-site events and major productions over the last two years. The company faced restrictions on venue capacity and had to maneuver obstacles in terms of moving people and equipment from one country to another.

The Riot esports team monitored the pandemic in the months leading up to this year’s World Championship. But in August, they realized it was impossible to bring the tournament to China as originally planned. This led Riot to make a risky decision: move Worlds 2021 from China to Iceland in just two months.

Riot’s Global Head of Esports Events Jarret Siegel and director of league operations Tom Martell told Dot Esports it was a journey “full of challenges” the team needed to overcome to put on a great World Championship show this year.

In August, Riot moved the event from China due to the inability to access the country because of new COVID outbreaks and variants. The team reached the point where it was extremely difficult to guarantee that qualifying teams and their best players would be able to attend Worlds this year. Siegel told Dot Esports the Chinese government gave Riot a “tremendous amount of support” in moving Worlds 2021 to another country. Chinese League fans were also “incredibly understanding” of the obstacles Riot faced, according to Martell, even though the company needed to find another home for the biggest tournament of the year.

Riot had a number of potential options for a host country, but the esports team ultimately settled on Reykjavík, Iceland as the last-minute location for Worlds 2021.

“A key aspect of our planning is built on the strong collaboration with the Icelandic authorities, and we have really strong relationships from the previous events this year,” Siegel said. “We were fortunate to be able to utilize these relationships. Also, some operational planning from our recent events in Iceland, which helped us expedite our planning, expedite the sourcing of venues, hotels and vendors under the short timelines.”

Even though Riot successfully moved the production to Iceland, it wasn’t easy with COVID’s shadow still lingering. Teams from the VCS region, who missed out on both Worlds 2020 and MSI this year, couldn’t compete in the World Championship again due to COVID-related travel restrictions.

Riot is taking steps forward to prevent a similar situation in the future where a league isn’t allowed to attend the tournament due to third-party issues. The esports team is working with various government agencies to try to find ways to enable teams to attend events, according to Martell. But this decision is ultimately “outside their hands.”

“Our team on the ground is working closely with the Vietnamese government to try to identify new paths forward that we might be able to use to allow an exception for players to come in and out specifically for these events, given the kind of quarantine controls we have in place,” Martell said.

Apart from the VCS, Martell said the process of bringing the teams to Iceland has been “relatively smooth,” mainly due to the teams that worked closely with Riot and their good relationship with the Icelandic government and authorities.

Even though the majority of the teams could make the journey to Iceland, Riot prevented fans and media personnel from attending. The company claimed this decision was made to protect the health and well-being of the production staff and teams in attendance.

“We certainly miss the energy that comes with a live audience,” Siegel said. “You know, we’re focused on ensuring the health and safety of everyone involved in hosting, producing, competing at the event. And our decision not to have a live audience was made in close collaboration with the European authorities and our own trusted risk assessment and safety partners, and we continue to use the guidance from various health organizations to prioritize everyone’s safety. We still plan to deliver a really high-quality viewing experience for fans watching at home.”

The opening ceremony for the Worlds grand finals is a key part of Riot’s annual event. And with this quick venue and location change, it’s unclear what this year’s opening ceremony will look like compared to past Worlds. But Riot says fans can expect “top-level production.”

Looking forward to 2022 and beyond, COVID’s impact on future events remains unclear. But Riot confirmed to Dot Esports that the move from China to Europe will have no influence on the list of future host countries for Worlds. North America will host Worlds 2022 unless another emergency arises.