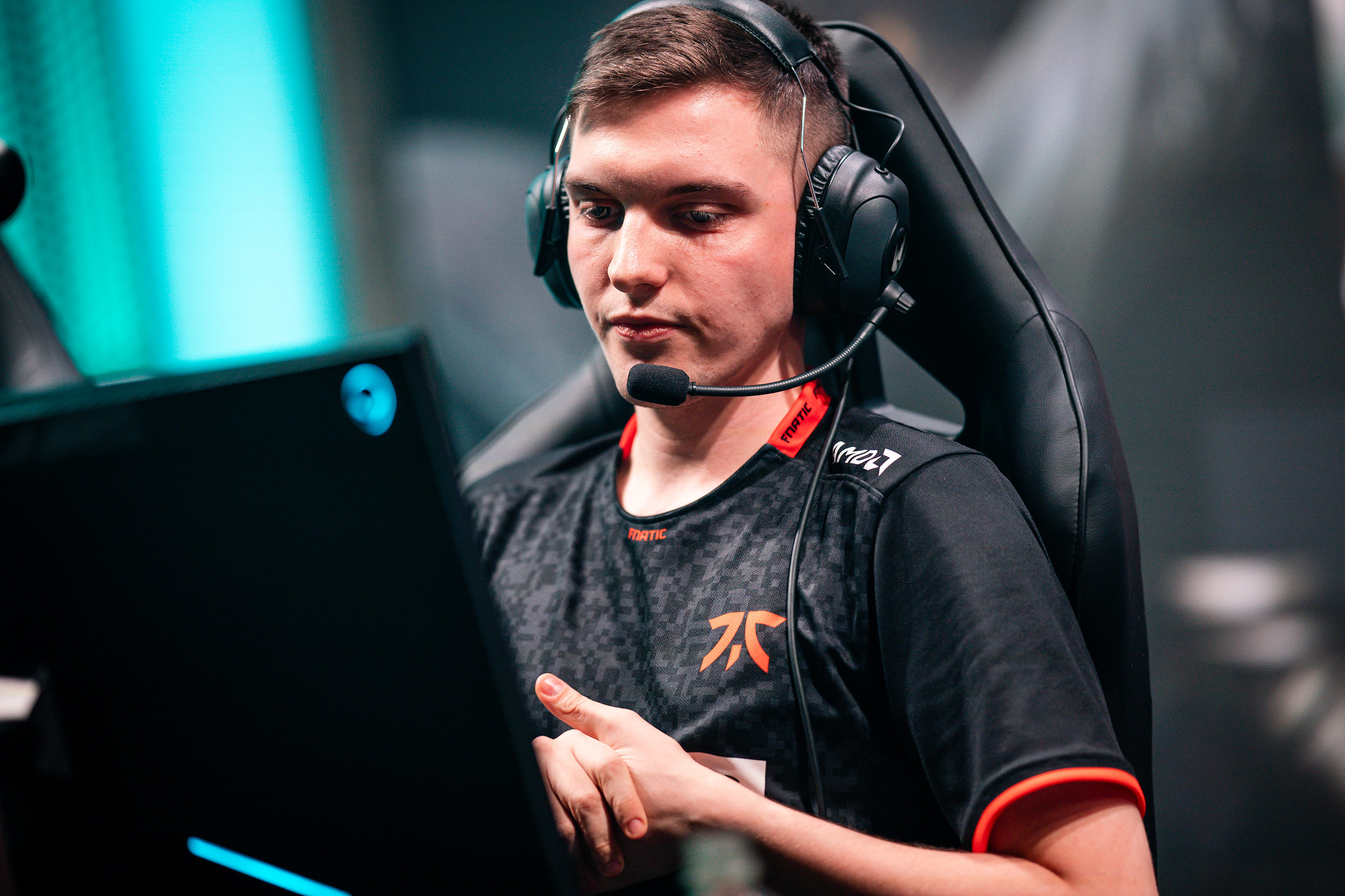 After a turbulent offseason, Fnatic had a lot to prove coming into the LEC in 2021. The loss of Rekkles and Nemesis marked the first time in two years the League of Legends team had made multiple roster moves in the offseason, with the last instance being the acquiring of Hylissang and Bwipo in the 2018 preseason.

But Fnatic dropped the ball in their opening weekend in a way few could have expected. Their first two games came as crushing defeats to teams that they had easily beaten only a year ago. It wasn’t even a question of hard-fought battles, either—Fnatic simply rolled over and died. A combination of poor decision-making and early game blunders sent them plummeting to the bottom of the standings.

After a shocking two-day run, Fnatic had only one more opportunity to turn it around and prevent a winless weekend. Sunday’s game saw them go up against arguably their weakest opponent in Schalke 04, whose only win of the weekend had come from a coin-flip base race against Vitality. Both teams came into the game with a lot to prove.

Fnatic took the victory in a 27-minute sweep that showcased an as yet unseen potential from the team. Although they’ve got a long way to go to get back to their Worlds 2020 quarterfinals form, this game gave fans a glimpse at the potential of Fnatic’s 2021 roster.

Fnatic came out swinging in the drafting phase, opting to ban the Pantheon that had caused them so much heartache at the hands of Inspired in yesterday’s loss to Rogue. A large part of Fnatic’s success comes from their ability to unlock Hylissang in the bot lane. This draft saw them pick up an early Sett support and take away Leona and Alistar from Limit in the second round of bans.

The aim of denying these power picks was simple: security for Upset. Without the threat of instantaneous engage, he had the ability to lane solo while Hylissang shadowed Selfmade in the jungle. So much of Fnatic’s success in 2020 came from unlocking Selfmade on high-damage picks, and the team finally returned to that approach today.

Alongside their decision-making in draft, Fnatic decided to leave behind some of the chaos of their opening games. In a video posted to the team’s Instagram account, Selfmade described their gameplay as “playing like apes,” and while a little toxic, the description is perhaps not entirely inaccurate.

Their losses to Rogue and Misfits felt like Fnatic were trying to win the game before it had already started, heavily over-forcing tiny laning advantages only to be heavily punished and left in the dust by the enemy team. This time, they took a more measured approach, particularly in the jungle role, and allowed their carries to scale into their respective power points.

Fnatic turned their week around with a 27-minute victory against Schalke—but is it enough to save this team from themselves? The answer is, as yet, unsure. Fnatic showed they’re able to play a more controlled style, but they showed it into their weakest opponent of the weekend.

It remains to be seen whether Fnatic’s poor performance will be anything more than an unlucky blip. They play Vitality on Jan. 29 in the second week of the LEC Spring Split.