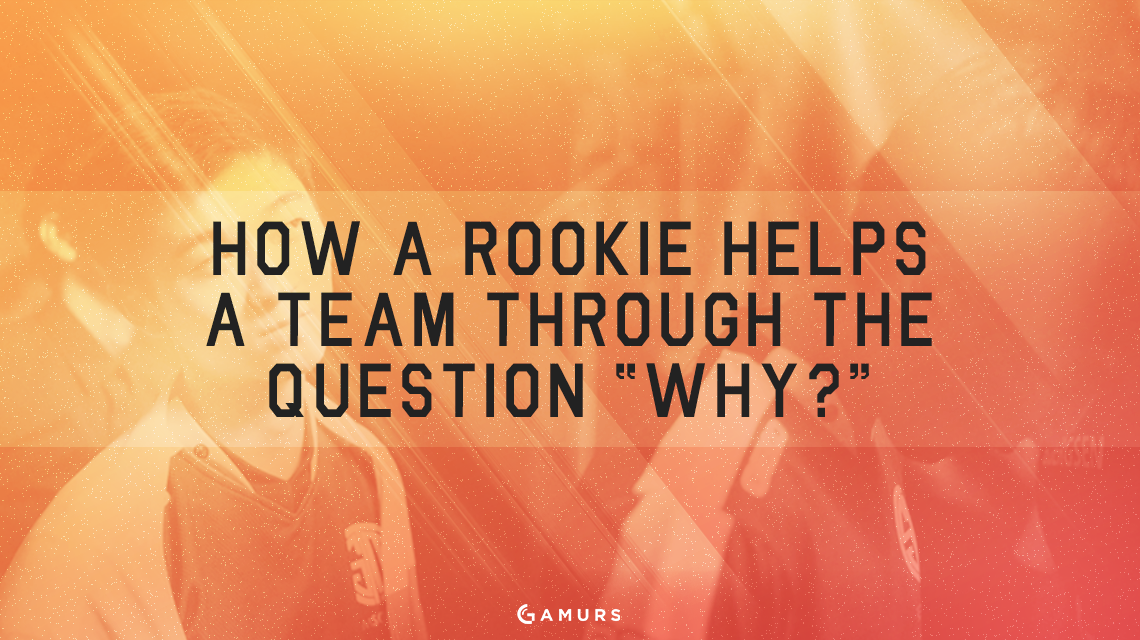 The classic saying goes, “you can’t teach an old dog new tricks.” An old dog knows his way, he knows the way he has been using for years and he will not be too excited to learn new ways. A young dog, however, one who does not know many tricks yet, will be the one sitting at the front of the class and soaking up as much info as possible. The young one is the one who is going to be eager to ask questions and probe for more information, and the teacher better be ready for that. Asking the simple question of “why?” can be instrumental of both the learning and teaching process. Being able to answer that questions makes both parties better at whatever it is they are trying to learn or master.

In the ”DUOS” feature video posted on the LoL eSports channel, Yilliang “Doublelift” Peng, the current TSM AD Carry, described this situation with the young Vincent “Biofrost” Wang by saying,

Having him as a mirror to bounce off of has made me a better bot lane player… Most importantly it’s made be a better teammate.

We will start by going back in time and looking at the Bora “YellOwStaR” Kim (former TSM support, who is now playing for Fnatic) and Doublelift pairing that Team SoloMid ran during the 2016 Spring Split. In that lane, you had two veterans who both started their careers more than five years ago. Both of them had certain strategies and styles of play (tricks if we want to continue from the introduction) drilled into their mind. They struggled to mesh well, not due to a lack of skill, but rather to a distinct difference in style of play stuck in their heads after years of practice. There was no clear steam engine that was driving the train. It was instead both Doublelift and YellOwStaR who acted more like passenger cars, occasionally moving forward when a strong gust of wind (support from the jungle or another lane) came by.

When Biofrost came into the TSM botlane, he had no professional experience whatsoever, which forced Doublelift into becoming that driving force for the pairing. Biofrost still needed to find his footing in the LCS and Doublelift needed to help him do that. Doublelift had to drop down a few rungs on the ladder, pick up Biofrost, and help bring him back up to the top. It was this situation that benefited Doublelift, Biofrost and the rest of TSM. On the journey back up that ladder, Doublelift noticed flaws in his own game, flaws that would not have been noticed had Biofrost not been there to uncover them. In layman’s terms, Doublelift’s experience combined with the fact he had to teach and guide a rookie benefited both of them greatly.

When I was trying to teach him  (Biofrost) my playbook, I actually had to think what my playbook was… Having someone to teach actually makes you learn a lot and understand more about yourself.

This is a firsthand opinion on how the addition of Biofrost, a rookie, benefited TSM. It put Doublelift in a position in which he needed to show Biofrost the ropes. Thus, Doublelift was forced to ask the question “Is this the best way to be doing this?” A question that would not otherwise have been asked had TSM not brought in an inexperienced, but very talented and eager to learn, rookie.

It was Biofrost’s will to learn and Doublelift’s veteran status that set up the mentor-student roles that the TSM botlane had for the entirety of the Summer Split. It was Doublelift guiding Biofrost, and making them both better in the process. If we take a look back at the previous bottom lane pairing of Doublelift and YellOwStaR, they were not much of a pair. It looked more like the two were playing AD Carry and Support, while the current Peng-Wang dou look like they are playing one unison position: the duo lane. This has benefited TSM greatly, and there is no arguing that. The team’s results since the change have been staggeringly impressive and their competitors have found success only a handful of times since the introduction of Biofrost.

A baby or young child can usually learn a lot just from replying with “why?” to everything. This normally drives the person insance that they are speaking to and forces them to question themselves and find their flaws. This question of “Why? Why are we doing this, this way?” was quintessential in the growth of Biofrost from rookie to NA LCS champion. Had TSM not gone with the rookie and had they not subsequently asked the all important question that is “Why?” it is very hard to tell where Team SoloMid would be today. Though one thing we all now know for sure is that this move to add Biofrost could not have gone much better, as TSM have since won the regular season title and the North American League Championship Series title for their fourth time.