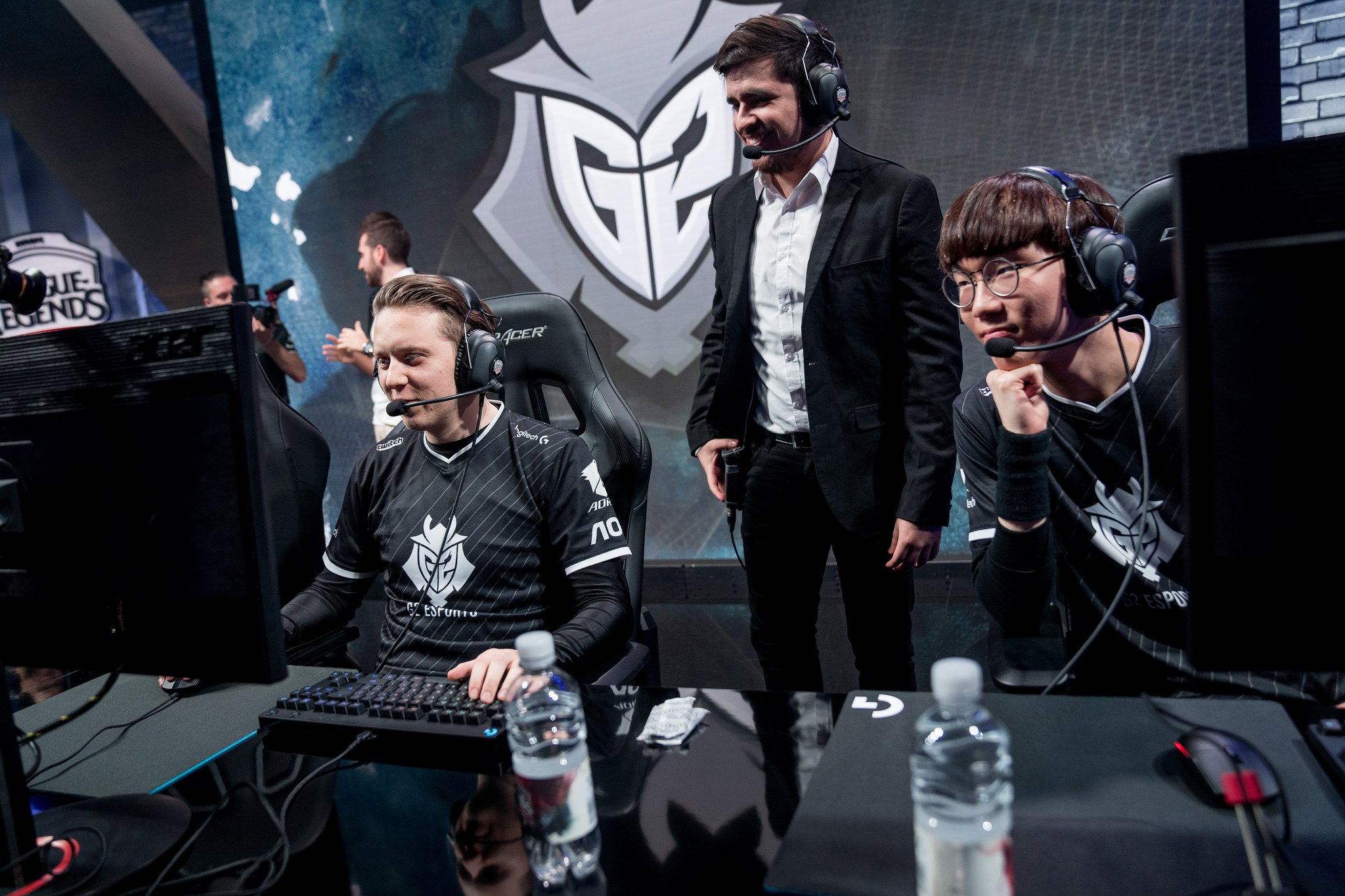 The first game of this intense showdown was extremely close at the start. Neither team really built much of a lead until Splyce unexpectedly took a Baron in the 21st minute.

From there, Splyce slowly began to take complete control of the game. They then closed out game one soon after securing a second Baron around the 30-minute mark.

G2 responded in game two, though, in large part thanks to Luka “Perkz” Perković’s Akali. The mid laner went 6/0/4 on the powerful assassin to help G2 tie up the series with a 32-minute victory.

In game three, Splyce made sure to ban away Akali. The style of this game was somewhat similar to the opening match—it was fairly even in the early game, and then Splyce slowly started to build a lead. Led by ADC Kasper “Kobbe” Kobberup, who went 6/1/3 on Tristana, Splyce eventually took the third game in 38 minutes.

With their season on the line, G2’s ADC Petter “Hjarnan” Freyschuss locked in his patented Heimerdinger for game four. The Revered Inventor and Perkz’s Irelia were instrumental in G2’s crucial victory.

A methodical Baron push in the 28th minute helped G2 amass a 10,000 gold lead. Splyce were seemingly helpless as their base crumbled around them, and G2 forced a decisive game five.

Hjarnan’s Heimerdinger returned in game five, and it proved to be an essential component of G2’s composition. A fast-paced early game benefited G2, who quickly got eight kills before knocking down the first tower.

The game went back-and-forth for a bit until the 28th minute, when a big fight broke out in the Baron pit. This led to G2 picking up three kills and the all-important buff.

Similar to the previous game, G2 used the Baron buff to dismantle Splyce’s base. A final teamfight near their opponent’s Nexus sealed Splyce’s fate and allowed G2 to take the 3-2 series victory—and Hjarnan’s Heimerdinger was the star, producing a 7/0/9 scoreline.

G2 will now advance to the finals of the EU LCS regional qualifier against Schalke 04. The winner of that match will earn Europe’s third spot at Worlds—and this epic showdown will begin tomorrow at 10am CT.