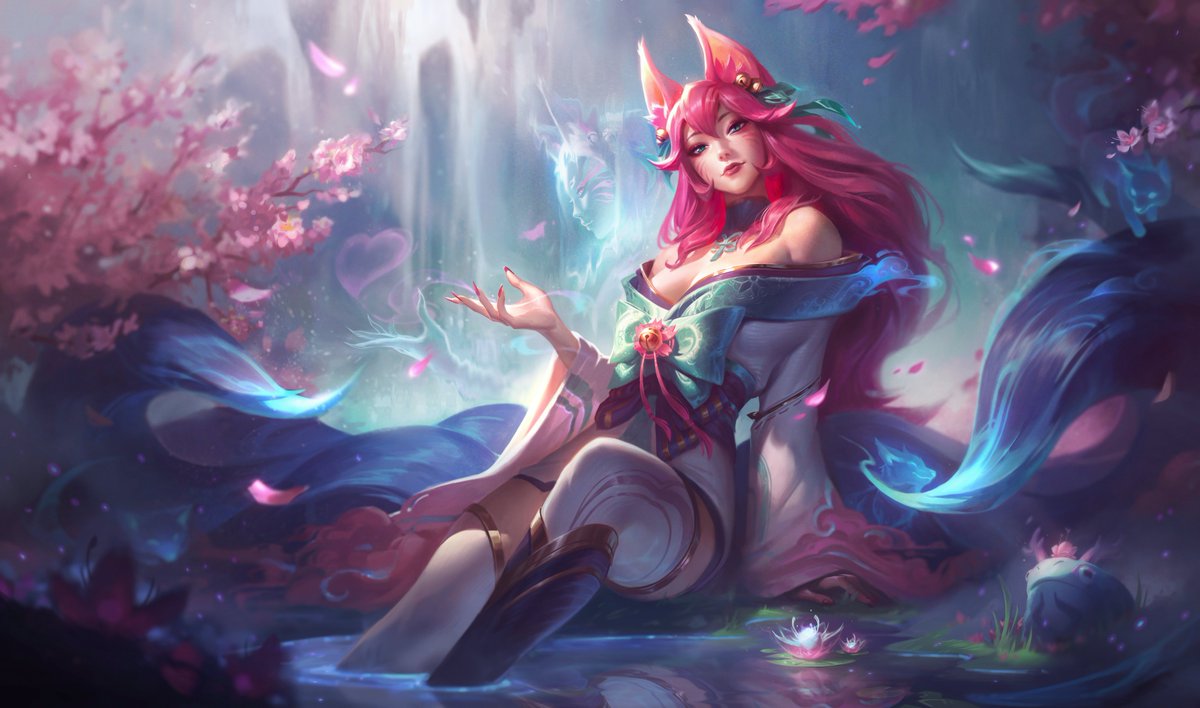 Most League of Legends fans love a good pocket pick—and it turns out LEC professionals are no exception.

In today’s game against Schalke 04, MAD Lions mid laner Humanoid treated LEC fans to a surprise Ahri pick. It was her first time on the main stage of European League since the 2017 EU LCS Summer Split when PowerOfEvil pulled out the champ against Fnatic. Although that Ahri ended up losing, Humanoid helped her to get her first LEC win today, going 4/1/8 in a 31-minute stomp against a flailing Schalke.

But how did he pull off a win on such a historically unpopular champion? With a little help from a masterful top and jungle performance out of Armut and Elyoya, MAD were able to set up the perfect conditions for Ahri’s success. Here’s how you can replicate that success in your own solo queue games—free LP incoming.

Runes are the cornerstone of any champion. They’re an essential part of picking up some free damage and utility on the Rift. Much like many assassination champions, Ahri tends to lean toward the Domination tree to augment her power in lane.

Her Orb of Deception (Q) alone provides two of the three separate abilities needed to proc electrocute if you can hit an enemy with both the initial hit and the return. And if you can weave in an auto attack alongside the poke from her Q, you can quickly rack up some damage in lane from Electrocute.

Further down in the Domination tree, Humanoid opted for Taste of Blood to amplify the healing Ahri receives from her passive, Essence Theft. Ultimate Hunter is also essential on the Nine-Tailed Fox, providing useful Spirit Rush (R) cooldown that enables Ahri to wiggle her way out of slippery situations or make the critical engagements needed to maximize her one-shot potential.

For secondary runes, the Inspiration tree with Time Warp Tonic provides more healing for a little security in lane.

Humanoid went for a rather unconventional build on Ahri in this game, electing to rush Liandry’s Anguish as his Mythic item as opposed to the much more popular Everfrost. The reason for this is mostly situational. He was backed up by a team with massive amounts of hard crowd control in Sion and Rell, meaning that the crowd control provided by Everfrost’s active would have been largely useless by the time he was able to complete the item. Everfrost’s popularity comes from how much easier it makes hitting Ahri’s Charm (E) and it helps make Ahri one of the more beginner-friendly mid lane assassins.

In professional play, the goal for many players is to get out of the laning phase as quickly as possible and group up to enact a cohesive game plan as a team. Because of this, items like Everfrost that facilitate individual playmaking are often somewhat less popular than they are in solo queue. This Ahri build is a perfect example of that solo queue vs. pro play discrepancy. If you’re looking to take Ahri into your next ranked games, you’re probably going to be much better off building Everfrost—that is, unless your autofilled top laner and support somehow have the synergy of Kaiser and Armut and are willing to roam to your lane.

Alongside Liandry’s, Humanoid picked up Cosmic Drive, a new item in season 11 that provides ability haste and bonus movement speed when the user already has more than 160 ability power. As well as its unique Spelldance passive, the item boasts an impressive +200 health and +75 ability power, meaning that you only need it, an Amplifying Tome, and Everfrost or Liandry’s to hit the 160 damage threshold for Spelldance to activate (and that’s not factoring in bonus AP from runes).

When to pick Ahri and how to play her

Although Humanoid’s Ahri was facing off against an Orianna in the mid lane, Ahri usually thrives against short-range champions who need to get up close and personal with her to do damage. Her charm is a notoriously slow-moving and difficult ability to hit, and the closer the enemy is to her, the easier it is for her to land that crucial crowd control and enact her deadly combos. Try picking her against Yone, LeBlanc, and Lucian—three of her highest win rate matchups in solo queue, according to op.gg.

Ahri is a relatively safe laner thanks to the healing she gains from her passive. Humanoid’s objective in the early game was to farm with auto attacks and poke with Orb of Deception. With a full combo of Charm, Fox-Fire, and Orb of Deception, he was able to chunk out a tasty 50 percent of Abbedagge’s health at level five. But Ahri really hits her stride at around the 1.5 item mark, where she can comfortably chunk out squishy opponents with a surprise attack from bushes or over walls.

Although team compositions are often the last thing on anyone’s mind in a solo queue lobby, Ahri can be significantly beefed up if surrounded by the right champions. Her Charm provides a decent gank setup but is even more effective when paired alongside a crowd control heavy jungler who can make that elusive skill shot even easier to hit.

Her potential to jump onto the backline means she works well at disrupting the enemy team, leaving room for her ADC to pile on the damage while the enemy is distracted. MAD Lions chose to run her alongside Jhin, but she works well with any low-mobility, high-damage marksman. She does need some form of engaging crowd control, however. And with the meta right now leaning toward supports like Rell, Leona and Alistar, Ahri is a reasonably safe first or second round mid lane pick.

She doesn’t have many hard counters, but Katarina can be a difficult matchup for Ahri. The free movement speed from picking up daggers makes her a difficult target to hit with Charm. Veigar is also a tricky opponent since he’s able to create space between himself and Ahri with his Event Horizon that renders a lot of her damage useless.

Ahri has been an unpopular champion in the professional scene for a while, but her highly mobile playstyle and even higher variety of skins has made her a perennial solo queue favorite. And if at first you can’t find success with the Nine-Tailed Fox, then keep trying. Remember, at the end of the day, your losses are always your jungler’s fault.