Here’s everything we know about the Fiddlesticks rework

The Harbinger of Doom is in for a new, terrifying makeover. 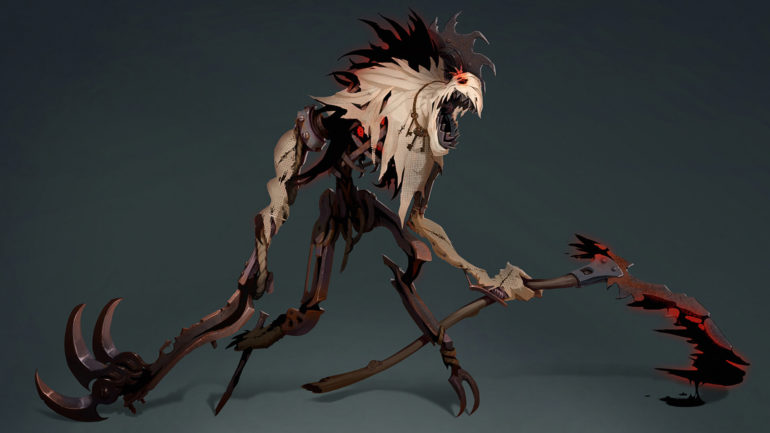 Riot Games hit fans with a new preview of Fiddlesticks’ upcoming VGU today and it may be one of the best League of Legends champion updates we’ve seen in a long time.

The League developer has fully embraced Fiddlesticks’ grotesquely terrifying theme. With one mechanical arm dragging on the ground and a chainsaw blade strapped to its shoulder, the champion resembles something straight out of a horror film. When Fiddlesticks runs around the map or leaps into battle with its Crowstorm, the Harbinger of Doom sprouts two additional shadow arms and crawls toward its prey like a spider.

Related: New Fiddlesticks VGU looks to instill fear and terror into the hearts of its opponents—and teammates

Here’s everything we know so far about the upcoming Fiddlesticks VGU.

More than just a scary scarecrow

Fiddlesticks fans will be happy to know that their favorite champion is getting more than just a new look. To fully dive into Fiddlesticks petrifying past, the League developer is working on a new backstory for the champion—one similar to Fiddlesticks’ previous backstory but more fitting to its updated look.

The champion may resemble a scarecrow, but it’s actually an ancient demon that’s been haunting mankind for ages. Fiddlesticks has no internal organs and is instead composed of a demon living inside of its chest cage. So, in actuality, Fiddlesticks’ real arms aren’t the ones dragging on the ground or hoisting its glowing scythe but the shadowy ones that sprout forth when reaching for their prey.

Although Fiddlesticks has received an entirely new look, the champion’s kit will closely resemble its previous playstyle. It will retain its point-and-click fear and ultimate ability, although there will be new elements added to Crowstorm.

“As far as gameplay goes, we want Fiddle to be the iconic ambush champion, with a kit that’s centered around the concept of fear,” Riot wrote. “This goes deeper than just a point-click status effect, which is staying on the kit. But beyond that, we’re giving Fiddle new mechanics that are built around its iconic Crowstorm.”

Players who take full advantage of Fiddlesticks’ mind games and affinity for ambushing will have the upper hand in a fight. “Experienced Fiddlesticks players will wreak mental havoc on their victims as they question what is real and what is a terrifying effigy,” Riot wrote.

When does Fiddlesticks rework go live?

Riot has yet to provide fans with an official date for when Fiddlesticks’ VGU will arrive on the live servers. Based on time frames provided in previous updates, however, the champion’s rework should go live within the next few months.

We’ll keep this article updated as more information about Fiddlesticks’ VGU comes in.