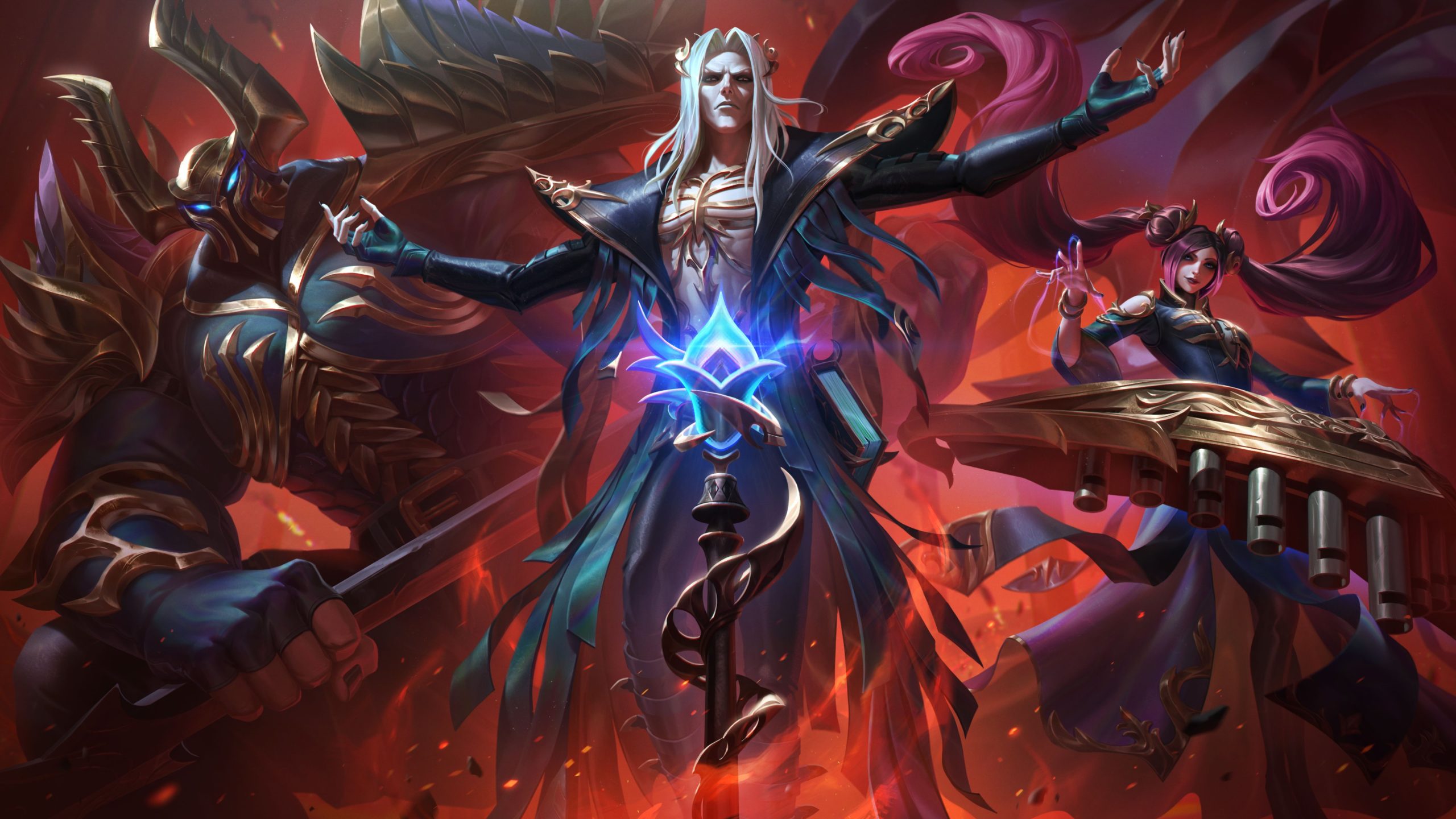 Riot Games confirmed the release of an upcoming album from League of Legends’ resident heavy metal band, Pentakill, earlier this week. And today, the company announced Pentakill’s return to League as the band’s existing skins are all set to receive extensive visual updates.

Pentakill has been a part of the League universe since 2010, with new music being released for the band in 2015. This year, a new synchronized drop of both music and in-game skins should give League fans plenty of content to stir over when it comes to Pentakill. A full-length Pentakill album, titled Lost Chapter, is scheduled to hit streaming services on Sept. 8.

In regard to League, updates are coming to pre-existing Pentakill skins for Yorick, Kayle, Olaf, Mordekaiser, Karthus, and Sona. All of Pentakill’s original members will be receiving in-game updates, considering their original skins were all released in League nearly 11 years ago. Additionally, one of League’s newest champions, Viego, will be joining Pentakill to give the band a modern flair.

Here are all of the latest splash arts for the 2021 release of League’s new Pentakill skins.

Pentakill’s next album, Lost Chapter, is set to release on Sept. 8, while the in-game Pentakill skins for League are planned to release sometime during the game’s next patch cycle later in the month of September. Judging by the fact that League Patch 11.18 will be released on Sept. 9, players should expect to see these skins hit the live servers sometime around that date.