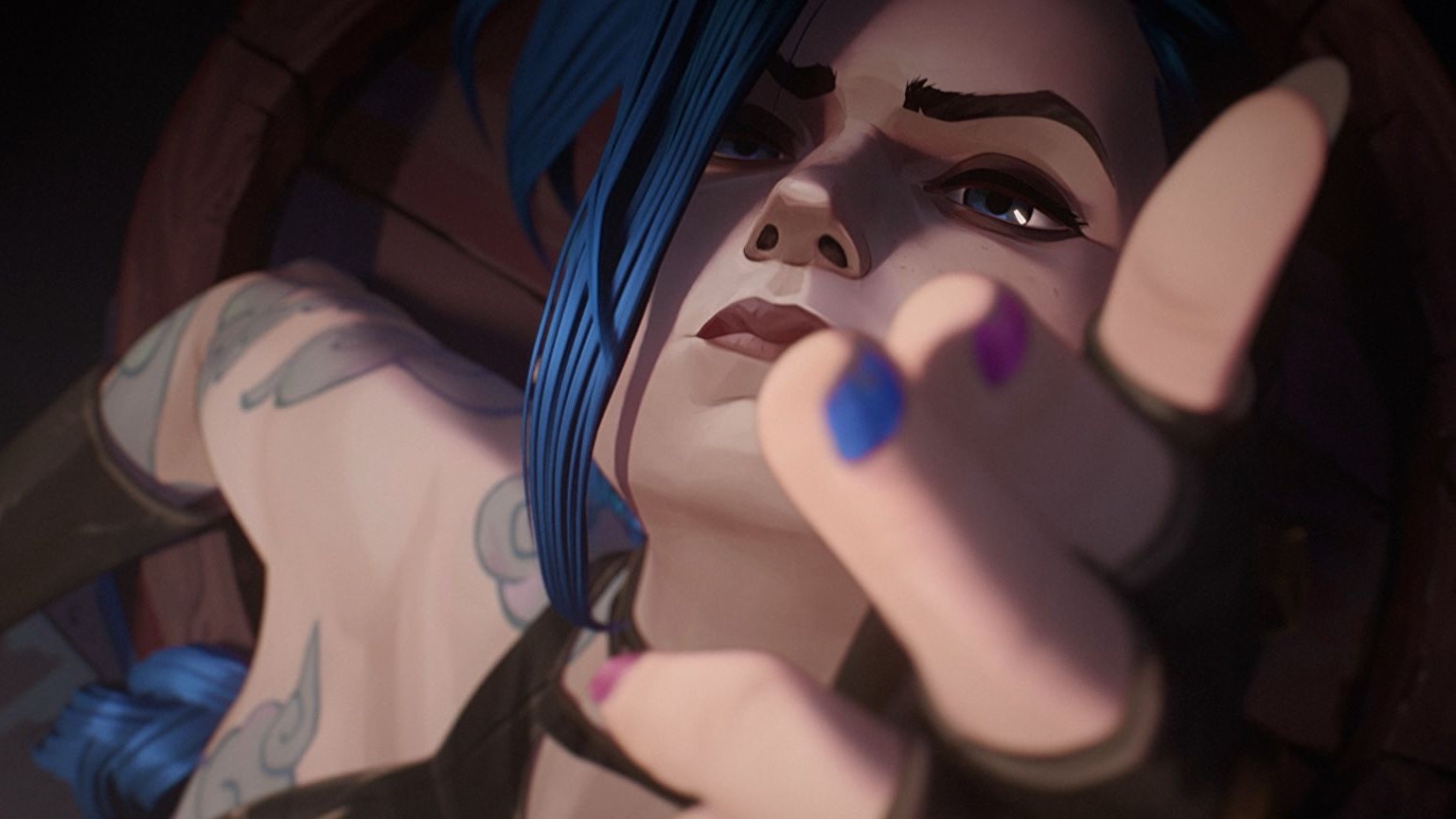 Henry Cavill is not shaped like a nerd. Cavill is shaped like a superhero action movie star, with preposterous muscles and blunt-force handsomeness. His jawline doesn’t cut glass as much as it beats you over the head in a way that yells “I’M GOOD-LOOKING” at you.

But Cavill does not act like a superhero action movie star in real life. Cavill acts like a nerd, and that’s been apparent for a while now. From his deep and abiding love for The Witcher series that landed him the role of Geralt to his talk of PC builds and collecting Warhammer 40,000 minis, it’s pretty clear what Cavill’s general day-to-day is like: be a movie star, and then go home to his girlfriend and be a nerd. And now, he’s doing it with League of Legends and the hit show based on the game, Arcane.

In an interview with Ali Plumb of BBC Radio 1, Cavill had nothing but praise for the Netflix animated series that follows the story of Vi and Jinx navigating the world of Piltover and Zaun.

Apparently, the entire subject was broached after Plumb suggested Cavill should give the animated show a try, a suggestion which was then corroborated by Cavill’s girlfriend. “I went home immediately, and I was like ‘Right, Natalie, I was told by this guy at work that I would watch Arcane,’” Cavill told Plumb. “And she was like, ‘Oh, I’ve heard some pretty good things about it.’”

From there, the rest is a familiar tale for many a streaming show: Cavill and his girlfriend proceeded to binge-watch Arcane, and when she suggested they finally go to sleep, Cavill insisted that he needed to keep watching. Her response? “Yeah, OK, I’m with you, we should definitely keep on watching.” That just sounds like a good partnership.

There’s no indication whether his admiration for the TV series has inspired Cavill to try out League itself yet, but given his obsession with other intricate titles and lore-heavy games, it’s not too far of a stretch to think he might give it a shot. He even says during the same interview that his special subject for the quiz show Mastermind would be 40K.

At any rate, we applaud Cavill’s continual quest to get filmmakers to let him do increasingly nerdier and nerdier things. And who knows? Maybe we’ll see Superman on the Rift one of these days.