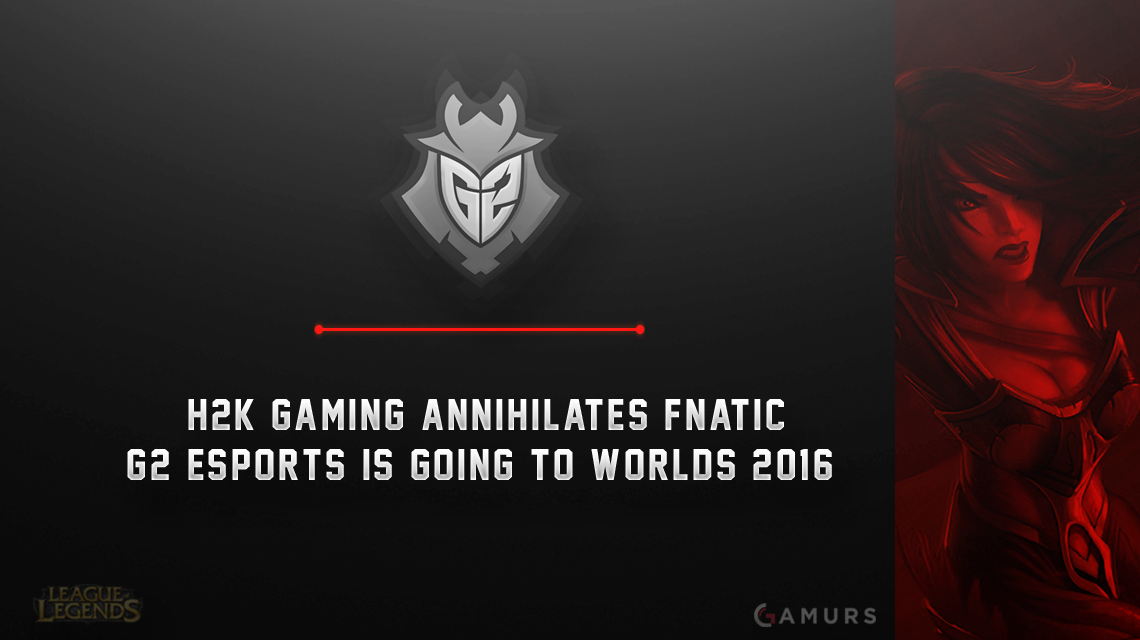 G2 Esports has been guaranteed a slot at the League of Legends World Championships in North America after a stunning upset by H2k-Gaming over former European League Championship Series champions Fnatic to reach the semifinals of the EU LCS Summer Split, leaving the door completely wide open after what has already been a shocking split that will surely go down in European LCS history.

With Origen dropping down to the promo tournament, they forfeited their 70 LCS points, meaning that no matter how the results go, G2 will be one of three teams competing for glory in North America in just a few short months.

That means that H2k joins Unicorns of Love, G2 Esports and Splyce in the semifinals to fight it out for that all important automatic qualifying spot that all those teams will be craving to go into Worlds as Europe’s top-seeded team and be entered into Pot Two.

It comes after H2k-Gaming beat Fnatic 3-0 on the night to pull off one of the biggest victories against a team which many were hoping to see whitewash H2k and move onto the next round, but it was all for nought. Many have questioned Fnatic’s decision to bring in a new top-laner and with the exit of Fnatic’s former coach Louis ‘Deilor’ Sevilla, it all proved too costly for Fnatic in the short term, with such big changes happening in such quick succession.

Fnatic’s jungler Lee ‘Spirit’ Da-yoon looked physically distraught at the end of the game, showing his unhappiness, which can only be accredited to the loss of his top-laner and friend Noh ‘Gamsu’ Young-Jin and it might take Fnatic a miracle to keep Spirit next split after Worlds due to his obvious unhappiness.

Regardless, with Fnatic seeming increasingly unlikely to go to Worlds this year, one of the many few in the history of the game, we must give our hats off to H2k and G2 Esports, who we hope won’t let us down a second time…

Which teams do you think the EU region will be sending to Worlds? Let us know by commenting below or tweeting us @GAMURScom.