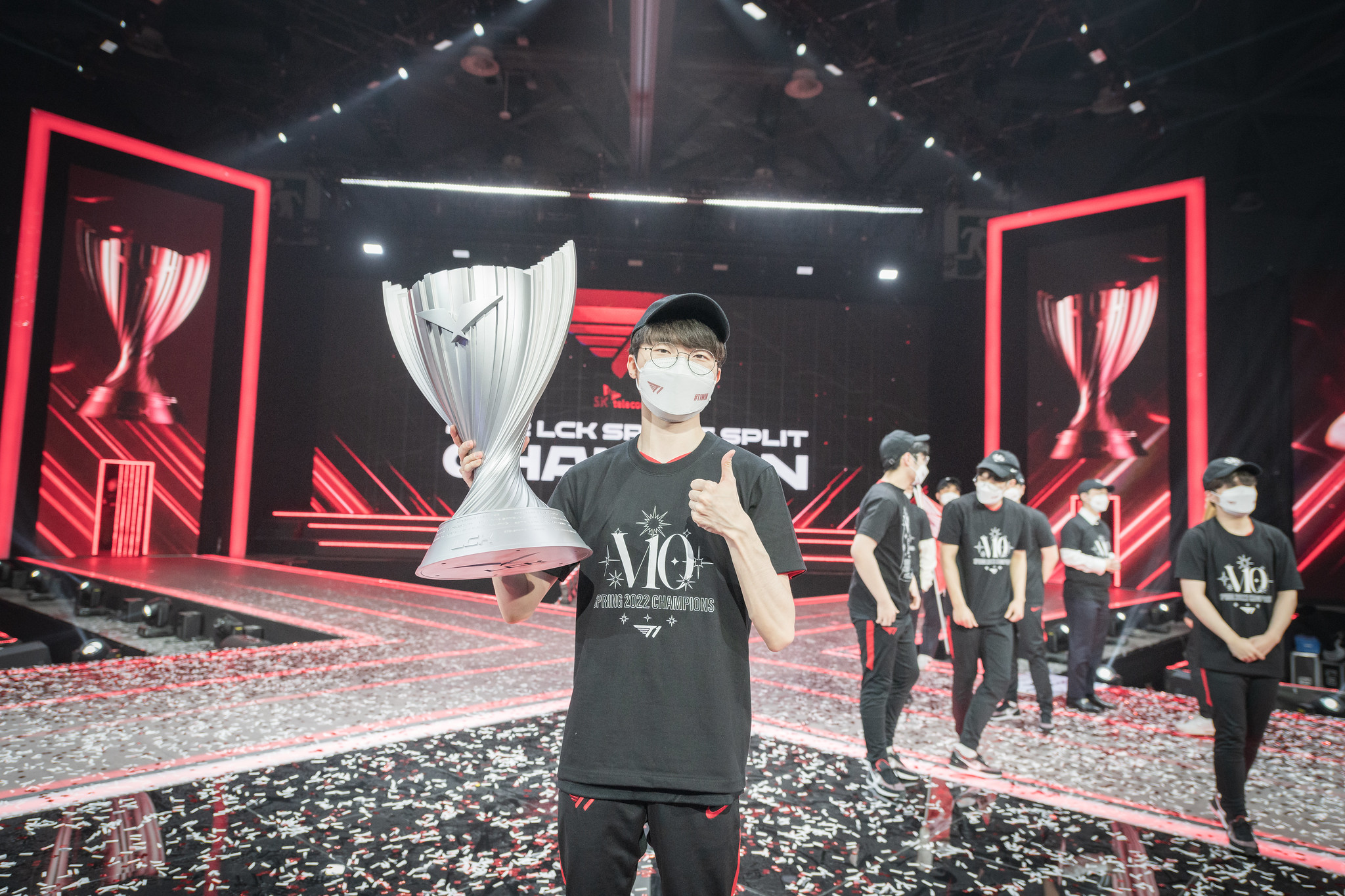 The group stage for MSI has officially been set today following the conclusion of the LCS lower bracket finals. The competition will mark the first international League of Legends event of the year, set to start on May 10 in Busan, South Korea, and place the best teams from around the world against one another.

Teams were chosen via a random pulling by professional League player Meteos and OfflineTV’s Michael Reeves and LilyPichu, placing the teams into three groups depending on when they were pulled.

Group A of the MSI group stage will consist of the LCK’s T1, the VCS’s Saigon Buffalo, the LLA’s Team Aze, and the LJL’s DetonatioN FocusMe. T1 are notable favorites heading into MSI following their historic undefeated run through the regular Spring Split and playoffs. This will also be the return of the VCS to MSI after missing last year’s event due to COVID-19 regulations.

The field of group B is set to feature the LPL’s Royal Never Give Up, the PCS’s PSG Talon, the TCL’s Istanbul Wildcats, and CBLoL’s RED Canids. RNG are the winners of last year’s MSI, where they took over the international stage and brought upward momentum for the LPL for the remainder of the year. PSG Talon surprised fans last year by ending in third place, taking down teams like MAD Lions and Cloud9 to get to the top.

The final group, group C, will consist of only three teams. Here, the LEC’s G2 Esports, the winner of the LCS Mid-Season Showdown, and the LCO’s ORDER will compete against one another to decide who advances out of the group stage. This group will allow the rivalry between North America and Europe to evolve, while possibly even allowing the LCO to once again reign supreme over the LCS. The representative for the LCS will be finalized tomorrow after the playoffs final match between 100 Thieves and Evil Geniuses.

Fans can look forward to the start of MSI 2022 on May 10 in Busan, South Korea, marking the beginning of the group stage. The finals will take place on May 29.