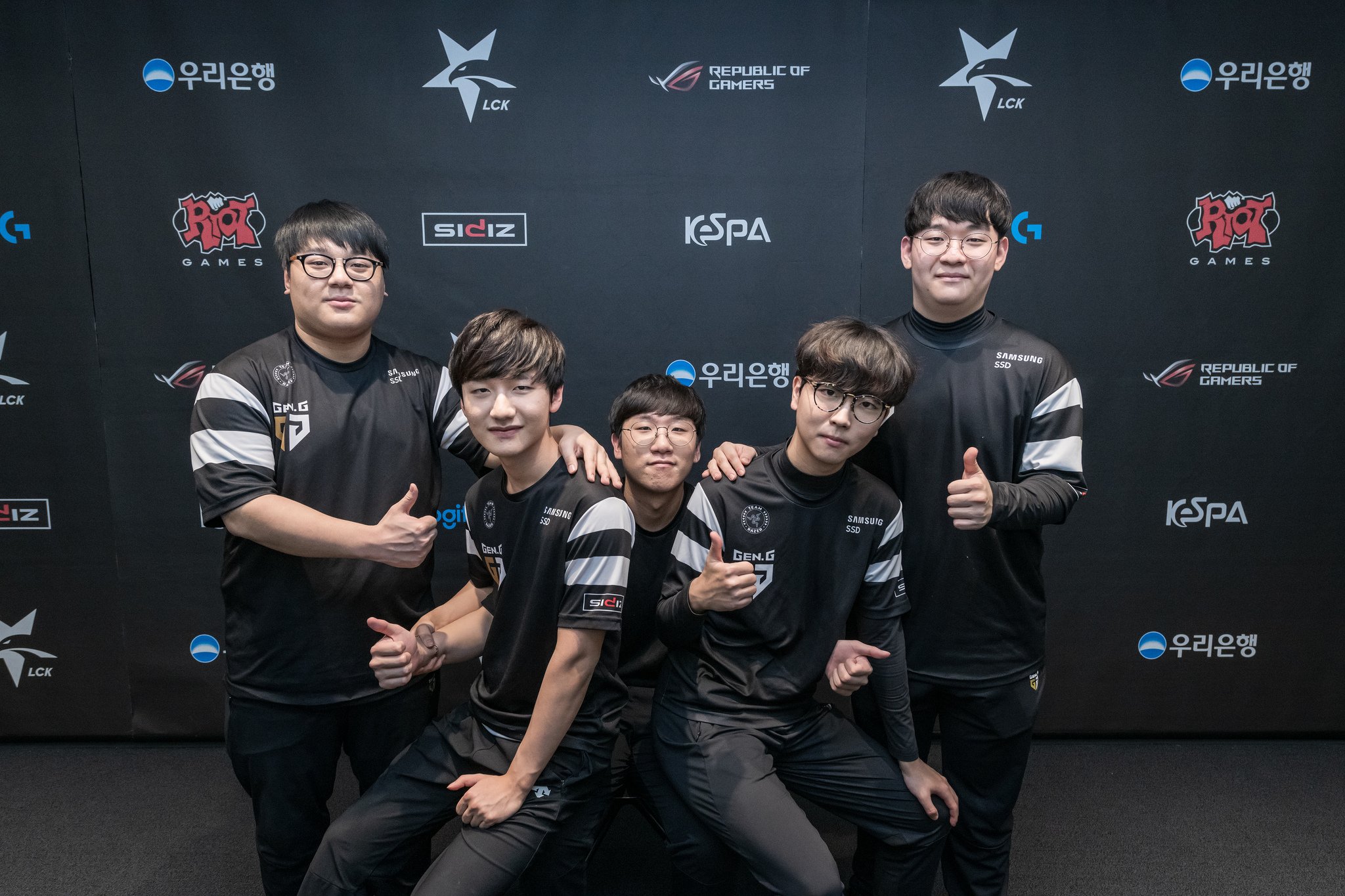 In a surprising victory, Gen.G toppled LCK giants Griffin today. After Griffin came close to bleeding last week against SK Telecom T1, Gen.G stepped up to the plate with unconventional but powerful drafting to clean sweep the undefeated ladder leaders.

With Griffin giving over Neeko and Vayne to top laner Lee “CuVee” Seong-jin and bot laner Park “Ruler” Jae-hyuk respectively, the ninth-placed team were able to run over the unstoppable young guns purely by outscaling the Griffin team comps.

Ruler has been struggling in 2019 but stepped up big time with two excellent performances on Vayne back-to-back to get the MVP for both games. A huge quadra kill in game one put Gen.G on match point against Griffin, and then a dominant choke-out in game two put an end to Griffin’s perfect season.

Gen.G have a history of upsetting Griffin, with the team gatekeeping Griffin from Worlds last year in the LCK gauntlet qualifier. League fans from around the globe are shocked at the result, with many expecting Griffin to not fall against the Gen.G squad who were struggling all spring.

While Gen.G can no longer make playoffs, they can still avoid relegation by getting over KT and Afreeca in the coming weeks. Their next game is against Kingzone on March 17.