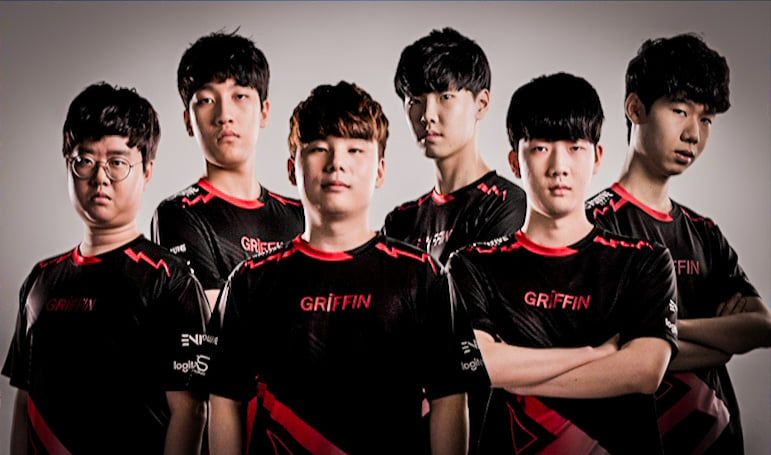 In a statement, Still8 CEO Seo Kyung-jong apologized to both the Griffin fan base and cvMax, acknowledging the coach’s significant contribution to the team. Manager Cho Gyu-nam allegedly told cvMax that he was in no way responsible for Griffin’s success and that Griffin could have won the LCK this year with any other coach.

But Cho Gyu-nam’s superior directly contradicted his statements, placing him in the firing line again after cvMax spent the intermediary period from his dismissal, until today, discussing issues with the team and management.

The core part of cvMax’s allegations was that Cho Gyu-nam meddled in player affairs and contracts, especially in the case of former Griffin player Seo “Kanavi” Jin-hyeok. Kanavi was loaned to LPL team JD Gaming and received a five-year contract offer. The 18-year-old turned down the offer, despite Cho Gyu-nam allegedly pressuring Kanavi into taking the contract by convincing him that he was somehow tampering and in the wrong. Riot and KeSPA have taken note of these allegations and are now investigating the situation.

All of this is happening during Griffin’s first run at Worlds, a tournament that cvMax had been training the team to compete at for three years. This has surely impacted Griffin’s performance at the tournament. But the team is still 2-1 after the first round of the group stage. And their only loss came against one of the tournament favorites, G2 Esports.

Choi “Sword” Sung-won, Griffin’s original top laner, was replaced in the starting lineup by Choi “Doran” Hyeon-joon in July. CvMax wanted to give the new young top laner a chance to gain experience because he believed that Doran could play at a higher level than Sword.

Doran played the rest of the LCK season, including their 3-1 finals loss to SKT. But when Worlds started, Sword was the one loading onto the Rift for Griffin in the top lane. Sword’s first match at Worlds marked over three months since his last competitive game. CvMax attributes Sword’s sudden appearance to his relationship with Cho Gyu-nam, whom Sword complained to after cvMax benched him.

Upon revealing to the team that he was fired, cvMax was reportedly asked by Sword “are you sure you weren’t in the wrong? I’m sure Cho had his reasons.” He was also told by Sword on his last day that “you’re not behaving like an adult. You should grow up.” Sword said in an interview that “cvMax is spreading lies” and he wishes that cvMax would distance himself from the team.

Now with Cho Gyu-nam gone, Doran might return to Griffin’s starting roster since there’s no pressure from management for new coach Byun “Chaos” Young-sub to start Sword. But it’s much more likely that Sword will stay in the lineup to preserve the synergy that Griffin are building at Worlds.

Still8’s CEO announced that an investigation will only occur once Griffin’s Worlds campaign concludes. He hopes that fans won’t harass the players until they return home to Korea to give them the best chance at winning a world championship.