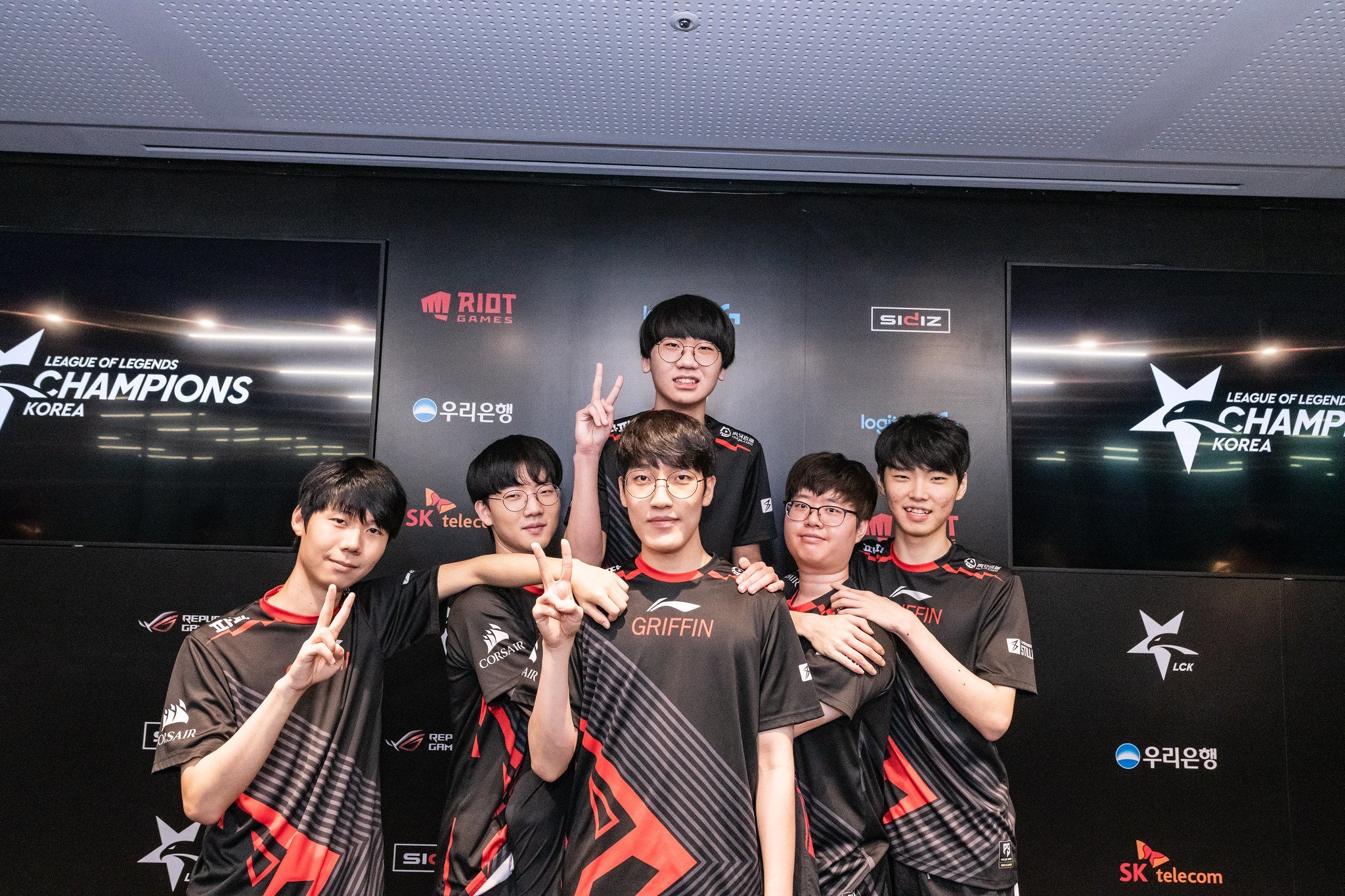 Griffin are jumping into the LCK Summer Split 2019 playoffs with momentum, taking a dominant 2-0 sweep against Hanwha Life Esports on the final day of the regular season. Griffin have now locked away a spot at Worlds, and have their eyes set on winning their first LCK title.

Hanwha Life looked unsettled compared to their recent series of dominance against the likes of SK Telecom T1 and Damwon Gaming, and Griffin took full advantage of that. With Choi “Doran” Hyeon-joon settling in as the starting top laner for Griffin, he showed his stripes in game one with a flawless Mordekaiser performance.

While Griffin achieved the perfect game across the map, Doran was able to zone out multiple members of Hanwha Life with his Death Realm and split entire teamfights. The game ended rather abruptly as Griffin found a pick onto Kim “bonO” Gi-beom’s Sejuani, allowing Griffin to grab the Baron and waltz into Hanwha Life’s base with their manipulated waves.

Doran was put onto the weak side of the map for game two, but all that meant was it was Jeong “Chovy” Ji-hoon’s time to shine. On Irelia, Chovy dominated Kang “Tempt” Myung-gu in the mid lane, never giving the LeBlanc a chance to trade.

BonO tried his best to snowball his lanes on Jarvan IV while sacrificing his own jungle, but Son “Lehends” Si-woo’s Volibear was always one step ahead. Lehends was crashing every gank opportunity bonO was trying to set up and always eluded death.

Hanwha Life clawed back some of their losses during the mid game with some picks, but Chovy and Park “Viper” Do-hyeon kept finding ways to keep Griffin on top in trades. After Hanwha Life found two picks before the third Infernal Drake, Chovy landed a five-man Vanguard’s Edge to soften up Hanwha Life, before Chovy cleaved through Hanwha’s backline to help secure the fight win and the Drake.

Chovy and Viper kept up the tempo, forcing fights when their cooldowns were up, and Hanwha Life broke. Griffin secured the Baron after picking off bonO again, before a pick onto Kim “SoHwan” Jun-yeong’s Aatrox allowed Griffin to open up the gates and end the game.

Griffin has now qualified for at least second seed at Worlds for Korea based on Championship Points, but have a chance to secure first seed in the LCK Summer 2019 final. However, for Hanwha Life, they’ll be sent to the Promotion Tournament for Spring 2020, as their late-season resurgence wasn’t enough to escape relegation.

The LCK Summer 2019 playoffs starts on Aug. 21 with the match between SK Telecom T1 and Afreeca Freecs.