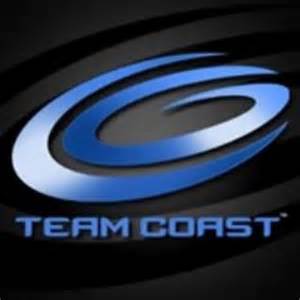 Cris stands as the glaring weakness on an otherwise fairly solid Team Coast roster. The members of our rankings panel all considered Cris the weakest top laner in this LCS split. His consistently poor play for Curse Academy made it particularly baffling when Team Coast picked him up to replace Rhux. However, what separates Cris from the pack is his ability to succeed on certain niche picks. His Elise, Riven, Jayce, and Shyvana were all must-bans at various points in his career. If he can discover other champions like that, his ability to draw bans may become a powerful tool in Team Coast’s arsenal.

European import Impaler is a very interesting player. Once regarded as a Vi one-trick-pony, his brief appearance on Alex Ich’s Challenger team and his strong performance in the Challenger series playoffs has led to a drastic turnaround in community perception. His champion pool has expanded, but it will never be one of his biggest strengths. Rather, his strong shotcalling and semi-carry style will play a big part in Team Coast’s victories.

The much-reviled Jesiz will see much better times when playing in North America. While every team in Europe is very mid-centric, the North American region only has a few teams which place such a heavy emphasis on the mid lane. This means that Jesiz’s wave-clear oriented & supportive style may be a better fit than it was in Europe.

Coast’s bot lane duo of DontMashMe and Sheep looks to be one of the stronger bot lanes in the North American LCS. The two players both were able to show their potential in the LCS. DontMashMe’s strong play for Good Game University played a big part in their Cinderella run in the first split of the LCS and Sheep’s playmaking was one of the lone bright spots on an otherwise comatose XDG roster. Many of Coast’s strategies revolve around snowballing the bottom lane and protecting DontMashMe.

After the infamous decision to sub out Rhux and Goldenglue for two unknown Korean imports, Team Coast spectacularly bombed out 3-0 against Evil Geniuses (now Winterfox.) This admittedly poor decision has led to serious community criticism of Team Coast, criticism that has often extended to their roster and coaching decisions. (Former mid laner LOD once joked that the community would complain if Coast brought in Faker mid and kkoma as coach.) The departure of talented jungler Santorin to TSM seemed like a death blow, but the team was able to replace him with the much better proven Impaler.

The team would fall behind 2-0 vs. Team Fusion in the promotion series after a disappointing loss to Curse Academy, but spectacular play, particularly from Impaler and the team’s bottom lane, would grant Coast the 3-2 turnaround.

Biggest headline: Revenge of the forgotten

Every single one of Team Coast’s players have already qualified for the LCS, and every one of them left their teams on bad terms. Velocity’s sale to Evil Geniuses meant that Cris wasn’t able to defend his LCS spot, and he left the league with the worst record in LCS history. Likewise, Impaler and Jesiz were benched from two teams that once looked like top European squads. SHC’s implosion in the play-offs and SK’s similarly disappointing results at worlds meant both players left their teams as the fall guy. In spite of DontMashMe’s strong performance in the first LCS split, his second split led to multiple clashes with teammates and the worst KDA of any AD Carry in history. Likewise, Sheep was never given a fair chance to perform in the LCS – his playmaking was wasted on a very weak XDG squad.

These players now have a chance to reshape their legacies and demonstrate the potential that they have all once shown. In particular, DontMashMe has shown incredible skills in clutch situations – his play-offs games on Team Coast and his multiple hard-carries during promotions/expansion tournaments means that Team Coast may surprise many of their opponents.

In spite of their future potential, the Team Coast of the present is in rather dire straits. Cris’s consistent struggles and Jesiz’s lack of carry potential means that they have the worst solo-lane combination in the entire LCS. Their games in the Challenger scene have consistently shown that they are a very one-dimensional team. Every single game, their team composition is essentially the same, and all hopes of victory lie in their star bot lane.

Cris will play a tanky/supportive top laner, Impaler will play an engaging jungler, Jesiz will play a waveclear mid, and they will play scaling kill lanes bottom lane to try to snowball to victory. This strategy was fairly successful against Challenger teams, but the stronger bot lanes in the LCS will give Mash and Sheep a much harder time. Many amateur teams often struggle with a lack of identity when they enter the LCS. Team Coast suffers from the opposite problem – they are completely confident in their identity, but lack the mechanical force to execute their strategies at an LCS level.

The vast majority of the panel actually ranked Coast as the weakest team in the LCS. Indeed, Team 8 and Team Coast finished with a score difference of 0.06, so close that it was basically a tie.

But whereas Team8’s player rankings were generally skewed, Team Coast’s players are much better balanced. The general consensus seems to be that Impaler will perform very well  after moving to North America and that Cris stands as the weakest member of Coast’s roster. The rest of Team Coast finished as average or slightly above average players.

Go here for a Quick Breakdown of the New LCS Format

These players aren’t the best, but it’s hard to argue that they haven’t earned their spot in the LCS. We’ll see if they can make anything of this opportunity.