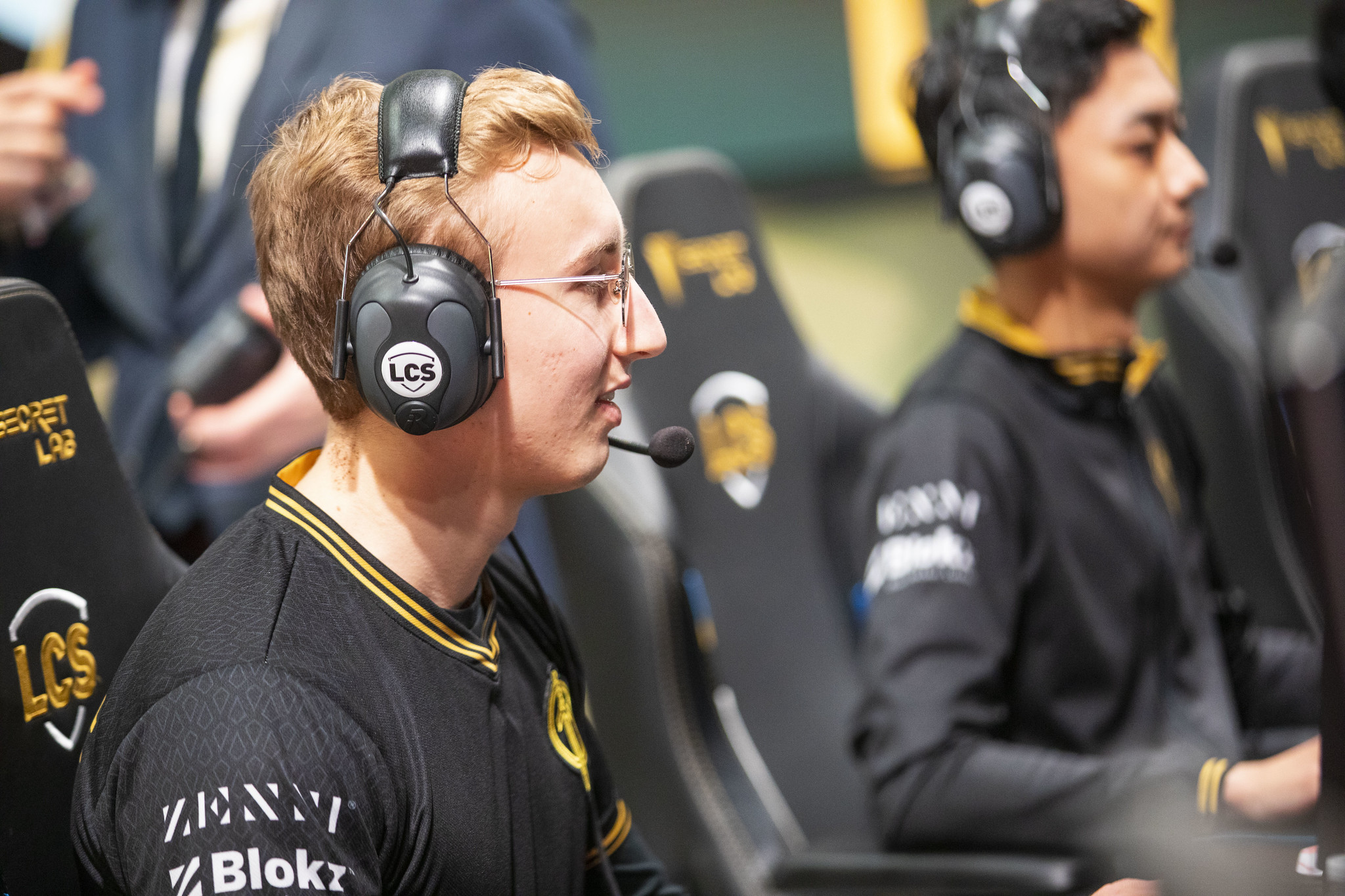 Golden Guardians kicked off their 2020 League of Legends season fresh: new mid laner, new jungle, new support and even a new logo with matching jerseys to top it off.

Despite all the changes, however, the team is tied for eighth place with a 0-2 record after week one. But this isn’t necessarily bad for the team’s newest mid laner, Greyson Gregory “Goldenglue” Gilmer.

“I’d rather lose now and improve and be ready for playoffs than win games now and lose in playoffs, ” Goldenglue told Dot Esports after his loss against Cloud9 on Sunday. He added that one of the issues plaguing Golden Guardians coming into week one was their lack of identity.

“We need to possibly just [keep] finding our identity and finding out what we want to practice instead of just trying a bunch of different strategies,” Goldenglue said. “I think we need to narrow it down and find our identity.”

He described the team’s current identity as one with an “aggressive early game” that needs to improve on snowballing early leads into the mid and late game.

Against Cloud9, Golden Guardians had early priority in bot lane and secured first blood in top lane. The first 10 minutes were in Golden Guardians’ favor, but as the teams transitioned to mid-game, it was as Goldenglue described. They struggled to press their lead any further than the early game. C9 were able to find the picks and set up the plays while Golden Guardians appeared lost, unclear of what to do next.

In their match against 100 Thieves, Golden Guardians took two early dragons, which turned into four while their opponents claimed none. Still, they weren’t necessarily ahead. The gold was even 30 minutes into the game. As the game extended, Golden Guardians had difficulties engaging onto their opponents, who stalled the game long enough to find the perfect opportunity to take control while the Guardians were on Elder Dragon. Any early Dragons, kills, and towers failed to make a difference as 100 Thieves stole the Elder, then Baron, and finally, Golden Guardians’ base.

Goldenglue knows that a 0-2 start isn’t ideal, but that isn’t going to deter him or his teammates from improving.

“This slow start is going to keep us very disciplined. We need to work harder and do better,” Goldenglue said.

The season has just begun and Golden Guardians have plenty of time to find their footing and improve. Hopefully for Golden Guardians, they’re able to find what clicks as the weeks progress.