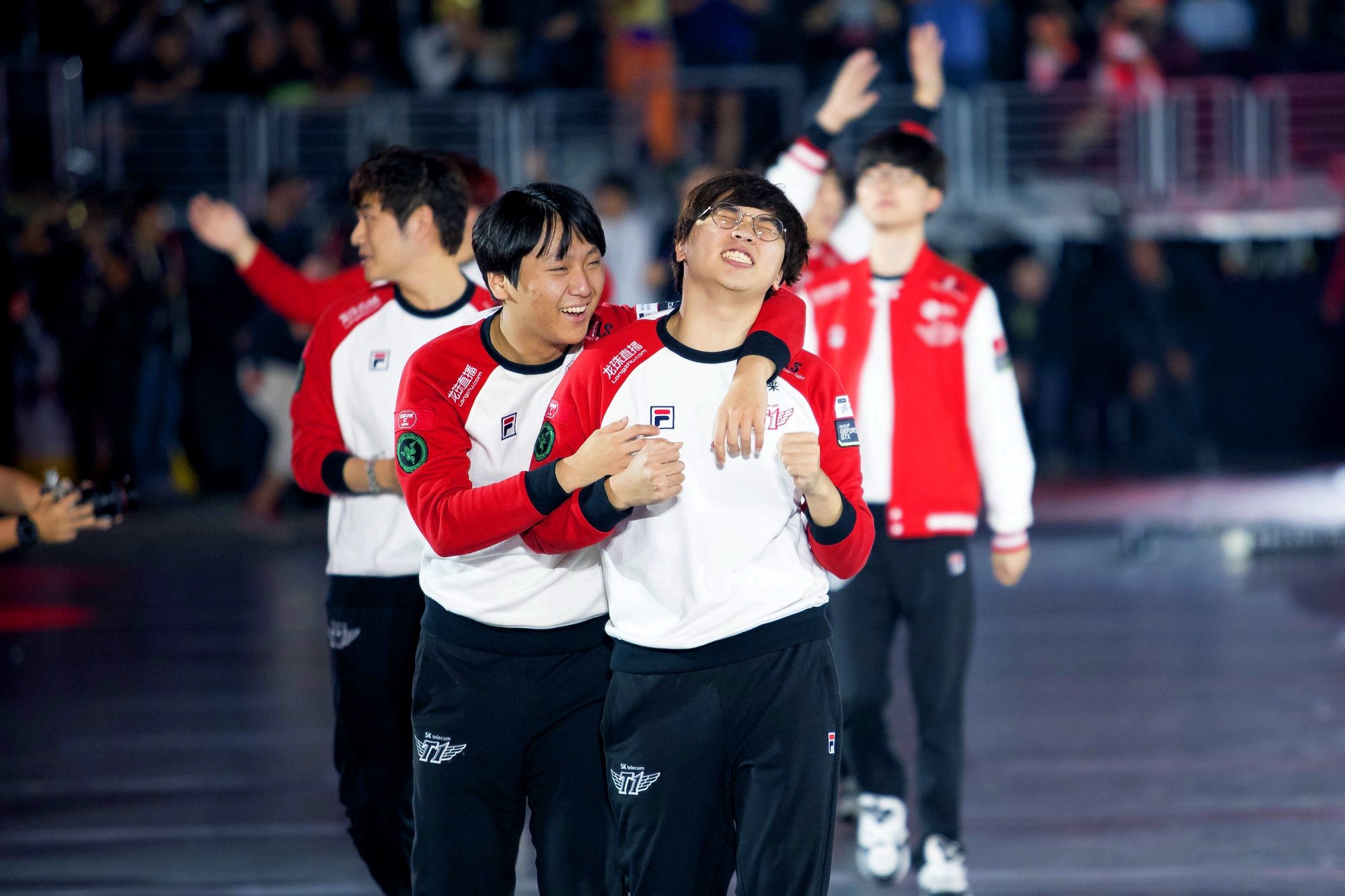 It’s hard to avoid superlatives when writing about Bae “Bengi” Seong-woong. God’s Right Hand. One of the most clutch players in esports. A Lee Sin god, and along with Lee “Faker” Sang-hyeok (aka God himself), the most successful players in the history of competitive League of Legends.

No matter what happened, it seemed those two would be together forever, leading the charge for SKT. That made yesterday’s announcement that Bengi, along with top lane star Lee “Duke” Ho-seong and coach surprising:

This is the biggest change that SKT will face since signing Bengi and Faker years ago. And it’s an end to the only major professional team Bengi has called home.

It hasn’t always been easy

To some fans, it feels like SKT have ruled the world forever. Three World Championships in the last four years will do that. But we only have to look back a few years to remember how this team was made.

A lot of people figured thatFaker would be a good pro gamer. He was highly ranked on Korea’s solo queue and did this in his first professional game. But notice the name right above Faker’s in that clip. It’s Bengi, playing the supportive jungler, giving away blue buffs and helping Faker rise to the throne.

It’s not easy, always existing in the shadow of the player who sits right next to you. Many teams have been torn apart by players seeking the limelight. Instead, Bengi and Faker built something special together. And despite how easy SKT make it look at times, they’ve fought through adversity for all of their accomplishments.

SKT’s success has a theme: They will not be denied. No experience in Bengi and Faker’s first year? World Champions. Lost at MSI? Won Worlds again. Bengi replaced by Kang “Blank” Sun-gu for months? A third Worlds title.

At the end of the day, Bengi is a winner.

Proving it one more time

But that doesn’t mean Bengi hasn’t had to prove his worth over and over again. SKT survived the Korean exodus by constantly scouting new talent. This year at IEM Katowice, a Bengi replacement finally stuck: Blank.

Blank started for the entirety of the summer split. Even while SKT lost to KT Rollster in the LCK Summer Playoffs, losing because of Blank’s questionable decision making, Bengi stayed on the bench.

That might have broken many players. Fans speculated on Reddit that Bengi might retire. Then whispers began to come out on who SKT was starting in pre-World scrims. When Worlds rolled around, there he was again, his name right above Faker’s on the screen.

It didn’t matter who they were playing (ROX Tigers, heralded as the best team in the world). It didn’t matter what team composition they faced or what champion Bengi played (first-time Nidalee). All that mattered was that Bengi was with Faker once again.

And once again, they won.

Rumors of Bengi’s retirement have surfaced for quite some time now. SKT was smart to invest in a younger jungler. But Blank’s failings also showed why SKT missed Bengi so much.

In short, Bengi knew where to be. Faker and Bae “Bang” Jun-sik and the other carries could count on where their veteran jungler would be. Faker and Bengi in particular did so much for each other. Faker pressured mid, giving Bengi access to all corners of the map. And when Faker needed him, Bengi was almost always there.

That’s why losing Bengi hurts more than losing Duke. Duke is a rare LCK MVP of both the regular season (Spring 2015, earned with NaJin e-mFire) and the playoffs (Spring 2016, with SKT). He was a strong mechanical player and a lane bully that gave SKT lots of options for how to play the game. He’s a star, and he’ll certainly field strong offers to play in 2017.

But SKT have survived, even thrived, with lesser top laners and have seen plenty of change at that position. And for all his mechanical weaknesses, Bengi’s map awareness is going to be hard to replace. How can you value a player’s ability to appear out of nowhere just when his team needs him?

That’s why the SKT Peanut rumors make so much sense. Yoon “Peanut” Wang-ho is one of the best at mind-gaming the opposing jungler, controlling his counterpart without really doing anything.

But what’s next for Bengi?

If Bengi does retire, he will have left one of the most inspiring legacies in esports. He’s already overcome tremendous obstacles to stand on the World Championship stage three times. Whatever he decides, he will be revered by millions of SKT and League fans.

Bengi’s played with tremendous courage these last four seasons. Courage to accept standing in Faker’s shadow. Courage to step back from the starting lineup. Courage to to step in, in an elimination game, in the middle of Madison Square Garden, on a champion he’s never played professionally. Courage to win once, take on the pressure, and keep on winning.

Bengi is exiting the only professional home he’s known, possibly the profession altogether, to to a brave new world. But for a guy this courageous, that shouldn’t be a problem at all.