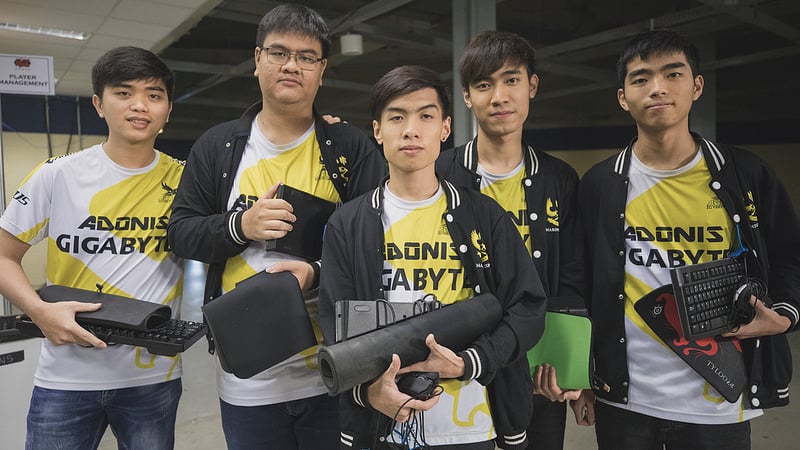 The GIGABYTE Marines keep their MSI dreams alive with an impressive win against G2 Esports.

The Marines played out the early game uncharacteristically slow. GAM’s jungler Đỗ “Levi” Duy Khánh did not attempt any of his patented early ganks, which allowed both teams to steadily farm up. GAM soon got restless though, and decided to create action by taking the infernal drake. While GAM secured the drake, G2 found two kills in return.

From this point onward, GAM seemed to remember their original chaotic playstyle, and the game became an assortment of team fights. And although they didn’t outright ace G2, GAM were slightly winning these fights.

These little wins soon added up, and GAM found themselves with complete control of the map. With this control GAM were able to sneak the Baron with none the wiser. Now empowered by the buff, GAM rushed into G2’s base. Able to win the next teamfight handily, GAM took G2’s middle inhibitor.

G2 looked to make a comeback in this game with a teamfight win of their own. But a greedy overstay to take an inhibitor caused G2’s demise. GAM respawned quickly enough to take down the fleeing members of G2, and with no one in their way GAM could finally end the game.

Now 3-5 in match score, GAM will need to win their games against Team WE and Flash Wolves if they want to reach the knockout stage.