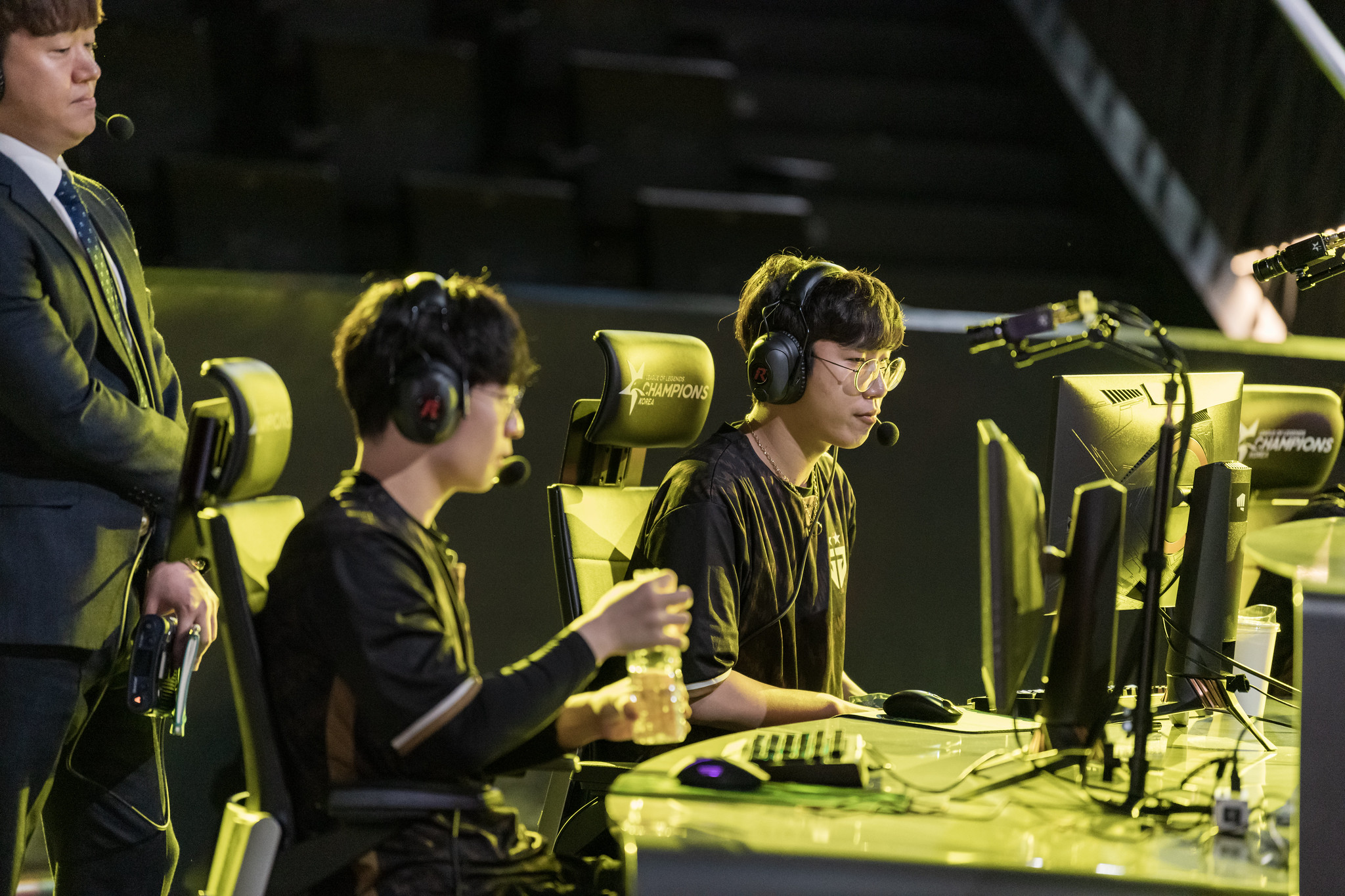 Gen.G defended their position as the leader in Korea’s LCK Spring Split standings today after their game against T1.

After a teamfight that wiped most Gen.G players, T1 were on their way to destroy the Nexus towers and finish the game. But Ruler had other plans for T1. He put his carry pants on with Aphelios and denied T1’s chance of finishing the game. His swift movements and orb-walking led to a quadra kill with a bit of help from Zilean.

T1 managed to kill Ruler’s teammate on Ornn and were on their way to finish the second Nexus tower. They even managed to pick up a kill on Ruler, so it seemed like there was no way for Gen.G to come back. But a swift ultimate by Bdd on Ruler brought him back to life.

Ruler started charging toward T1 and hit a great ultimate, allowing him to deal a lot of splash damage and finish the low health players of T1. One by one, T1 fell to Ruler and he picked up a quadra kill after this exchange.

With the huge death timers in the late game, Ruler and his teammates pushed the mid lane to finish the game while the overextending T1 players watched their base get destroyed from the gray screen.

Gen.G have only lost one game so far this season and it was against T1. That loss seemingly made them stronger, though, and they’re looking to destroy T1 this time. This play is a good start to the series and will most likely turn the tides in Gen.G’s favor.