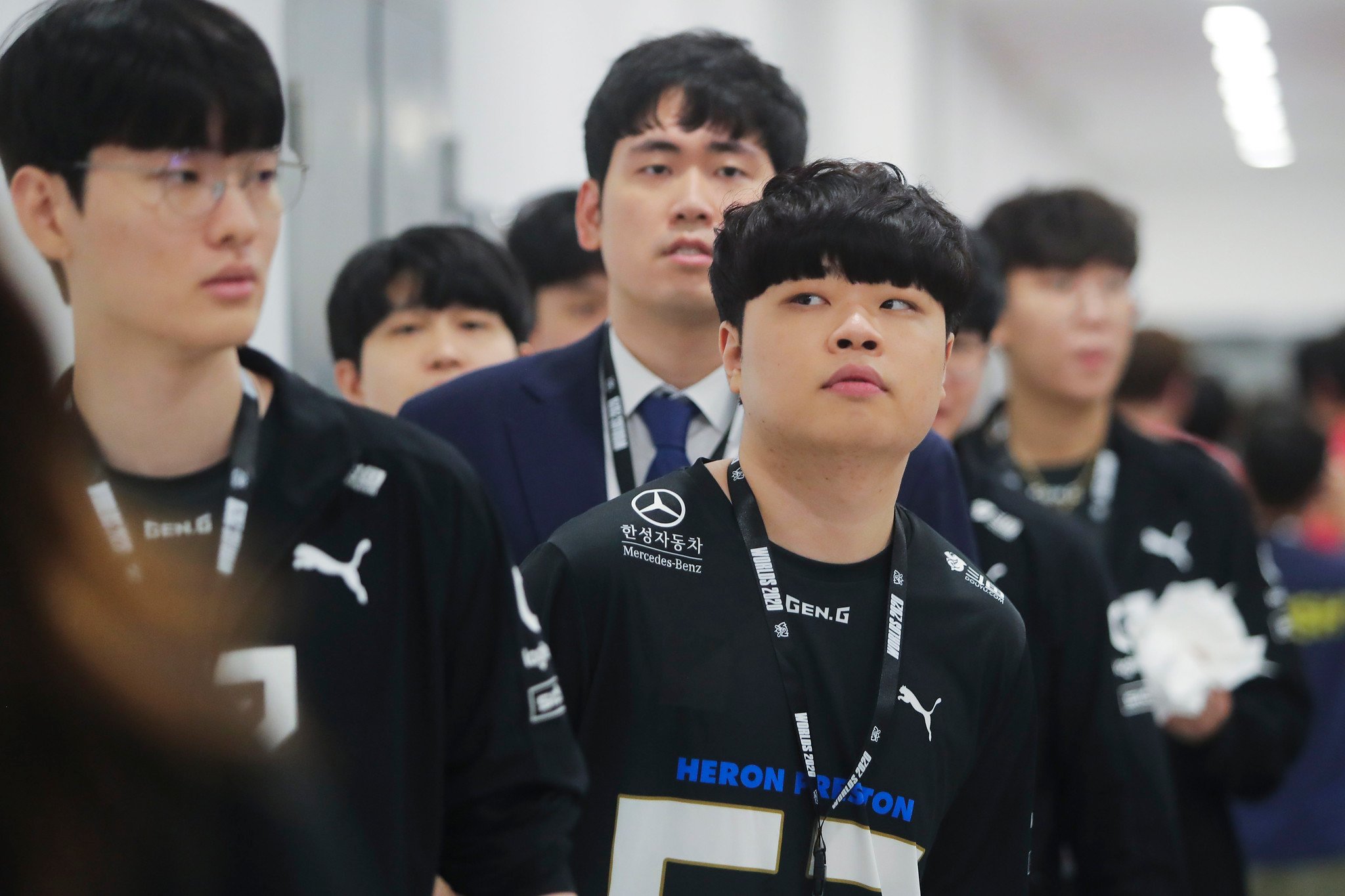 Day two of the 2020 World Championship is almost done, but another exciting set of games has the League of Legends community buzzing once again. Fans of the LCK were delighted to watch as Gen.G dominated North America’s TSM to stay on top of Group C.

Gen.G were coming off of a well-fought game against China’s LGD Gaming, while TSM looked to bounce back from a disappointing loss to Europe’s Fnatic. Momentum was in Gen.G’s favor, and they didn’t hesitate when any opportunities came their way.

TSM grabbed Bjergsen his classic Zilean pick but continued to put Doublelift on Senna duty through the second day of groups. Unfortunately for NA fans, they were completely outclassed by Gen.G, from macro play to individual players in certain roles.

Throughout the match, Gen.G stayed ahead of TSM in gold and experience—even though TSM led in kills, the Korean third seed found ways to stay ahead through great map movement and objective control. Gen.G captured every neutral objective, and only lost two towers in 27 minutes of play.

Gen.G’s star veteran AD carry Ruler had a field day on Ezreal, leading his team with four kills and three assists. Overall, however, Gen.G’s teamplay is what set them apart from TSM. They were more coordinated, had better decision-making, and were more decisive in key moments of the match.

With this loss, North America’s representatives have yet to find a win at the Worlds 2020 group stage. On the other side of the Summoner’s Rift, all of Korea’s representatives are still undefeated. Could the LCK finally be returning to its throne as the dominant region of League?

Meanwhile, many LCS fans might be losing hope for their chances at the knockout stage, but there are still many more days to come. Anything can happen, but NA must start to pull together before its too late.