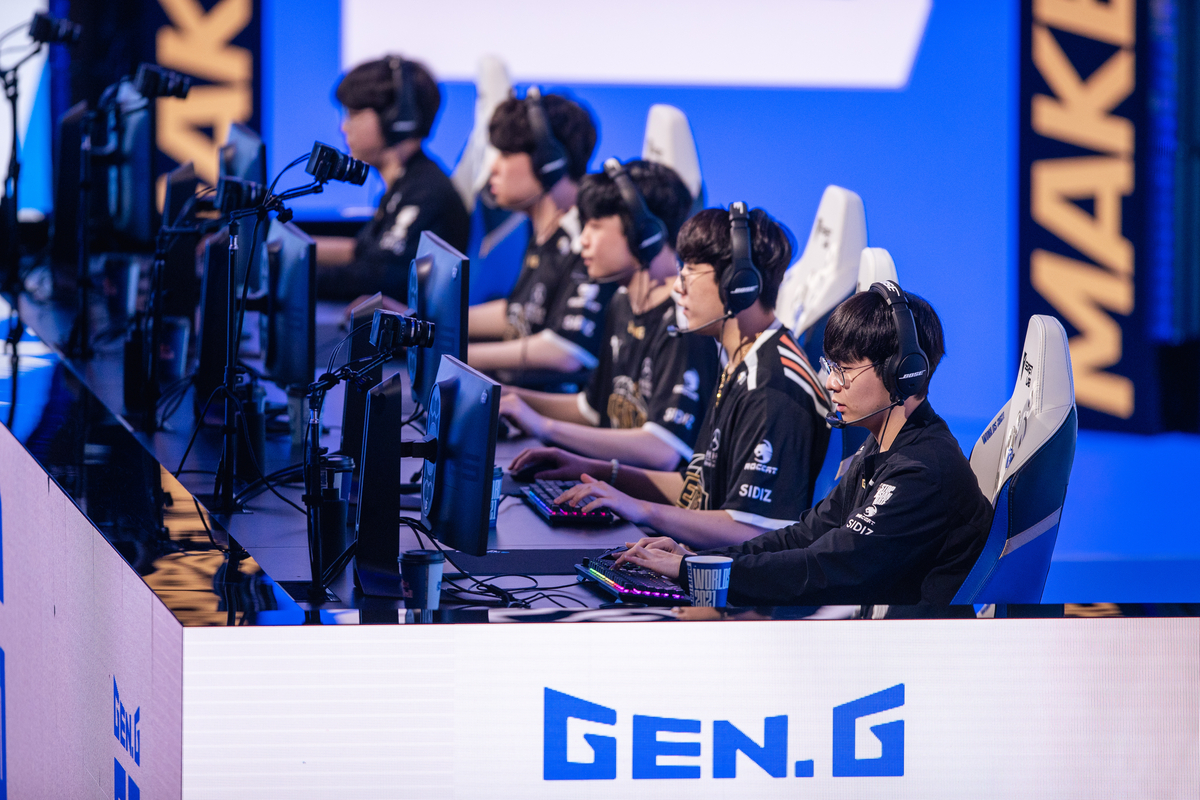 Both Gen.G and MAD got to this match after each winning an earlier tiebreaker against Team Liquid and LNG Esports, respectively. The winner here secured an important first seed, allowing them to avoid a tougher matchup in the tournament’s quarterfinals.

The dastardly duo of Clid on Olaf and Life on Yuumi were the main frontrunners in Gen.G’s suffocating early game, terrorizing the map at every turn from shadowing Rascal in the top lane to a gank in the mid lane onto Humanoid and a response in the bottom lane. All MAD could do was slow down the rest of the team and gain small advantages where they could.

Fortunately for MAD, their slowing down of Gen.G worked, coupled with the Korean representatives’ lack of wanting to push the envelope. This allowed MAD to slowly encroach upon the gold lead that Gen.G had built early. Once the gold lead began to shrink, MAD saw their moment and took the fight to Gen.G, winning several teamfights around objectives.

But in the end, it was all decided by a final fight at the 47-minute mark in which Gen.G narrowly swept the floor, got Elder, and finished the game.