Gen.G extend their win streak by taking down Kingzone in the 2019 LCK Summer Split

The top seven teams in the LCK are now separated by only two wins. 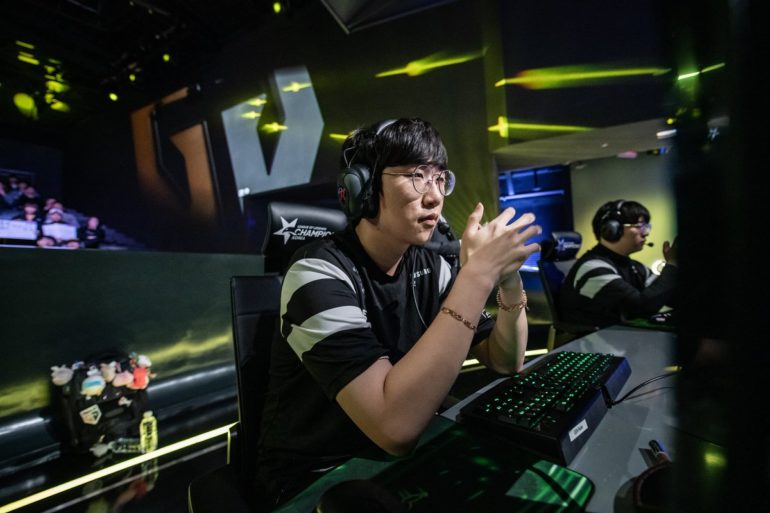 Gen.G have continued their climb to the top of LCK by taking down Kingzone DragonX 2-1 today. In what was one of the best series of the season so far, both teams fought tooth-and-nail to secure a better spot in the standings.

Game one ended just as fast as it started. A bold invade by Gen.G led to their demise. Kingzone took two kills, burned Park “Ruler” Jae-hyuk’s summoner spells, and proceeded to turn up the pressure in the bot lane. Ruler died three times in the early game, stunting Gen.G to the point of no return.

Alongside a couple of early Infernal Drakes, Kingzone were starting to knock down Gen.G’s inhibitors at 15 minutes. Kingzone could dictate every little element of the game, slowing down the pace for Baron to come up, before ending it at 27 minutes.

But the tables were turned in game two. Gen.G rocked out to an early lead, once again revolving around early objective control. Song “Fly” Yong-jun’s Veigar was a commanding presence for Gen.G, picking up two kills in an early fight around the second dragon.

Kingzone were hapless to stop the menacing Yordle and Gen.G assumed Baron control. They mounted a last-ditch attempt to stop the Baron at 24 minutes, but Fly landed a crucial Event Horizon to zone Kingzone’s backline from the engaging Moon “Cuzz” Woo-chan, picking up four kills and ending the game just a few minutes later.

Game three was as back-and-forth as they come. After a much more reserved early game from both sides, Gen.G got a small lead after Fly found first blood onto Cuzz and Han “Peanut” Wang-ho secured the Mountain Drake. The first major teamfight broke out at 20 minutes around the dragon pit, but it only led to a two-for-two trade.

After a wrestle for control, Kingzone pulled the trigger on Baron 27 minutes in after picking Fly. But Kingzone were corralled into the back of the pit, leaving them open to the full force of Baron and Gen.G’s remaining four players. There were no survivors for Kingzone. Gen.G took the Baron and most of Kingzone’s base.

From there, it was only a matter of time. Kingzone were able to stall out the game for another 10 minutes thanks to Yoo “Naehyun” Nae-hyun’s Azir and his waveclear, but eventually, Gen.G found their window to close the game at 38 minutes.

Even though it was scrappy at points, both teams can come out of it holding their heads high. There were some small macro mistakes from both sides in game three, but games one and two were masterclasses in map control from both winning sides. It was a slugfest, but that’s not out of the ordinary for two storied teams like Gen.G and Kingzone.

The gap between the top five is now closing with only one series separating Damwon from the now fifth-place Gen.G. Keen eyes will be on Afreeca and Sandbox tomorrow, who will shake up the standings depending on the results.

Kingzone play Afreeca next on July 27, while Gen.G have a game against SKT on July 25.