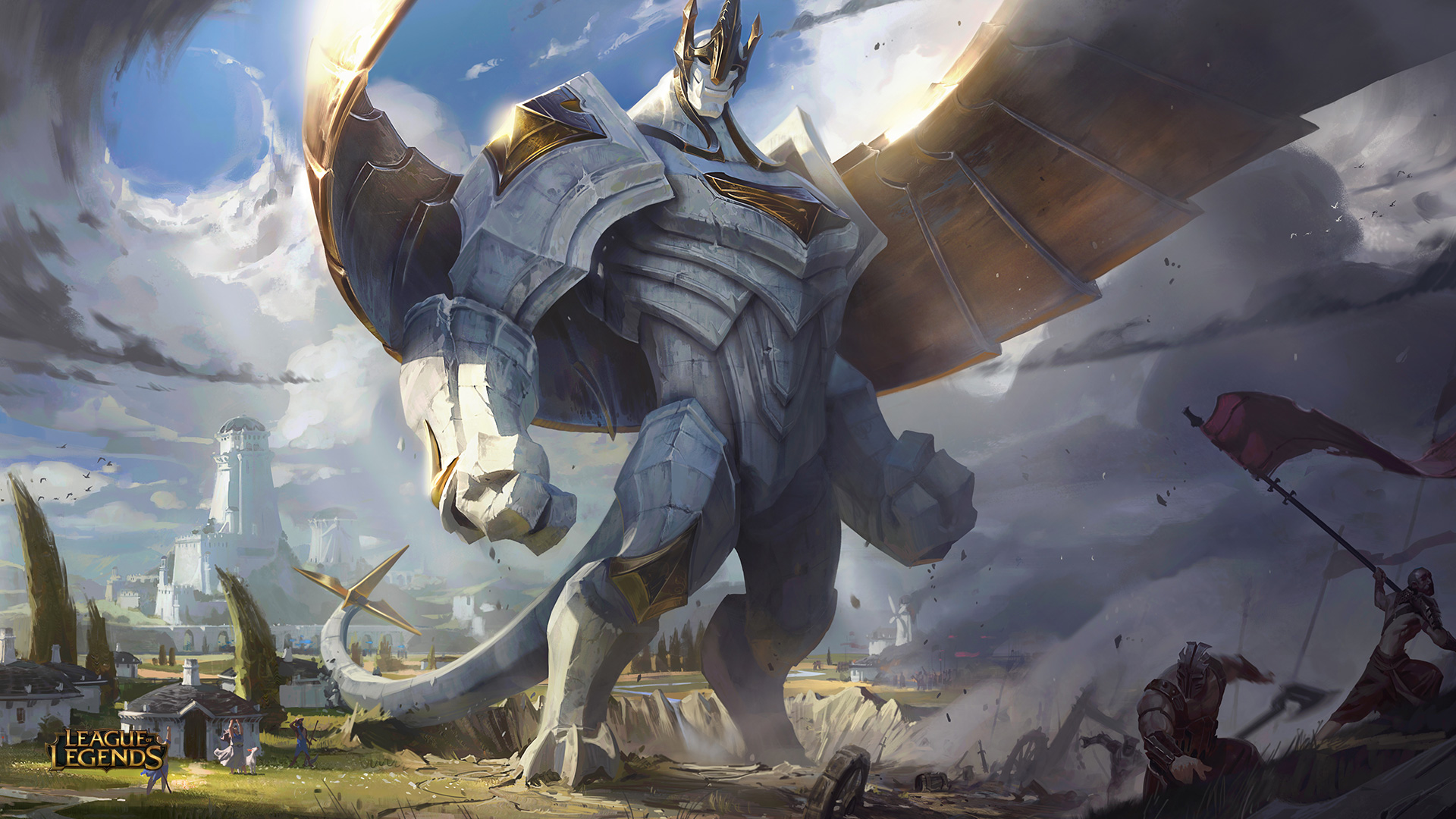 Galio’s champion update has now been officially revealed, with Riot Games showcasing the full mantra of his abilities, style of play and strengths. Find the full details of the reworked champion’s new abilities below, straight from Riot themselves.

Galio’s next basic attack deals bonus magic damage in an area, scaling with his bonus attack damage and magic resist. Colossal Smash’s cooldown is reduced whenever Galio’s spells hit a unique champion (once per spell).

Galio fires two gusts of wind that deal magic damage. Where the windblasts converge, a vortex that deals additional damage is formed, including bonus damage based on the target’s max health.

If Galio avoids taking damage for a moderate period, he gains a shield that absorbs magic damage.

(Hold): Holding down the W key causes Galio to enter a defensive stance, gaining damage reduction but moving significantly slower. This channel can’t be interrupted even if Galio gets hit with a crowd-control spell.

(Release): When W is released, Galio taunts nearby enemy champions. The taunt’s range and duration extend based on how long he remained in a defensive stance.

Galio hops back to wind up for an epic haymaker. After a brief delay, he charges forward, dealing magic damage to enemies and knocking them up. Galio’s charge stops upon colliding with a champion or terrain.

Galio designates an ally’s current position as his landing spot, granting them Shield of Durand’s damage reduction for a few seconds. He then leaps high into the air, torpedoing to the place his targeted ally was when Galio activated Hero’s Entrance. When he lands, he deals magic damage to all enemies in the area and knocks them up. The knockup lasts longer for those in the center of the landing zone.