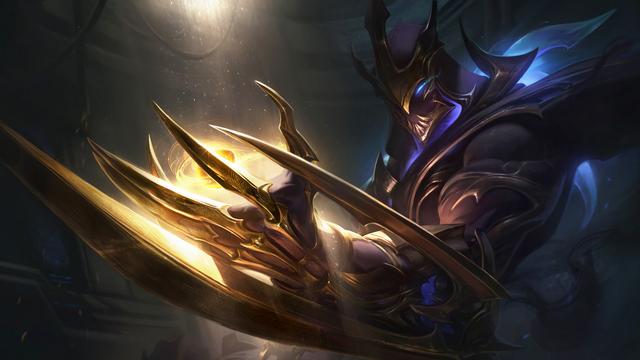 Riot Games released a new lore update today featuring a backstory behind Zed’s upcoming Galaxy Slayer skin as well as an update to the Odyssey skin universe to reflect its latest addition.

According to the skins new bio, Zed was raised by the Templar Order before an attack from the Demaxian Empire forced him to kill one of the legendary megafauna. The creature exploded and its ora consumed Zed, who survived the explosion but walked away with a maniacal view of the universe, seeking to rid it of weakness.

The Odyssey skin universe released with last year’s Odyssey event, a surprise event featuring six new skins, a new game mode, and event-themed merchandise. In the Odyssey game mode, players chose between Sona, Yasuo, Malphite, Ziggs, or Jinx to take on the evil Kayn as he sought to capture Sona from the Morning Star crew.

With the popularity surrounding last year’s Odyssey mode, however, many fans of the game are crossing their fingers in hopes that Galaxy Slayer Zed will release alongside a second surprise event.

Galaxy Slayer Zed is the assassin’s first legendary skin costing 1,800 RP with its own voiceover. As is typical of new skin releases, Galaxy Slayer Zed won’t have an official release date but will go live sometime during the 9.8 patch cycle.