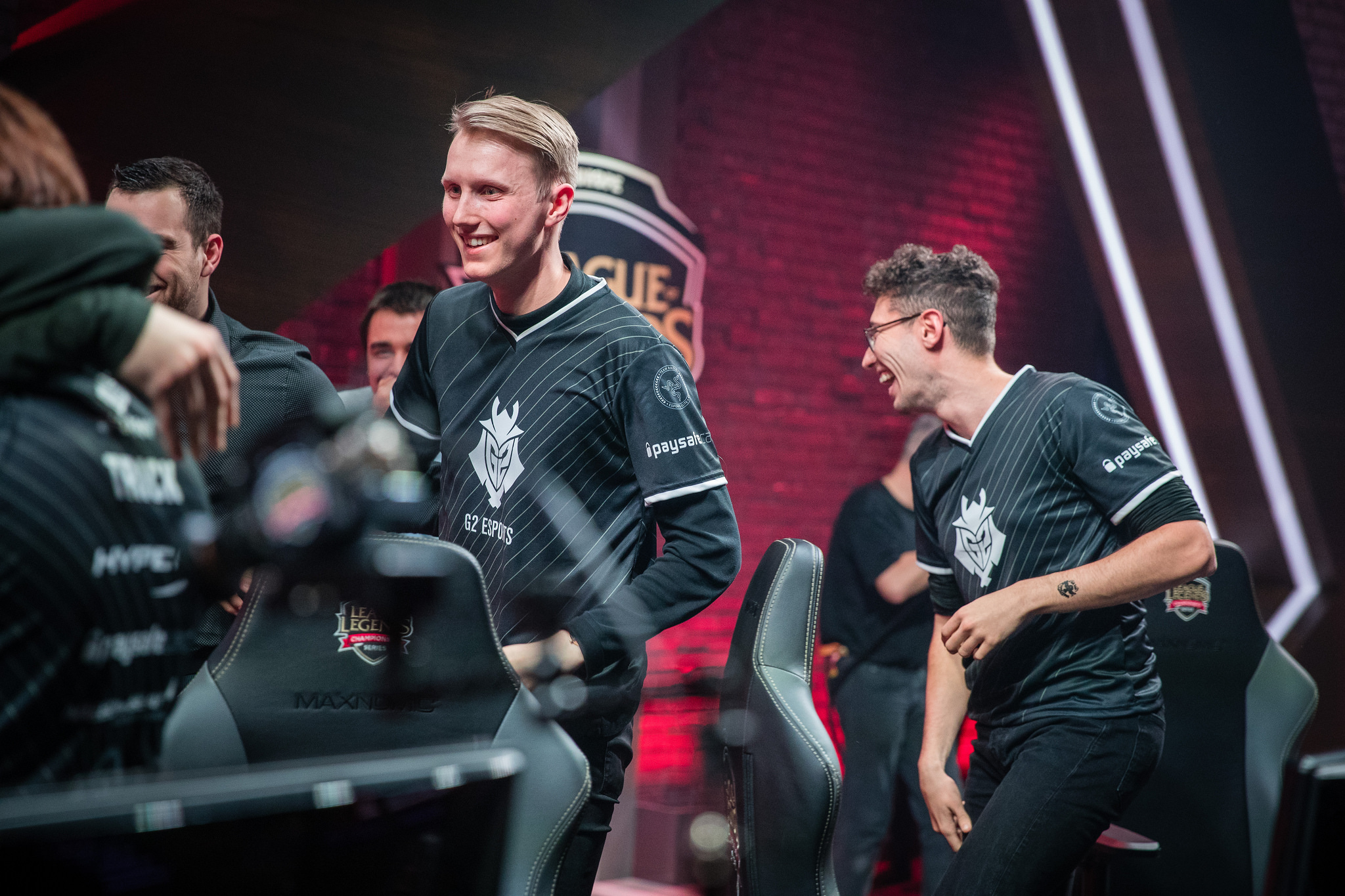 Since arriving on the EU League Championship Series in Spring of 2016, G2 Esports has dominated the European scene. Serving as stark contrast to their domestic success, where they’ve famously gone a full year without a loss, has been their performance in international tournaments. A combined 3:13 record at MSI and Worlds last year meant G2 didn’t even sniff the bracket stage.

After G2 was subbed in at the IEM World Championships in Katowice, we wanted to see if G2 (and the rest of Europe) could finally show up. The initial results weren’t promising. G2 lost in a discombobulating manner to Flash Wolves, who were hard to read coming into the tournament but now look like a favorite. That loss put them into the losers side.

But IEM’s unique double-elimination setup finally gave the team its first crack at a best-of series that lasts more than a game. The opponent? The last-place LCK team, Kongdoo Monster. Before the match, the casters described it as a bit of a no-win situation for G2: a win doesn’t really prove anything while a loss would be devastating for not only G2, but all of Europe. What message would be sent if the best European team couldn’t beat the worst Korean squad?

With a lot of pressure on their shoulders, G2 came out in game one…slow. They curiously picked an extremely safe duo lane for ADC Jesper “Zven” Svenningsen and support Alfonso “mithy” Rodriguez and just waited for their power spike. That allowed jungler Kim “Trick” Gang-yun to play around the solo lanes, and eventually, he started taking advantage of G2’s superior mid game spike. Slowly but surely, they took control of Kongdoo’s jungle and patiently sieged down the turrets.

Seeking to accelerate things in game two, Kongdoo managed to get LeBlanc for mid laner Lee “Edge” Ho-seong. He made good on that champion, making G2 mid laner Luka “Perkz” Perkovic look silly with an early solo kill. Perkz has had boneheaded moments in the past, and this one helped Edge snowball. Edge went 7/0/2 with 100 percent kill participation and Kongdoo’s fast victory meant they had the benefit of side selection in game three.

One focus of the Kongdoo draft in the last two games was banning out Mithy’s champion pool. That led him to play red-side Leona in game three. We haven’t seen a Leona in competitive play for a LONG time, and Mithy made us wonder why. Again and again, he teamed with Trick and Perkz to set up death bushes that Kongdoo was more than happy to walk into. Eventually G2 just became too strong.

G2 finally picked up a win in an international series but their work is not done. They are still on the loser’s side of the bracket and next up is Unicorns of Love, who pushed them extremely hard in LCS play a couple weeks ago. G2 should again be the favorites. They just have to prove that they deserve it.