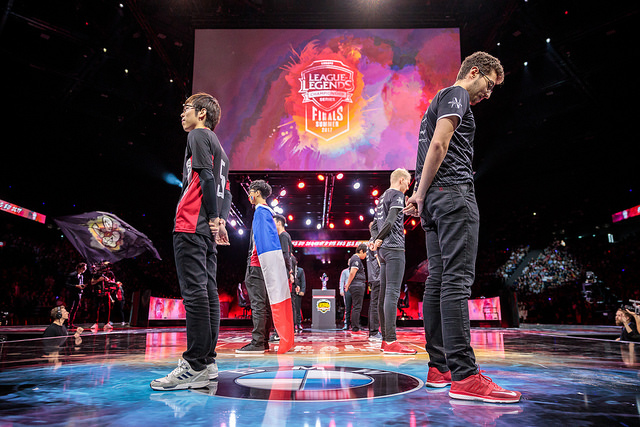 The European League Championship Series 2018 Spring Split kicks off with a rematch of the finals from the 2017 Summer Split.

G2 Esports and Misfits will head to the Rift with hopes of becoming the first team to record a win for the year. For G2, it’s a chance to show they have not missed a beat despite changing much of their roster, while for Misfits this is a shot to take their first step in becoming the new kings of Europe.

In the Summer Split last year the teams each won one of the two series they played. Misfits won the first series 2-1 while G2 won the second series 2-0. The teams also met in the playoffs for that split with G2 sweeping Misfits 3-0 in the finals.

Last year’s results may not have a huge impact on their upcoming meeting as both teams have new-look rosters. Luka “Perkz” Perkovic is the only remaining member from last year’s G2 team, with the new roster comprised of talent from other EU LCS squads. Misfits retains the majority of their roster, but picked up Chres “Sencux” Laursen and Mihael “Mikyx” Mehle from Splyce to replace Tristan “PowerOfEvil” Schrage and Lee “IgNar” Dong-geun.

G2’s biggest roster departure may be the loss of coach Joey “YoungBuck” Steltenpool. YoungBuck helped lead the team to four straight championships and without him G2 may lose their strategic advantage. Misfits keep their coach, Syed Hussain “Daku” Moosvi, who innovated strategies to bring the team to a close series against SK Telecom T1 in the quarterfinals of Worlds, and find success last year.

Though this is both teams’ first game together, we expect G2 to struggle more because they kept just one player from their championship-winning 2017 side. Misfits only changed two positions, and the players picked up for those positions were teammates who should have good synergy.

The match-up to watch this game will be the duel in the top lane. Martin “Wunder” Hansen was a strong presence for Splyce in past splits and has been able to hold his own against Europe’s best, now he must continue that trend for G2. Barney “Alphari” Morris has long been hyped as one of the best European tops and did not disappoint last year for Misfits. Both players have a strong potential to carry, and whichever team wins top may well win the game.

The series will look different from Misfits and G2’s matches last year, due to the roster changes and the switch of the format back to a best-of-one series. We give the edge to Misfits for this match. Misfits are more likely to have better team synergy, they kept their coach who has proven success in the EU LCS, and each lane is either even in skill or Misfits has an advantage. G2 will need some time to become well-rounded as a team while Misfits have a successful core right now.